When students walk into their first college class, they learn two things quickly – college courses are more challenging than what they’re used to, and professors might expect more from their students than they did in high school. Most colleges demand more to prepare students for what comes next.

It’s quite an adjustment, especially for those who moved away from home to start a new life. Being on their own might mean that, for the first time, students have to get a job to support themselves. But how much do college students stress about money?

In a new study, CollegeFinance.com surveyed more than 1,000 recent graduates to discover which money matters college students stress about the most. From student loans to surprising costs, they looked at it all. 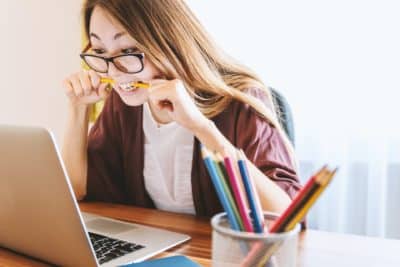 Financial Preparedness And Debt During College

While there are fun experiences to be had on college campuses, there are many different things that can cost students money beginning on day one. Whether it’s class fees, dorm costs, or book rentals, college can be expensive.

How prepared for college were the students who they surveyed? The study reported nearly 1 in 3 recent college graduates said they were entirely or mostly unprepared to handle their finances during college.

Graduates who accrued the most debt were generally completely unprepared and very stressed. Those who did not prepare at all for college graduated with $36,517 in debt, on average. Those who were the most stressed finished with $40,757 in student loan debt which is about $3,500 more than the average.

Just 13.1% of 2019 graduates reported feeling completely prepared to handle their finances during college, which might explain the large amount of credit card debt. While credit cards can be both useful and dangerous for those who don’t understand interest rates, having a credit card for emergencies and for building credit in college can help start responsible students on the right path post-graduation.

Some students are lucky enough to forgo working while they are in college, but for others, that’s simply not the case. The survey revealed that 1 in 5 respondents worked full time during college. Was it helpful to work while in college? Those who had a full-time job reported being the most prepared to handle their money.

But those who did not work during their college years felt more prepared than their counterparts with part-time jobs. The least prepared people did not have a job while in college. Those who were fully or somewhat prepared to handle their finances during college were the most likely to have a job lined up before graduation.

Do stress levels change depending on how graduates pay for college? According to the study, the most stressed students took out private student loans (25.1%). Among the least stressed people were those who earned an income during college and those who used personal savings to pay the costs.

The top three expenses that were more costly than students anticipated were books (72.8%), tuition (59.2%), and parking (57%). And the most stressful costs were tuition, housing, essentials, social activities, and books.

What were some of these students’ biggest regrets? More than 2 in 5 said they incurred too much debt. Those students averaged $38,981 in student loans upon graduation. But the second spending habit people wished they could take back was wasting too much money on nonessentials (39.3%).

Hindsight is 20/20, and we all might look back and see things we could have done differently during our college years. Perhaps the best way to amend the past is to educate college hopefuls on the realities of student loans and how they can affect their future. 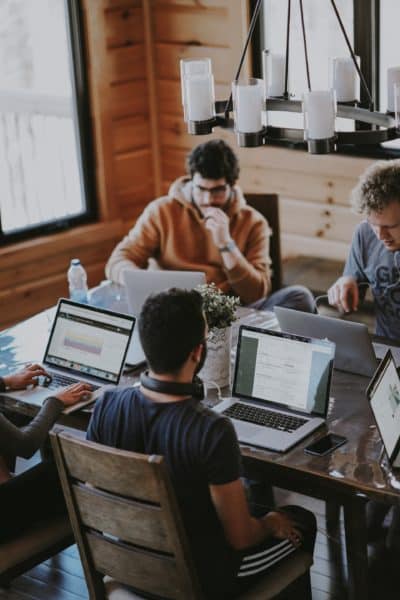