Over the past few years, cryptocurrency has gained popularity as the new big global phenomenon, but there’s still a lot to learn about this evolving technology. As of now, cryptocurrency has become a hot topic, especially after the value of Bitcoin fell by 30% on Wednesday.

Not just Bitcoin, but almost all cryptocurrencies suffered a drop in their values right after a statement was posted on the Chinese Banking Association’s website refraining financial institutions from using digital currencies due to their volatility. To some, this might be the end of the crypto market, but Jason Hope, being a leading futurist thinker, has a different perspective.

According to Jason, Blockchain technology has always been evolving and the sudden drop in Bitcoin’s value is just a part and parcel of it. The futurology guru thinks that cryptocurrency will and is changing future businesses. Let’s explore his research and find why he thinks that Blockchain still has a future! 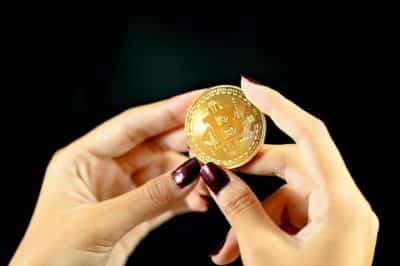 The Promise Of Crypto For Ecommerce

The soaring eCommerce market needs digital currencies more than ever. Especially due to lower online transaction fees for eCommerce sites, both businesses and customers prefer paying through crypto-coins instead of using their credit cards. As per Jason’s research, transactions made through cryptocurrencies are either fee less or as little as 1%.

On the other hand, using credit card companies like Stripe means that customers have to pay a transaction fee of 3-5% on each purchase. The benefit of “Fee-less” transactions through digital currencies will serve as a major game-changer for future eCommerce businesses.

As the leading futurology guru, Jason Hope predicts that businesses will soon require a more secured online transaction system, especially to gain the trust of their customers. The need is already there, but people are unable to identify a solution right now. Using digital currencies here will reduce fraud to a whole other level.

Fraudulent returns and chargebacks have a very negative impact on businesses, but with the use of Blockchain technology, these fraudulent charges can disappear without any hassle. Moreover, customers will be more confident paying through their cryptocurrency wallets instead of giving up their credit card details without worrying about hackers and cybercriminals.

Investing For The Future

Jason Hope has a clear stance regarding why and how cryptocurrency will bring in more investment opportunities for entrepreneurs. He thinks that opting for the traditional private capital fundraising methods is no longer a viable option because early-stage companies with high growth capabilities can get a lot more with digital currency investments. Cryptocurrency serves more as a gateway for any entrepreneur to invest in new and exciting technologies and products that have a huge potential for growth.

To back this stance, Jason quotes an example of Erik Finnman, a teenager, who invested in Bitcoin in 2011 and later became a Bitcoin billionaire by the age of 18. Jason states that such huge investment success stories would not be possible if people keep following the traditional private venture investment methods.

Without a doubt, early-stage companies have always struggled to raise capital, but these digital currencies are about to make the process easier than ever. With the ICOs, startups can now easily raise capital cheaply and easily through the wide pool of global investors. As soon as a company raises capital, it’s immediately reflected by the market and that’s where share trading starts.

The point where shares are traded is the point where the company gets large amounts of liquidity. Again, Hope reveals that raising capital through following the traditional methods will be a lot more challenging for startups than simply using cryptocurrency investors. It’s a more viable option that brings quicker and more effective results.

According to Hope’s analysis and research, the transaction of value between peers will become a lot easier using cryptocurrency as there won’t be any centralized authority involved. Compared to the traditional payment networks, cryptocurrency will be a much more profitable, efficient, and quicker option. Companies have already started accepting cryptocurrency payments because it saves them from paying transaction fees, and it brings them faster settlements.

Jason predicts that the time is near when startups would no longer have to go through the long hassle-full process of opening business bank accounts to receive funds or distribute them. An example here of  Overstock.com backs his prediction.

Overstock.com was the first to accept Bitcoin payments and in the first 22 hours, it literally got $126,000 worth of Bitcoin through 800 orders. Since then it has received cryptocurrency payments worth $403,000.

As per Jason Hope’s research, cryptocurrency transactions are done quickly as it’s all done electronically, so the confirmation happens within seconds. Business parties won’t have to wait for their big mergers when using digital currencies to close deals. The confirmation message arrives quickly, and the deal can be signed off right away.

What the world sees right now is just the volatility of cryptocurrency and this mainly is the cause why Bitcoin’s value dropped earlier. However, as Jason always sees the bigger picture, he has a clear stance that cryptocurrency will be changing future businesses at a whole other level. Even after the drop in value, big companies like Square and Twitter are still major proponents of Bitcoin.

Then there’s Overstock.com accepting payments in Bitcoins and recently MasterCard announced that it would start supporting cryptocurrency payments. Moreover, more than 300,000 Bitcoin transactions occur every day on average. Keeping all this action in view, it’s clear that Jason Hope has a point.

Blockchain technology is here to stay and some dropped values or volatility won’t stop it from making a change in the world, especially in the business industry. Jason Hope’s perspective makes a lot of sense, especially if we consider the reasons and examples stated by him regarding why and how cryptocurrency will change future businesses.

As far as the volatility is concerned, Jason predicts that the currencies will soon become stable enough for companies to start integrating them. For now, all we have to do is sit tight and see how far Blockchain technology takes us! 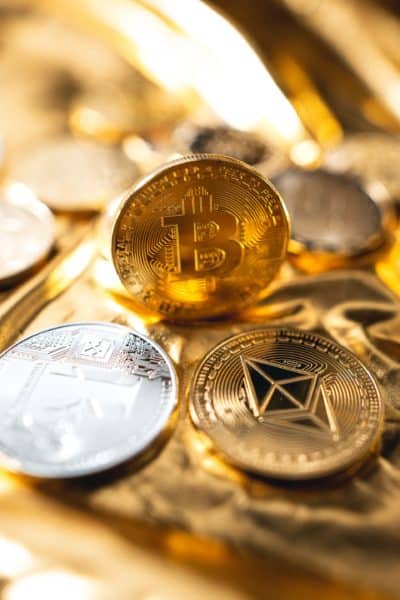