It’s Time To Address Unconscious Bias In Your Organization

As professionals in HR, we have a great deal of influence on what our organization comes to look like. From who we hire to which candidates we back for promotions, an HR team often shapes businesses more than most people realize.

With this level of organizational power also comes a great deal of responsibility. If an HR team suffers from unconscious biases and does nothing about it, they’re the first point of contact with a business, leading to a knock-on impact within every department across the organization.

Understanding and addressing unconscious biases is the first step toward creating a more efficient business. From hiring the very best candidates to ensuring that your employees are fairly compensated for the hard work they’re putting in, a bias-free workplace comes with a range of benefits.

In this article, we’ll turn to how unconscious bias manifests within the workplace, outlining exactly how you can begin to overcome any biases that are impacting your business. 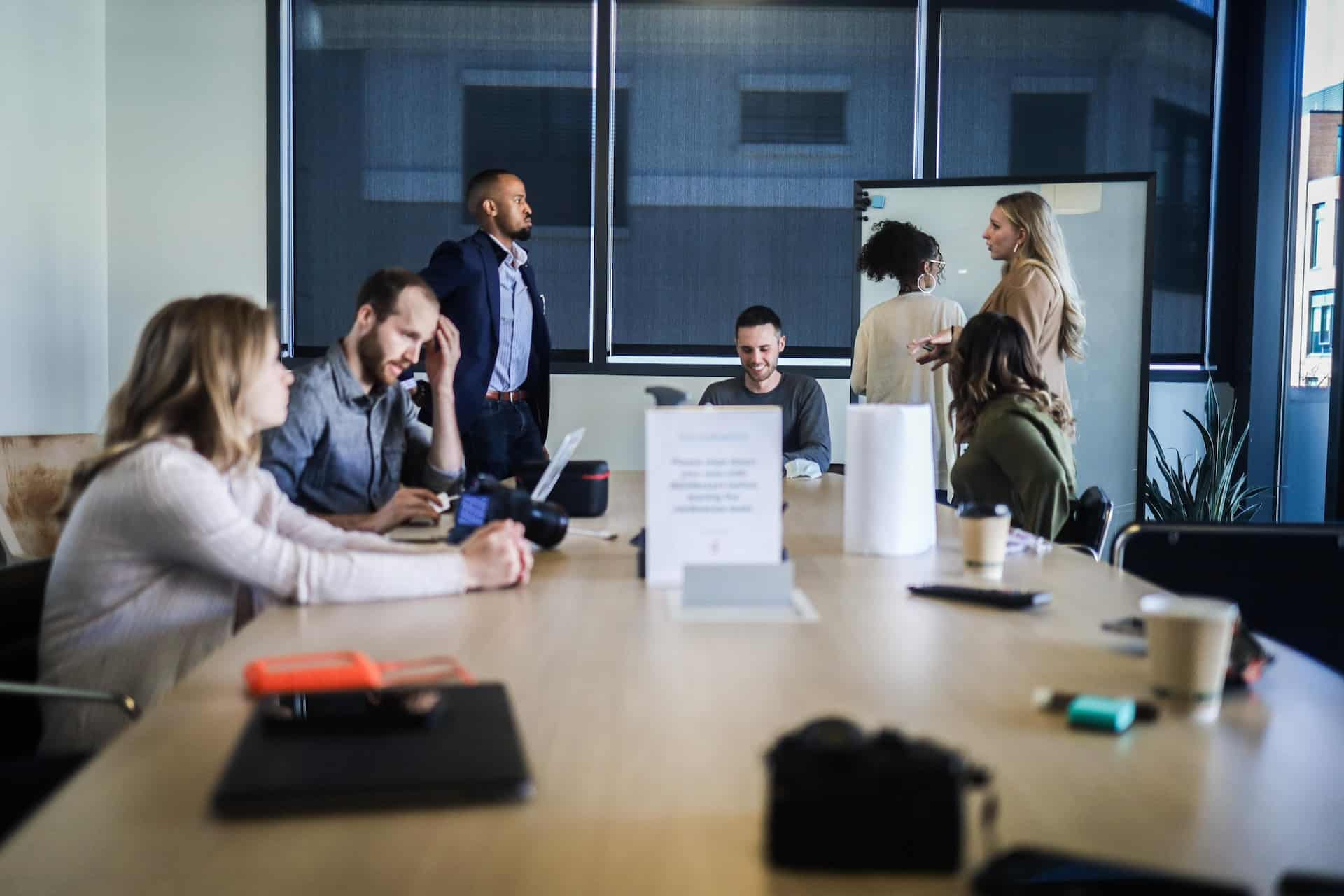 What Is Unconscious Bias?

Unconscious biases are stereotypes that are built up throughout a person’s life due to continual influences. These influences might be as direct as forming a similar view to your parents, or they could come from media and stereotypes that you’re exposed to as you live your life.

The unconscious part of this is defined by the Imperial College of London as an implicit bias. That is to say that it impacts everyone and is formed without the direct knowledge of the person themselves. While unconscious bias isn’t something that many people realize they partake in, it is a factor that impacts absolutely everyone.

These biases may develop and manifest in many different ways within your life. In the workplace, they can cause unfair hiring practices, with the unconscious tendency to favor candidates that are most like you (affinity bias), leading to a very narrow workplace.

What Types Of Unconscious Bias Are Most Common?

Over the past few years, the general awareness of unconscious bias has gone through leaps and bounds. While most people were not aware of this term as little as three years ago, a lot of progress has been made to ensure people understand their own unconscious biases.

Especially in the workplace, unconscious bias is actually fairly easy to uncover. If, after a year, you review all of the candidates that an HR manager has hired in terms of diversity and see a clear lack, then you can pinpoint a strong bias they may hold. Of course, people aren’t doing this on purpose; unconscious bias over an extended period of time often comes from a lack of awareness and education.

The best way to address any bias is to pinpoint it and actively work on consciously overcoming this viewpoint. A study by HBR revealed that awareness is key to overcoming unconscious bias, which is why many workplaces will introduce diversity training into their internal onboarding.

Within the workplace, the leading unconscious biases that are often noticed are:

While not an exhaustive list, these are the areas where unconscious bias most commonly enters into the workplace. From hiring all the way to picking candidates for promotion, these factors continually play a part in the lives of individuals.

How Does Unconscious Bias Impact The Workplace?

If the past few years have taught us anything, it’s that unconscious bias is absolutely everywhere. From daily interactions to the very core of workplace dynamics, bias interjects and skews perceptions. The workplace is one of the places where this is most directly seen, with the hiring and promotion records of businesses making this easy to trace.

Within the workplace, unconscious bias impacts organizations on a daily basis:

Let’s break down these areas further:

Within The Hiring Process

Unconscious bias in recruitment is often one of the easiest factors to spot, as well as the fastest to remedy. Within the hiring process, an HR manager is tasked with moving through CVs, conducting interviews, and finally selecting winning candidates. Throughout this entire process, there are several points of interaction where bias can start to take its toll.

If left unchecked, bias could begin to impact the hiring process, leading to some of the best candidates being overlooked for their race, gender, sexuality, or age. If your hiring manager is suffering from affinity bias, then your business might not be receiving the best people for the job, but rather those that closely resemble them.

Over time, this can lead to a very unbalanced workplace, with hiring managers only bringing one type of candidate. Even if you have an array of qualified candidates, your workplace culture may not accommodate them, leading to them being culled from the process at the final hurdle time and time again.

One of the psychological impacts of unconscious bias can be thinking that a candidate is more or less qualified than they actually are. This happens all the time, especially in terms of offering two candidates different salaries due to their gender. Within a study at Yale, it was demonstrated that the median salary across different departments showed a huge gap between what female and male candidates were being offered.

Across six different departments, the results were the same almost every single time. Female candidates were offered anywhere between 10%-25% less money for exactly the same job. This is repeated across almost every industry, with women being offered less for the same role as their male counterparts.

Within your business, an easy way to detect this is to look through your departments. There will be several roles that are incredibly similar. By working out how much you pay male staff vs. female staff in a department, you’re able to quickly summarize the gender pay gap that could be happening in your business. While this is unconscious, it is incredibly prevalent, meaning this would be a great place to start for internal investigations.

Of course, fundamental biases in how your hiring process works will create large-scale imbalances when continued over time. Considering many people in business are only recently becoming aware of their biases, the systematic overlooking of candidates has already raged for decades.

With this in mind, it’s not surprising to see that only 8.8% of CEOs in fortune 500 companies are women. Additionally, only 6 CEOs in the same list are black. At the very highest level, the continual tendency of white and male colleagues to overlook anyone that doesn’t look like them has led to a narrow hierarchical structure.

At a C-suite level, on business and hospital boards, and even in educational institutions, candidates that are female, black, or don’t fit into the structure already laid out by decades of bias are being passed over. Without actively making changes to how your business works, this problem only begins to repeat time and time again.

Unconscious bias cannot be defeated in a single day. It’s a methodical process that has shaped the way the world does business for generations. If you’re in a position of power in your business, you can be the catalyst that shifts your entire organization onto an equal path.

What Can My Organization Do To Prevent Unconscious Bias?

It’s important to remember that absolutely everyone suffers from unconscious bias. Pointing this out isn’t an attack on certain groups, but rather a method of pointing your business toward a fairer system of operation. When addressing unconscious bias, much of the battle circles around open discussion and education.

One of the best ways to get the ball rolling is to conduct an internal diversity and inclusion survey. With this, you’ll have access to concrete data about how bias has shaped your organization. Look at your hierarchies, which candidates are where, your % of hires that fall into different categories, and the salaries that you’ve offered to different candidates over time.

With a basis in data that’s harvested from your own business, you’ll be standing from the point of objectivity, which can help persuade some of your more hard-headed employees that they might be unconsciously contributing to this system.

After conducting this study, there are several main ways that you can begin to change the tides around bias in your organization:

Turn To HR And Hiring Tools

In our modern era, there really is a tech tool for everything. Luckily, we can turn to these HR tools to make the hiring process much fairer. There are tools that will strip personal details off CVs in order to create blind hiring. Equally, AI tools can skim through CVs and select candidates that are statistically most fitting for the role.

Beyond using tools, you can ensure that your hiring process is as fair as possible. To do this and avoid any affinity bias, you can make sure that your HR panel is diverse. Starting from a point of diversity will ensure that you continue that way going forward. Creating equal structures will start in HR and then trickle down to all parts of your business.

Education, education, education; you can never go wrong with investing in training for your staff members. Helping people to not just understand that they have unconscious biases, but the reasons why they should aim to fix them, can help to change mindsets.

Many close-minded employees might not see a problem with holding unconscious biases. Their perspective might be that if something has been done a certain way for such a long time, why change it?

To help these individuals overcome their perspectives, you can include mandatory training around diversity within their onboarding or ongoing workplace education modules. According to research done by the University of Wisconsin, the most effective way of training people to overcome unconscious biases is to have people participate in prejudice-breaking habits.

Over a period of time, you can have people label any biases that come across their minds. By identifying whenever they experience an unconscious bias, stopping, and labeling it, they convert that into a conscious understanding. From there, it’s much easier to start to remedy these associations and put a stop to their unconscious bias.

No matter where you’re based in the world or what your personal background is, it’s important to realize that you, too, suffer from unconscious bias. Of course, that doesn’t mean there isn’t anything you can do about it. The first step is to acknowledge bias and then work toward overcoming it.

Within your workplace, making people aware of the unconscious biases that they hold will help motivate them to build a more inclusive workplace. When you consider all candidates equally, you’re able to build a stronger organization with the best possible hires.

On every level of your business, addressing and overcoming bias is a leading method of driving progress. Yet, none of the positive changes come without a little hard work beforehand. Understanding how unconscious bias impacts your workplace will help you encounter effective methods to remedy the historic malpractices that you’ve been following for decades.

If you’re not already looking into unconscious bias in your business, you might be part of the problem. It’s time to change that. 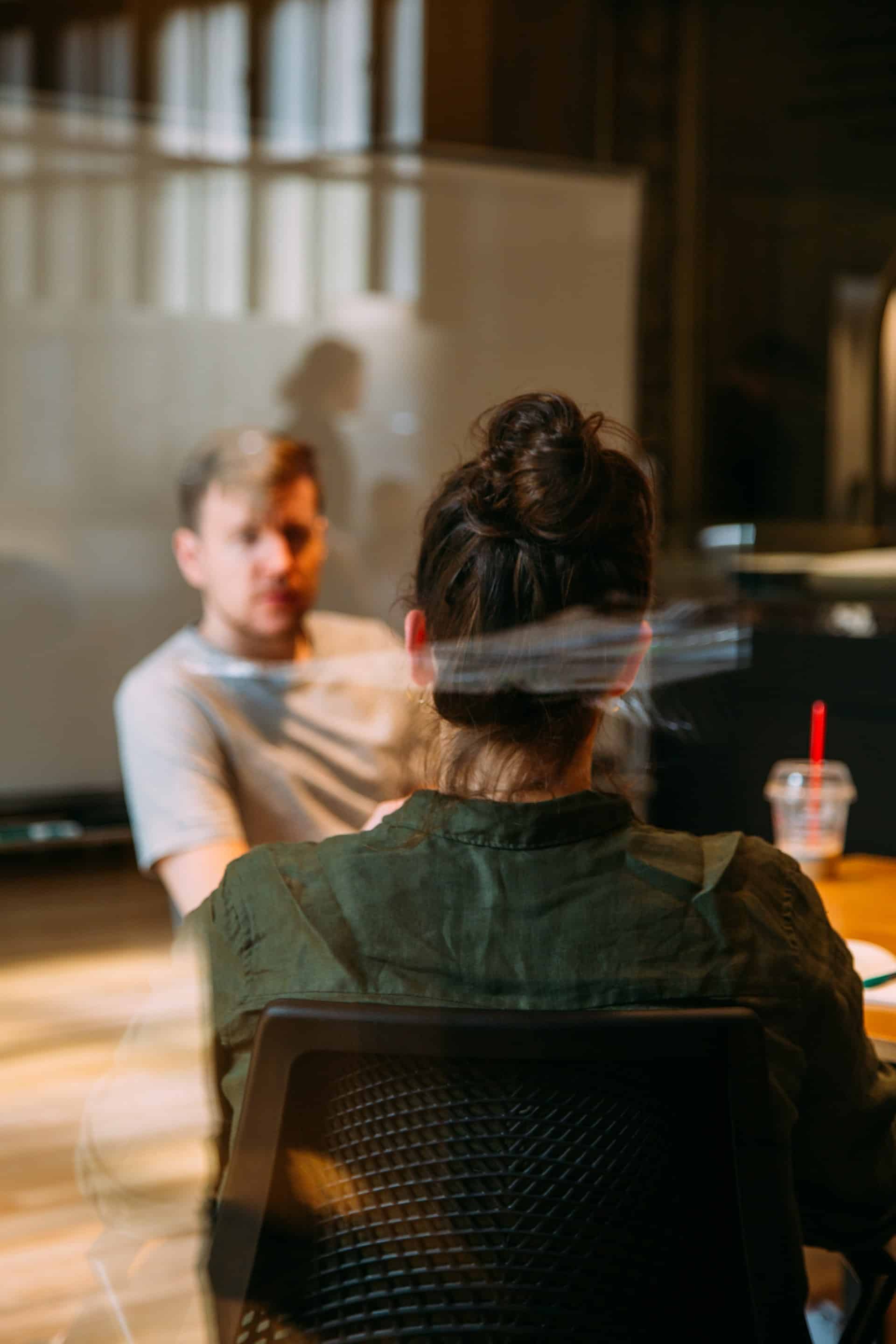