Seven Most Used And Important Flowchart Symbols You Need To Know

Whether you’re a business owner or a team leader planning to create a flowchart for your workflows or you’re an individual interested in adding flowchart reading to your skill sets, the first thing you need to know is what the major flowchart symbols are.

Flowchart symbols are the tools we use in creating flowcharts. There are diamond shapes, rectangle, oval, etc. And each one sends a different message.

This article aims to educate you on the most used and important flowchart symbols that are there. Read and enjoy! 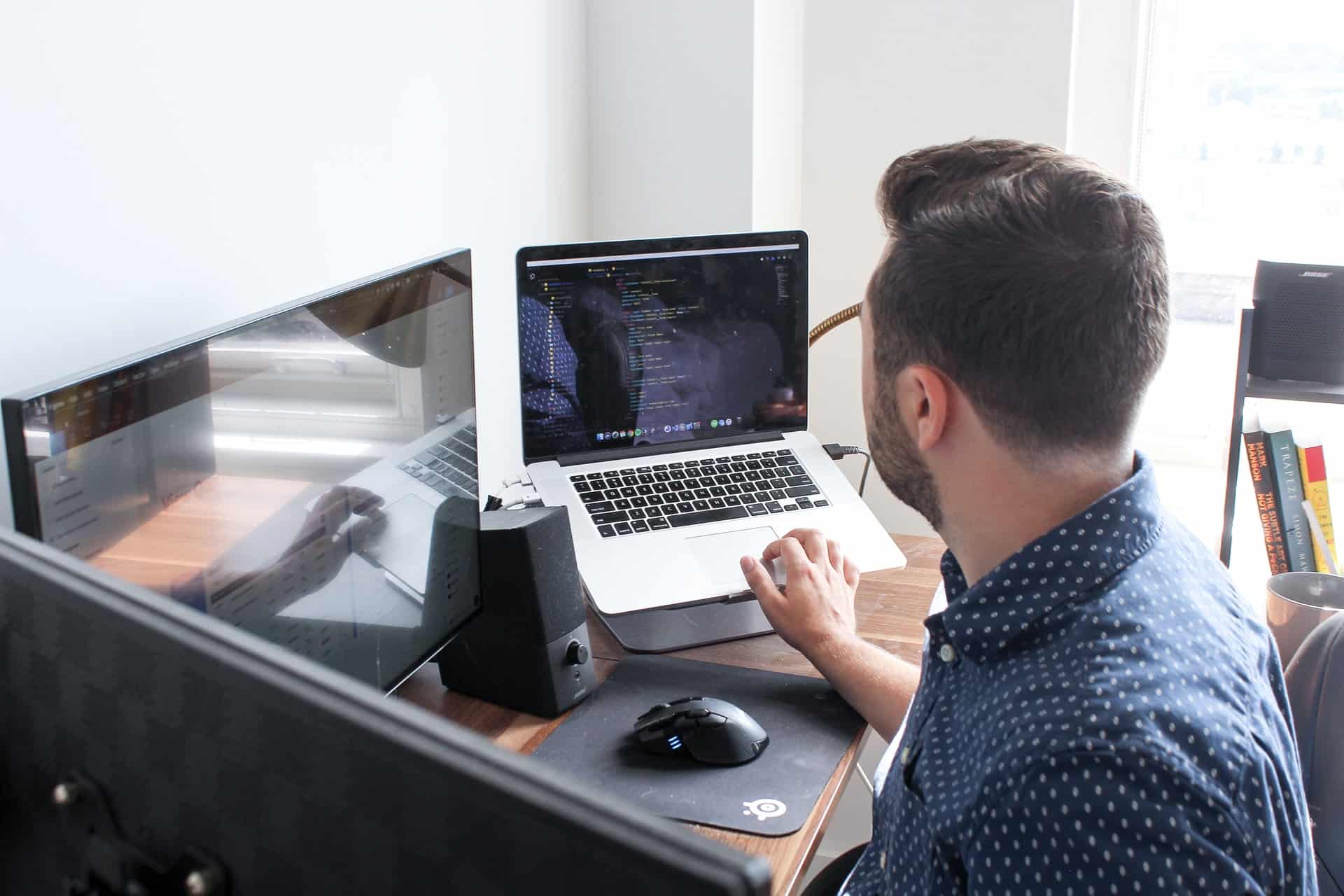 Also known as the terminator, this is the symbol used to indicate the start and finish position of a flowchart. If you haven’t included terminator symbols in your chart (at the beginning and at the end), then your chart is considered incomplete.

How Does A Terminator Look?

Regardless of the flowchart maker, you’re using, a terminator will always come in an oval shape, or better still, in the shape of a pill. 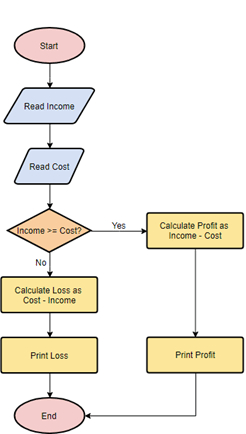 Also known as the activity/step/process symbol, this symbol is used to indicate when a process is going on or when an action needs to be performed. For example, in the terminator case study above, you’ll notice there’s a rectangle-shaped symbol just below the diamond stating that the reader should “calculate Loss as Cost – Income.”

In that example, the activity symbol is serving the purpose of dishing out instruction. In other cases, you could see it being used to indicate a business operation or processes. For example, package material A, Scan and photocopy documents, move products to the warehouse, etc.

There are times within a flowchart when crucial decisions need to be made. For example, times when you need to make a choice between this and that before moving forward. To indicate these kinds of situations, we use a diamond-shaped symbol.

So, as a flowchart reader, anytime you see a diamond-shaped symbol anywhere within a chart, know that you’re expected to make a decision (usually a binary one) before proceeding.

Case study of a decision symbol in use: 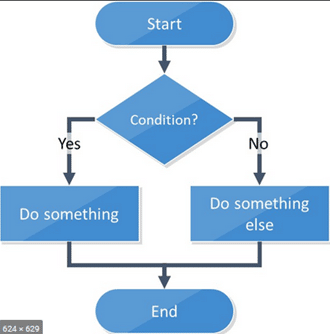 Also known as a delay symbol, this symbol is used to indicate when a delay is necessary in an organization’s process.

For example, it is used when a team leader intends to put a task in waiting or when a team member awaits a response from others before proceeding further.

As you know, there are times within an organization when workers need to await instructions or data from one department before proceeding with their own duties. To indicate this sort of action in a flowchart, the delay symbol is employed.

Case study of a delay symbol in use: 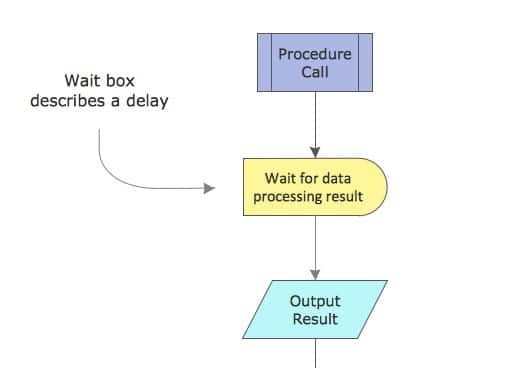 The cylinder-shaped symbol is used in flowcharting to indicate database.

Side Tip: What is a database? A database is a place where data and information are stored, searched for, or sorted. 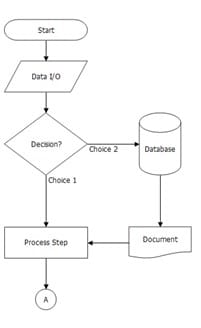 If you’re a type of organization that uses database, and will like to represent this in a chart, you’ll need to call upon the cylinder-shaped symbol. For the sake of clarity, you may indicate the name of the particular database being housed within the cylinder on the symbol.

The Document symbol marks the output of the activity that will be documented. Given a rectangle and a wave-like base, it is most commonly used for reporting purposes.

As this flowchart symbol example, we can make a presentation, memo, letter, email, or order.7.

The circle-shaped symbol is typically small and is used as a Connector to show a jump from one point in the process flow to another. They’re also known as the connector symbols. Connectors are usually labeled with capital letters (A, B, AA) to show matching jump points. They are handy for avoiding flow lines that cross other shapes and flow lines. 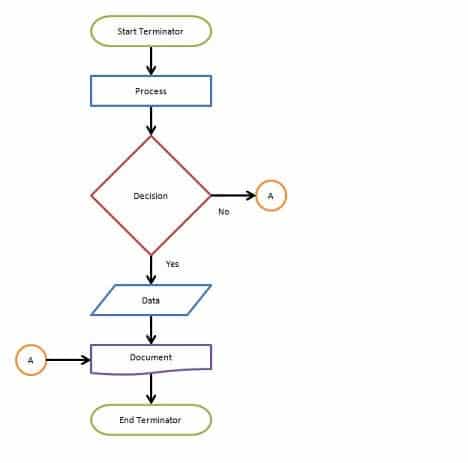 That is, instead of drawing lines (connection arrows) on other lines or across other shapes because you want to relate a process at one point with another process at another point, you can simply use a connector to indicate the connection.

By and large, a connector directly connects separate elements across one page. 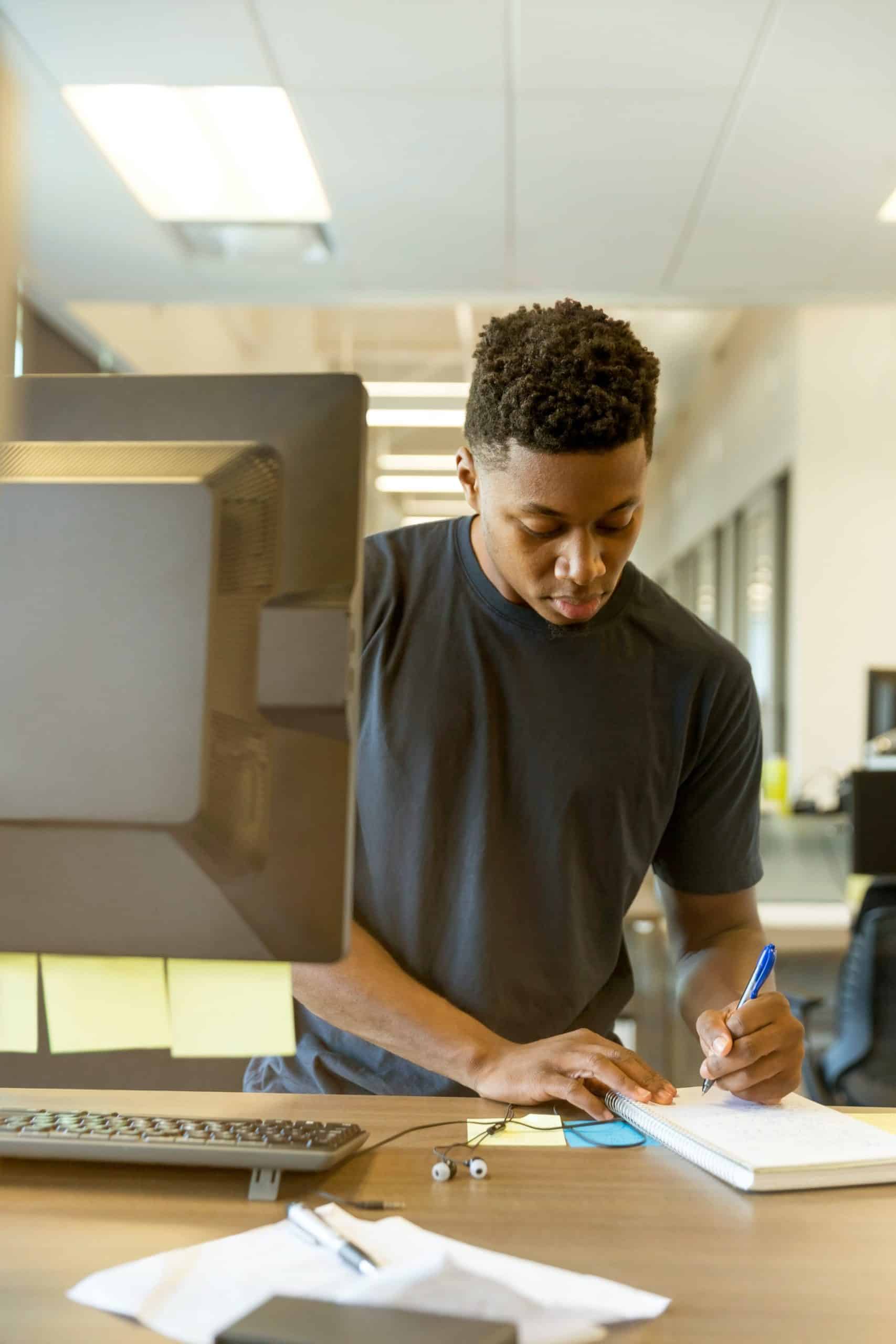