How To Improve Your Formula 1 Watching Experience

Formula 1 is loved by millions, it is one of the most-watched events with the highest number of viewers. It is also the number one motorsports event in the world. F1 is also one of the oldest massively organized motorsports events, initialized in 1950, followed by other motorsports such as karting, rally, and other endurance racing motorsports that came later such as Nascar.

Motorsports started long before that, though, just around the turn of the 20th Century (1890-1910) approximately when automobiles were invented and started to be driven by the public. Even racing circuits, per se, were not invented until the 1910s.

Before that, auto racing was about contests comprising a few of the earlier cars, and sometimes some city-to-city racing. These primitive forms of racing known as contests and auto racing were held before the entire world embraced motorsports at a global level.

Formula One, popularly known as F1 for short, is known mostly for the low-sprung, blazingly quick F1 cars that are the signature of the event. Even though F1 has its roots in the European Grand Prix which took place from the 1920s onwards, F1 officially began in 1946. 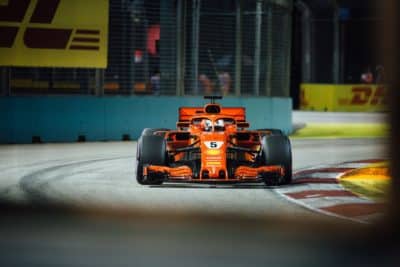 In the beginning, earlier racing cars such as the big supercharged front-engined Mercedes and Alfas (that have nothing to do with modern F1 cars) were those racing on a track. It wasn’t until the early 70s that the F1 car as we know it appeared, and the sport started drawing huge crowds and legendary circuits were being built.

Following the global shutdown and the pandemic that started in early 2020, major events like motorsports took a huge hit. That is until races without an audience were figured out. As a result, motorsports broadcasting lost millions of viewers and immeasurable profits.

Thankfully, F1 is now back to its old glory and the world is opening back up in terms of the ability to travel, while motorsports events and other large sports events can be held with audiences. In 2021, major sporting event broadcaster ESPN recorded the most-watched F1 season ever averaging 1 million viewers per race.

According to official statistics, in 2008 over 600 million viewers watched F1. In 2020, that figure dropped a bit to 433 million, but it is certainly picking back up again to rejoice in F1 fans all over the world.

F1 was predominantly a sport catering to European viewers before the U.S.’s Liberty Media purchased Formula One Group and the sport exploded on the North American continent. If you are one of the billions of F1 fans from around the world, you probably know that digitally streaming F1 online can have its annoying moments – such as geoblocking.

That means that you cannot watch F1 from wherever you are, because certain regions will block certain services and the subscriptions that go with those services. To solve this problem, you can use a very popular cybersecurity tool called a VPN.

What Is A Virtual Private Network?

A VPN (Virtual Private Network) is a cybersecurity (internet security) tool that is offered by various VPN vendors across app stores and websites for every device or operating system out there. Simply put, a VPN is network-related software that takes your internet connection and places it in a tunnel (which is why it is a tunneling protocol or PPTP.) This way, the internet connection is both encrypted (garbled) from prying eyes and the numerical address of your physical IP (computer’s location on the internet) can be changed.

This way, both your ISP and the rest of the internet cannot intercept or read your internet traffic. This is done by establishing a connection with a proprietary server (located all over the world with premium VPNs) offered by the VPN maker via the VPN software.

Why Formula 1 Is Better With A VPN

A VPN does not just offer encryption and the ability to change where your computer is located, but it greatly helps with watching F1. F1 can be watched via a local stream, local television, or what is the most convenient nowadays known as digital streaming (digital audiences.)

Digital streaming is huge, and there is no better way to enjoy F1 than by digitally streaming it from the comfort of your Smart TV at home, or even on the go via your mobile devices. To do that, you need a subscription with a broadcaster that offers an F1 digital streaming subscription so that you can follow all of the races, get informed 24/7, and enjoy bonus features. ESPN, F1 TV, Sling, Hulu, Sky Sports, Fox Sports, and many more allow you to watch F1 via digital streaming.

Now, dozens of countries have their proprietary digital streaming option. The issue is that, if you purchase a subscription, you might be geographically blocked. This means that you cannot watch American ESPN F1 digital streaming in the UK, because ESPN will only admit you if it recognizes your IP address is located in the U.S. This is where the magic of a VPN comes in.

Not only that, but a VPN can help you unblock alternative free online streams that you can easily access online, such as Russia’s Match TV, Luxembourg’s RTL, Switzerland’s SRF, or Brazil’s Band, among others. You may be on a business or leisure trip where you cannot access your digital streaming subscription, or you might want to change the commentary to another language.

You also might like to choose a particular digital stream for its features over another. Whatever the reason may be, a VPN can place your IP in the required destination for you to be able to trick the streaming service’s servers into unlocking the content for you.

This is how you can do it; 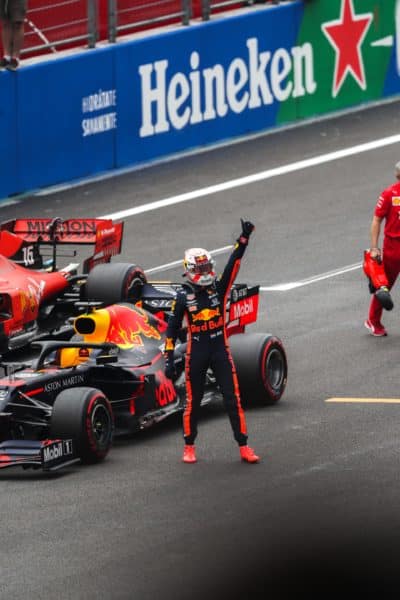