8 Attractions In Turkey That Everyone Must See

Turkey is a unique country because a part of the country is in Europe while the majority of it is in Asia. This in itself is an attraction for many and one of the top reasons why many people travel to Turkey. Turkey is not just geographically unique, the country is culturally unique too because it has been through a lot, many Empires have ruled over the country and a part of their culture has been imbibed.

There are many attractions in Turkey and listing all of them will be very difficult, but if you are on your first of many Turkey tours, it would be prudent to visit the following as they are a must-visit for every traveler. 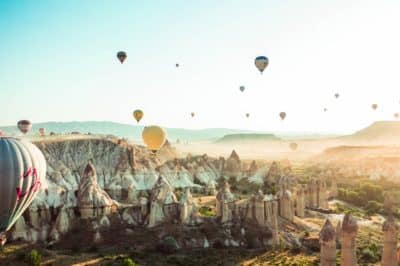 Hagia Sofia or Hagia Sophia or Aya Sofya is the most famous attraction in Turkey. It is a relic of the Byzantine era, having been made in the 6th century AD. It was the largest building in the world in its time.

Over the years and after many conquests the building which was originally a Basilica became a mosque and eventually it was turned into a museum. Recently the present government has again converted the Hagia Sofia from a museum into a mosque.

The architecture is remarkable and truly a tourist’s delight. Your Turkey tours should start from Hagia Sofia because you will be able to understand what all the country has gone through. You can see Byzantine, Roman, and Ottoman influences in one place.

The Topkapi Palace used to be the home of the Sultans. It is a UNESCO World Heritage Site. You can visit the palace and understand how the Ottoman Sultans lived and what their lifestyle was. It is a top tourist attraction and a must-visit for everyone on their Turkey tours. You can even visit the harem, the place where the Sultans kept a lot of women but to do so you need to pay extra.

Yes, Troy or Truva as it is locally known is in Turkey. Homer made Troy famous when he wrote about it in the Iliad. The Trojan horse trap was set here in Troy and you can see it even today amongst the ruins. A replica of the Trojan horse is set up here. The city is a UNESCO World Heritage Site.

It is believed that Alexander the Great visited Troy and even paid homage to the great Achilles. For history buffs, this is a great place to visit and you can also see ruins of many Greek monuments and Roman monuments. You should not miss visiting this place on your Turkey tours.

Most of us would have seen the beautiful photographs of fairy-like chimneys in our social media accounts. Well, those have been taken at Cappadocia in Turkey. The unique natural formations are a delight to the eye and a photographer’s dream.

You can trek and take wonderful photographs of these natural rock formations or better still you can go on a balloon ride early in the morning and take wonderful pictures of the landscape. There are many natural caves in the area which have been turned into churches and many caves are now luxury hotels and guest houses where you can stay.

One of the major attractions in Istanbul, it is also a must-see in your tours. The mosque was built in the 1600s and still retains its glory. The name of the mosque is due to the blue tiles in the ceiling of the mosque. The mosque is lit in blue light in the evenings and it is a beautiful spectacle to watch.

Aspendos Theatre built by Marcus Aurelius one of the greatest Roman Emperors stands to this day and is actually very well preserved. It was built in 155 AD and nearly twenty thousand people can sit and watch the scenes unfold on the stage.

It is famed for being the lengthiest stretch of sand in the Mediterranean. If you love the beach you will love Patara beach because there are no buildings anywhere nearby. You can also find loggerhead turtles here which are an endangered species. But the best part about Patara beach is that the village of Patara nearby is where Santa Claus or St. Nicholas was born.

A visit to Turkey without visiting Pamukkale cannot be considered as a visit at all. The meaning of Pamukkale is ‘cotton castle’. The beautiful landscape of white terraces laden with water should be seen to be believed.

You will feel that you have entered a different and enthralling place. You can bathe in pools of water and many people believe that the water has medicinal properties. There are ruins of Greek monuments nearby which also attract a lot of visitors.

When you plan your trip to Turkey make sure that you are using organizations like Memphis Tours who have been helping people visit the country for more than 6 decades. They will take care of everything and are thoroughly professional. 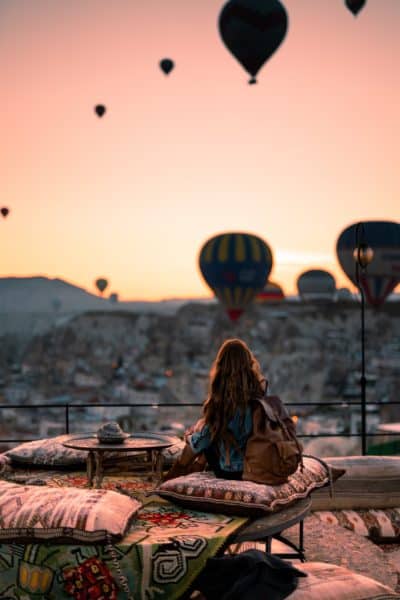