It seems as though every other person you encounter today has a tattoo. While the culture and practice may still induce expressions of disapproval by some, many people today seem to have taken to tattooing; and done so en-masse.

A saying expresses the sentiment that no action, expression, art piece, or cultural practice is entirely new. It reminds you that everything that happens in the world today has probably happened at some point in the past.

And while there may be some skepticism about this sentiment, when it comes to tattooing, at least, the theory holds. So, although it is considered a trend today, the practice of using the body and skin as a canvas has been in existence far longer than you may imagine. So for a better understanding of tattooing, you must first consider its past and explore a brief history of tattooing. 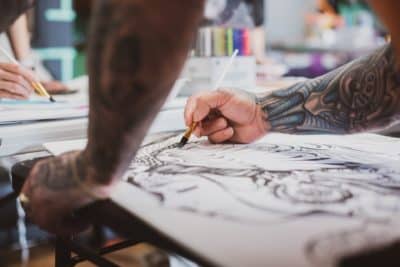 The oldest tattoo on record is the one found on Otzi, the Iceman. Scientists discovered his frozen body in 1991, with further data indicating that he lived between 3370 and 3100 BC. His tattoos were an array of dots and lines, numbering 61 in total. Additionally, they were likely created using carbon for pigmentation.

However, Otzi’s tattoos were primarily novel because of their age. This distinction stems from the fact that researchers have also unearthed evidence of the presence of tattoos in a vast array of regions and cultures worldwide. For example, there is proof of tattooing being carried out in places like Greenland, Siberia, Russia, Mongolia, China, Philippines, Alaska, and Egypt as far back as 3000 years ago.

Why Did People Get Tattoos?

Collectively, tattoos were always representative pieces. In some cultures, they were a symbol of religion and belief, and in others, they were considered an aid in preserving health and warding off evil spirits. And that is not all.

There were contrasting norms, where some cultures believed tattoos were a mark of aristocracy and wealth, while others felt that only criminals and the dangerous wore these marks. Additionally, others reserved tattoos to indicate ownership, where only enslaved people wore them.

How Did The Practice Progress?

The act of wearing tattoos was slow to propagate into the western world. The first people to get them were primarily sailors who traversed the seas-although their officers would avoid getting any-. At the time, societal norms forbade the practice of inking the skin, terming it ungentlemanly behavior.

For a long time, the only people who had tattoos were also considered rebels who couldn’t conform. In post-World War 2 America, juvenile delinquents, bikers, and minorities with criminal leanings dominated the minority of tattooed individuals.

Furthermore, the conditions of the places where they got them were less than ideal. Consequently, unhygienic tattooing practices lead to the spread of disease. Tattoos didn’t hit the mainstream until the 1970s. Since then, their popularity has only continued to grow. Now, it permeates every part of society, from ‘high’ to ‘low’.

There is even legislation in some areas like NSW that governs tattoo licensing. These laws have changed the face of tattoo parlours within the state, transforming some into private studio spaces while others get weeded out. So before you step into a tattoo studio, ensure that you do your research and opt only for the most reputable options. 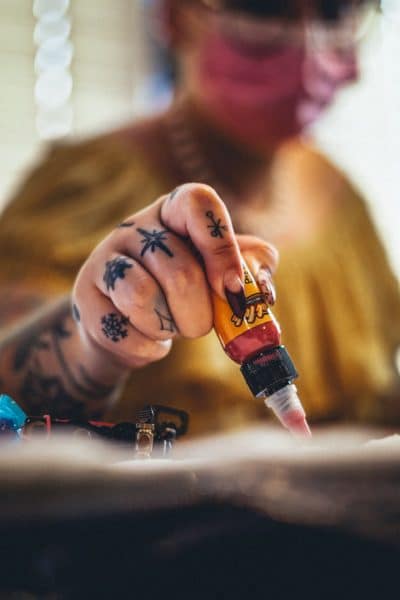