Virtual reality has come a long way, with 2020 and 2021 being the closest to mainstream gaming yet. As the next generation of best VR headsets is under development: the Oculus Quest 3 and the Apple VR headset, we take a look at what VR features the hardware and software needs to improve on most.

These upgrades will help push VR more into the mainstream and continue on its goal of wide-scale ownership. What do you want to see in the next generation of VR headsets? Make sure to comment down at the bottom of this guide and let us know. 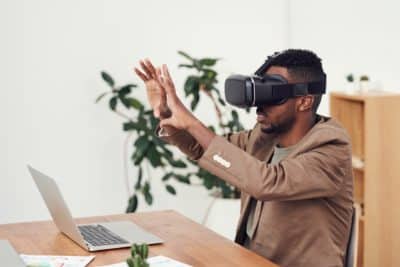 The Oculus Quest and HP Reverb G2 were the latest headsets to be released in 2020. Both contain similar LCD displays with near 4K picture quality. These displays are good, but not great. To start, LCD screens are traditionally bad at displaying true black colors. The backlight display is always on, meaning blacks usually resemble dark greys instead.

VR headsets have experimented with OLED displays, but these are more costly and have other drawbacks to them. As the price comes down and quality increases, we think VR displays could go back to OLED in the future.

4K picture quality is good for your home TV, which is 6 feet away. However, it is only ‘okay’ for a VR display. When you wear a headset, the display sits centimeters away from your eyes. At that distance, even a 4K display tends to look grainy.

If VR headsets improve their display, a jump to an 8K resolution would be a big improvement. It’s not that far off either – the Apple VR headset is already rumored to contain 8K displays. One last improvement to displays inside of VR headsets would be the inclusion of deep learning super sampling (DLSS).

DLSS is an Nvidia technology in RTX graphics cards that upscale images using machine learning and artificial intelligence. It is able to automatically upscale lower-resolution images to a higher resolution.

DLSS support is out for PC VR headsets, which should immediately improve the display for Steam VR players. If Oculus and Apple can come out with their own version of DLSS on their system-on-a-chip internal hardware, users will be very excited.

So far, AAA game developers have not flocked to virtual reality platforms. Sony has done the best job at convincing good developers to include VR support in their console games. However, a lot of these games last motion controller support and other key VR features.

In order for virtual reality popularity to continue to increase, big studios have to jump on board. And that means that the next Grand Theft Auto, Call of Duty, Mario, and Pokemon games need to come with VR support.

In 2020, the AAA game studios who did jump on the bandwagon did very well. Half Life: Alyx, Medal of Honor, and Microsoft Flight Simulator were all released to high review and fanfare. Sony recently announced that the new Playstation 5 VR hardware is in development.

That should help convince studios that VR is here to stay for the future. An Xbox VR competitor from Microsoft would be the icing on the cake. Neither company wanted to overshadow the release of their new consoles, but the end of 2021 should bring fresh VR hardware to buy.

A standalone VR headset contains a processor, graphics cards, a hard drive, and other internals right inside of the headset. It does not require a tethered connection to a nearby gaming PC in order to work. For regular people looking to get into VR gaming, this decreases the overall cost from headset plus gaming PC down to just the headset.

Oculus took a big risk on the original Quest 1. The included system-on-a-chip (SoC) was barely better than the mobile phone in your pocket three years ago. However, the Quest 2’s Qualcomm Snapdragon XR2 is more in line with a PC. This has allowed Steam VR developers to convert their games for use on the Quest more easily.

In 2022, the SoC will be improved even further, giving other VR headset developers fewer excuses to jump on the trend. For virtual reality to go mainstream relative to consoles and PCs, a single hardware solution is necessary.

VR motion controllers communicate with VR headset cameras via infrared lights and sensors that track position, movement, and acceleration. They use artificial intelligence to guess these things when your controllers are out of view in order to keep things as seamless as possible. Old headset solutions use outside-in tracking, which requires base stations to be set up around the perimeter of your play area.

The next generation of VR headsets must improve this controller tracking even further. This will allow for high speed and more variety of games to be released. Oculus has been experimenting with hand tracking. When enabled, you can put down your controllers altogether, and the headset cameras track your hand movement as you play.

A lot of people believe that the future of mixed reality gaming is with your hands only and not with controllers at all. If this is going to become a reality, then improved hand tracking is needed. In a perfect world, your headset would be able to track your hands and individual fingers in real-time.

This would allow you to press buttons virtually without any controllers in your hand at all. We expect to see this tracking technology improved more in the future. What new VR headset features are you excited to see in the next generation of hardware? Comment down below and let us know what you think! 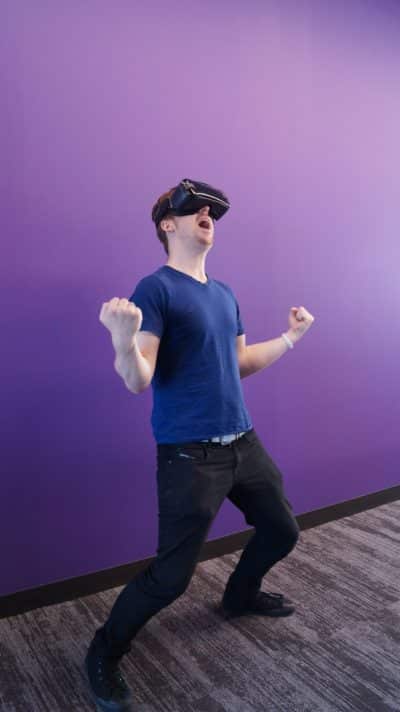