5 Major Reasons To Get A 3D Laser Scanner

3D laser scanning uses a laser beam to scan parts and they are becoming increasingly popular. Here are 5 major reasons to get a 3D laser scanner. 3D scanning is a marvel of modern technology with extensive capabilities, unmatched versatility, and widespread applications. Although 3D scanning has had a popularity surge in the last couple of years, 3D scanning has been around for a few decades now. In fact, the first 3D scanners were up and running as early as in the 1960s.

The first 3D scanners were bulky, slow, expensive, and also weren’t very accurate. Over the years, 3D scanning technology has improved to create much faster, less expensive, and smaller 3D scanners. In fact, a handheld 3D laser scanner fits in the palm of your hands and can do as good a job as any other 3D Scanner.

3D scanning has widespread applications in many industrial sectors. You can find 3D scanners in healthcare institutions, engineering firms, and educational institutions among other places. In some organizations, 3D scanners are a staple that companies can’t do without.

If you’ve been mulling over getting a 3D scanner for business or personal reasons, then you most definitely should. Want to know why? Read on as we look at a few reasons why buying a 3D scanner is always a good idea. 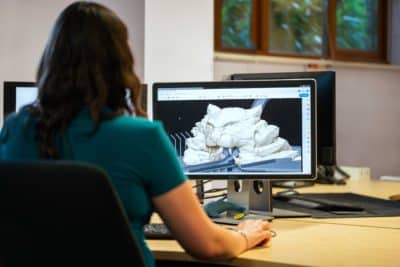 Amazing Reasons Why You Should Get a 3D Laser Scanner

3D scanning involves capturing the physical shape of an object using laser technology and camera sensors. The laser beams that hit the surface form points on the object’s surface called cloud points. A 3D scanner creates thousands of these cloud points to map out the geometry of an object.

Apart from the shape, other scanners may also capture color, texture, and depth. You can also think of cameras as 3D scanners, but not very good ones at that. Just like cameras, 3D scanners will only capture what’s within their field of view.

The product of 3D scanning is a digital rendition of the object you scanned. You can then save the object, send it to others, or manipulate it using CAD software. If you’re stuck on whether you should get a laser 3D scanner, then here’s why you should.

Creating prototypes, especially the first prototypes, takes a lot of time and requires several tries. 3D scanning significantly reduces the time and number of attempts it takes to create prototypes. That way, you can move from product design to the production phase as fast as possible. A 3D laser scanner captures the object’s geometry accurately.

From a 3D scan, you can identify any distortion, measurement inaccuracies, and asymmetry in your prototypes. You can save data from previous scans to compare with the improvements in your latest prototypes. With faster prototyping, you can roll out your products much faster and always stay ahead of the competition.

The little details are what might give your product an edge over your competitors. However, for your products to meet the expected standard, you need meticulous and keen quality control. A 3D scanner is one way you can improve the diligence of your quality control.

Quality control is vital not only in manufacturing. Historians use 3D scanning to rebuild broken artifacts and relics from historical sites. They also use the same technology to analyze the authenticity of the same items by checking stuff like material composition or weight to volume ratio.

A 3D scanner is invaluable for enhancing the thoroughness of your company’s quality control. These scanners can check for any distortions or unevenness that are disastrous for some industries.

3. For Easy Comparison Between Two Objects

The human eye is limited in terms of how many comparisons it can make between two objects. There’s more to an object’s comparison than just the visual differences, stuff like texture, composition is also important factors to consider. You can’t see these differences with your naked eye, but a 3D scanner sees them. A 3D scan can conclusively establish whether an object is authentic or a forgery.

It’s also crucial in forensics for analyzing evidence from different sources. In manufacturing, a 3D scanner is used to create an object to the correct specifications, for instance, if one part needs to fit inside another. All this is possible, thanks to the 3D scanners’ ability to scan objects with pinpoint accuracy.

If you work in design, then you know just how exhausting designing a new product could be. In some instances, you have to create a design based on a pre-existing object, or reverse-engineer a product.

If you use a 3D scanner, you don’t have to take actual measurements for your new design, which makes your work way easier. For hard to reach places or more intricate parts, you can let a handheld laser 3D scanner do your bidding. If you’re a designer, then you need to get a 3D scanner as soon as you can to have your work cut out for you.

You can 3D scan an object, use CAD software to create a replica of the object, or manipulate it to create a completely new item. A 3D printer can print out the object’s outer shell, which you can use for various purposes.

Benefits Of A 3D Scanner

Now that you know how useful 3D scanning technology is, let’s look at some benefits of this technology:

A 3D Scanner Is A Great Investment

If your business or career necessitates a 3D laser scanner, then getting one is a decision you’ll never regret. However, make sure you learn how to use a 3D scanner before you spend money on one. Some 3D scanners are easier to use than others, but there’s a bit of a learning curve with most of them.

Also, make sure you get your 3D scanner from a reputable company to avoid paying a bundle for a faulty scanner or nothing at all. For more insightful reads, make sure you check out the other articles on the site. 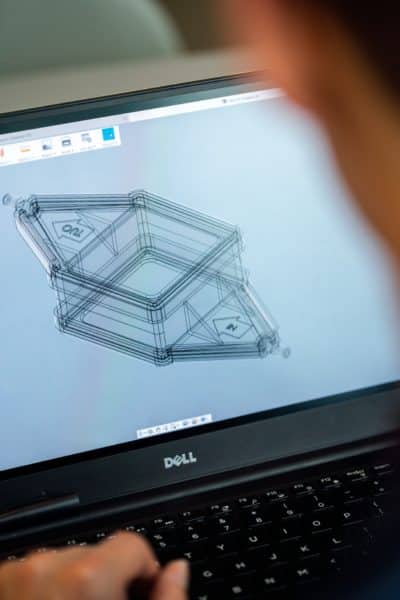