Robinson Helicopter Company is the quintessential American success story. Established in 1973 by seasoned helicopter industry engineer Frank Robinson, the company began with an R22 helicopter prototype that he built in a rented aircraft hangar. 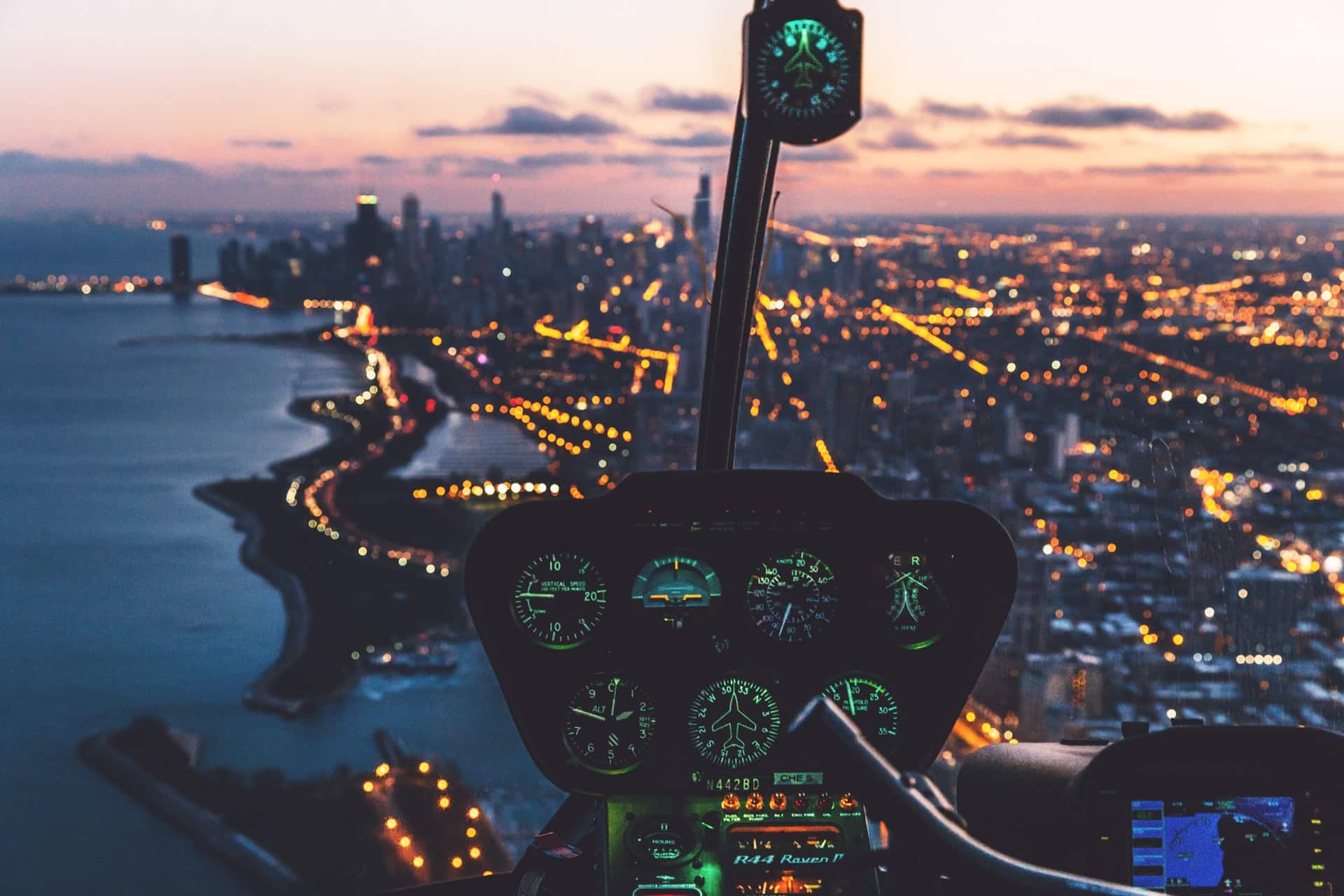 The Robinson Helicopter R22, R44, and R66 (and variations thereof) have been the core of the company’s products since it first offered aircraft for sale in 1979. Over the years, the R44 and R66 have been Robinson’s best-selling aircraft, respectively. Each helicopter model followed a distinctive development path.

Frank Robinson built the R22 prototype in a Torrance Airport hangar. He personally flew the aircraft for the first time in August 1975. The piston-powered R22 formally received FAA certification in 1979, and Robinson delivered the first unit by the year’s end.

This affordable two-seat aircraft soon became the highest-selling civil helicopter in the world. The R22 has also broken altitude, speed, and related world records for its specific weight class. Over the years, this compact little helicopter has also become extremely popular with flight schools.

Following several years of R22 production, Robinson Helicopter’s designers commenced development of the R44. This four-seat aircraft received FAA certification in 1993, and Robinson Helicopter began deliveries shortly thereafter. The R44 was widely embraced by the market, as the aircraft’s increased payload capacity lent itself to business and group recreational use.

The R66 Turbine helicopter’s design and development took Robinson Helicopter to the next level. Almost 8 years in the making, this five-seat turbine aircraft received FAA certification in October 2010. Robinson began delivering the units in November 2010.  By the end of 2010, Robinson Helicopter had amassed a huge backlog of R66 customer orders.

Over the past several decades, Robinson Helicopter has implemented many technical and safety upgrades to its aircraft. Throughout this time, the company’s aircraft continue to appeal to their respective market segments. The helicopters’ relative affordability has also broadened the pool of potential owners.

Company President Kurt Robinson, who took the reins from his father, Frank Robinson, in 2010, says that Robinson helicopter owners utilize their aircraft for many creative applications. “I love hearing what people do with our aircraft,” he says. “People tell me things all the time, and I think, ‘I never knew people were doing that.”

In addition, the RR300 engine offers more reserve power, which can be an important factor in high altitude flights or emergency situations. This workhorse engine also runs on easily available Jet A fuel, so refueling should not be an issue even in smaller airports.

Energy-absorbing seats, a roomy 300-pound capacity baggage area, and crashworthy bladder fuel tanks round out the R66’s attributes. This popular aircraft is known for its reliability, ease of maintenance, and good economic performance.

The versatile R66 is frequently used in commercial operations. Aerial survey companies, aerial tour businesses, and business travelers would likely find this helicopter suitable for their needs. The aircraft is also ideal for ferrying small company teams between locations.

The R66 Turbine Marine helicopter has virtually the same features as the conventional R66 aircraft. However, the R66 Marine has been configured for over-the-water flights. This aircraft is equipped with pop-out six-chamber floats, designed to completely inflate within two or three seconds after activation.

The inflatable floats add approximately 65 pounds to the aircraft’s empty weight. When they are not deployed, the floats are rolled up and stored in protective covers on the landing skids. This low-profile installation reduces drag and does not impede passengers’ entry and exit.

The R66 Turbine Marine is ideal for transporting oil rig workers to and from their work sites. Aerial tour companies based in Hawaii or operating from other island locations might also choose this efficient aircraft.

The R66 Specification Sheet provides a side-by-side comparison of the R66 Turbine and R66 Turbine Marine aircraft. Although both units are very similar, the Marine version has a higher empty weight and therefore carries a reduced payload. Both factors are due to the pop-out floats’ added weight.

The four-seat R66 Turbine Police Helicopter has an aerodynamic fuselage that maximizes airspeed and allows the unit to remain at a location for up to three hours. This helicopter is outfitted with top-tier navigation and surveillance equipment.

The R44’s aerodynamic fuselage is designed to maximize airspeed and improve fuel economy. The two-bladed rotor system and crashworthy bladder fuel tanks are other desirable features.

As shown on the R44 Raven II and Clipper II Specification Sheet, the two aircraft are quite similar in their design and features. However, the R44 Clipper II contains emergency pop-out floats for over-the-water travel. The inflatable floats increase the aircraft’s empty weight by approximately 65 pounds, thereby decreasing the payload capacity by the same amount.

R44 Raven I And Clipper I

The four-seat R44 Raven I and Clipper I aircraft feature the Lycoming O-540 carbureted engine with carburetor heat assist. This function automatically adjusts carburetor heat, which enhances safety and decreases the pilot’s workload.

The R44s feature an aerodynamic fuselage, which maximizes airspeed and improves fuel economy. The two-bladed rotor system and crashworthy bladder fuel tanks are other positive attributes.

The two-seat R44 Cadet is a hybrid helicopter of sorts. This compact aircraft appeals to flight schools that want to provide instructors and students with a performance aircraft that is also economical to operate. In addition, the R44 Cadet is targeted to owners who want cost-effective helicopter operation without giving up a larger aircraft’s increased power and performance.

However, the Cadet differs in several notable ways. First, the Cadet’s aft compartment has been reconfigured to contain cargo, secondly the aircraft’s maximum gross weight has been reduced to 2,200 pounds, and finally, the Cadet’s engine power is derated to 210 take-off and 185 continuous.

The R44 Cadet Specification Sheet compares the R44 Cadet conventional model with the R44 Cadet with Fixed Floats for over-the-water use. Note that the fixed-floats unit has 50 extra pounds of empty weight along with 50 pounds of lower payload capacity. Both factors reflect the fixed floats’ weight. Fixed-utility floats remain fully inflated and reduce cruise speed by approximately ten knots.

The compact R22 Beta II helicopter has been a Robinson Helicopter mainstay for more than 40 years. The aircraft has a light (but also rigid) airframe, courtesy of its powder-coated steel tube structure. The R22’s fuselage is aerodynamically designed to maximize airspeed and fuel economy.

Lycoming’s well-regarded O-360 engine powers the R22 Beta II helicopter. The engine has been derated to supply reserve power and improve its performance in hot weather and at high altitudes.

As helicopter industry technology continues to evolve, Robinson Helicopter consistently makes safety-related upgrades to its aircraft. Over the years, the company has added features such as an RPM governor, hydraulics, autopilot/SAS (stability augmentation system), and GPS to its helicopters.

Kurt Robinson notes that, along with enhancing the aircraft’s safety, the new systems will make it easier to fly. He hopes that the additions will also promote a more enjoyable flying experience.

Manufacturing a quality product is only the first part of the equation. The company should also provide excellent customer service to every buyer after the sale. Not surprisingly, Robinson Helicopter Company is known for its outstanding customer service. Whether a buyer owns a single aircraft or an entire fleet, each owner receives the same high level of attention.

Kurt Robinson mentions that his father, Frank Robinson, also placed a high value on customer service. “And many times, he was interested in it from an engineering standpoint,” says Kurt Robinson. “He wanted to understand what led to the problem. Once he understood, he’d go back to engineering and say, ‘This isn’t right. Pull out that drawing, let’s take another look at that part.”

Robinson Helicopter’s customers have multiple customer service options. When a customer needs assistance, they can call their dedicated customer service representative. Many customer service associates have worked with the same customers for years and have established excellent working relationships that contribute to efficient problem resolution.

Robinson Helicopter’s customer service team members are also knowledgeable about the company’s products. Kurt Robinson explains that a customer’s request for service often leads to a collaborative discussion about the problem’s cause and solution.

“Someone will call in with a problem [that] just vexes everybody,” he says, “but we can look at the cause, not just the symptom, and get back to determining the solution. I know it always feels good when we can resolve something like that.”

In addition to providing stellar customer service, Robinson Helicopter maintains a worldwide network of service centers. These facilities are a valuable resource for an owner or operator who does not realize that they can access multiple resources to solve their problem.

“A lot of the time, the individual owner or the small operators don’t know the options that are available to them,” says Kurt Robinson. “They’ll call in, and one of our tech reps will offer, ‘Well, we don’t have that part in stock, but if you contact this other service center, I believe they have it.’”

As the decades roll on, Robinson Helicopter Company continues to fine-tune its product offerings to reflect new technology and safety standards. When new generations of pilots come on board, they will enjoy the same great purchase experience that Frank Robinson pioneered more than 40 years ago. 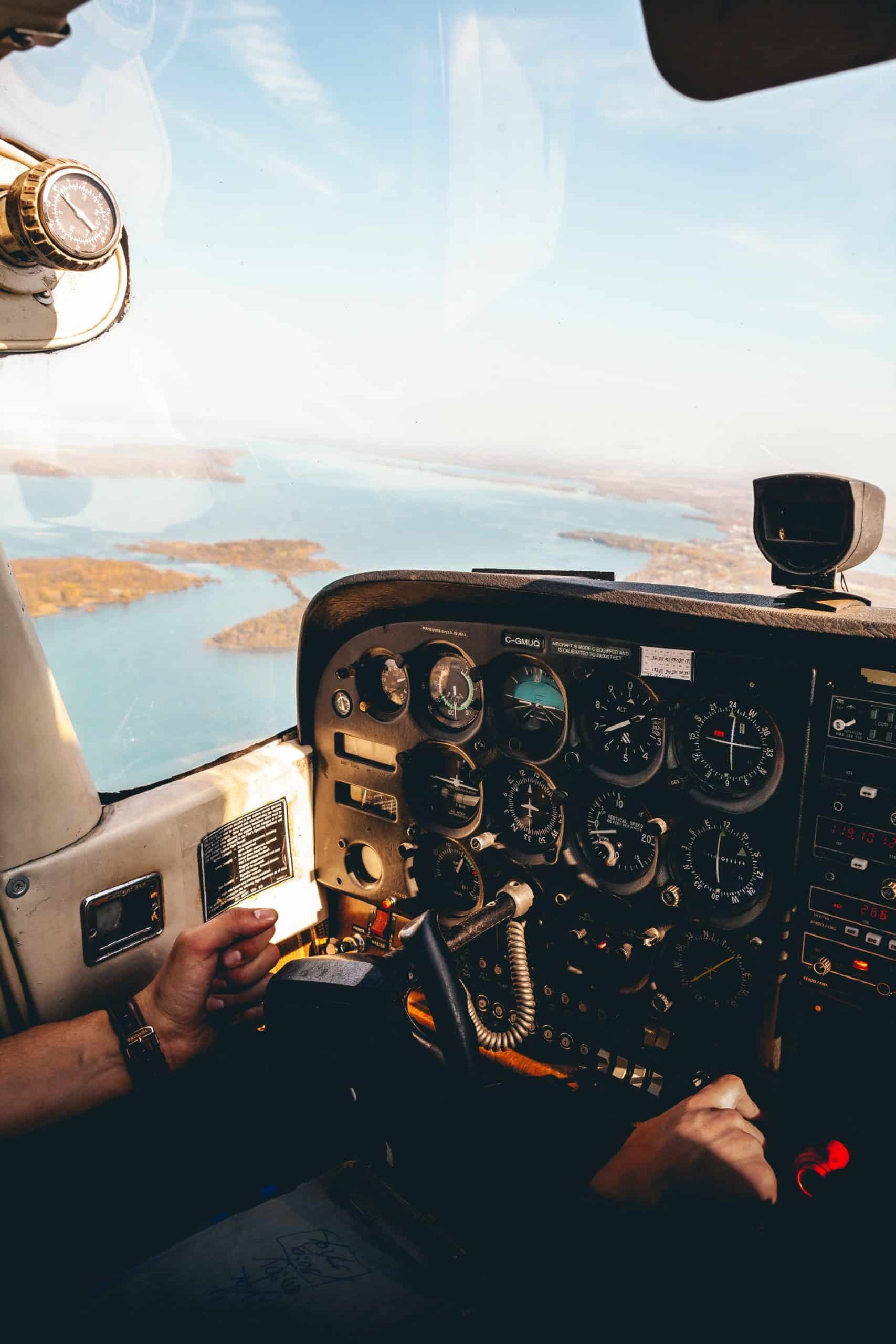