What Else You Can Do With A VPN Apart From Security?

Virtual Private Networks or VPNs have been around for almost two decades. Surprisingly, the most common use of a VPN hasn’t been providing cybersecurity. The ability of a VPN to protect against cybercrime has only recently come to light because of the rise of these activities across the globe. So, what exactly is a VPN for Windows good for besides providing comprehensive security to online data? Here we take a look at some of these features. 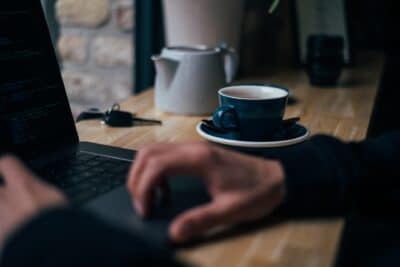 What Is A VPN?

Before we begin discussing what a VPN capable of, it is essential to note what a VPN is. The first service along the lines was launched in 1999. A VPN is designed to mask user IP addresses and make all data traffic.

An IP address is a unique sequence assigned to each device when it connects to the internet. This IP address is by default public. This means that anyone with the right knowledge can quickly determine the exact IP address of a person.

The IP address opens all types of doors for internet data monitoring, spying, and potentially sending viruses to the device in question. It is like your home address was to leak in public. This would give all kinds of elements access to it. With a VPN in place, the original IP address is hidden, making users ultimately more secure as they browse the internet.

A VPN is a program that acts as a barrier between the local Internet Service Provider (ISP) and the website that a user is trying to visit. Various websites and platforms themselves also exercise geographic restrictions to limit access from beyond a particular area.

VPN programs are designed to eliminate all the barriers that are in place to stop hassle-free internet use. The VPN works by rerouting internet traffic so that it doesn’t go through the usual path, i.e., user device – ISP server – intended website.

Instead, the access request or ping from a user is sent to the secure servers of the VPN. Here the IP address is masked, and then the request is sent along the typical path. In this way, a VPN is able to eliminate all the blockades placed on the internet. It doesn’t just make browsing more secure but also great fun because now all types of content are accessible anywhere in the world.

What More Can You Do With A VPN?

There is a lot that a VPN can do besides just providing cybersecurity. The features of a VPN begin with allowing unrestricted access to the internet. They go on to give the users the ability to avail of great discounts and deals that are available in other parts of the world. This may be subjective at times, but all the freedom that a VPN offers can help businesses reach audiences better while allowing all kinds of information to be available to those who need it.

Streaming and entertainment-related content make up about 80% of all internet bandwidth used. It is one of the biggest markets these days with several streaming platforms now available, including Netflix, HBO Now, Amazon Prime, Hulu, Sky Go, unblock Disney+, and numerous other channels.

Sadly, citing lack of demand and difficulty in acquiring the necessary licenses, companies resort to restricting content on the basis of the region in which it is being aired. A show that is available on the US Netflix, therefore, may not be available in the UK region. This can be a massive inconvenience for someone who is traveling or living abroad.

With a VPN, though, this problem can be fixed quite easily. All leading VPNs offer a choice of a server that you want to connect to. You can simply pick the country from where you want to access the internet and voila, you’re all good to go and enjoy the best streaming experience.

The internet itself is full of places that are deemed restricted. Website owners can have their website set to be only accessible for people in a particular area, even though there is nothing special on them. This can be a hassle for people who are looking for general information. Geographic restrictions are put in place to filter particular traffic, but it is not always very beneficial. A VPN gives users the freedom to access any website any time they want.

This one doesn’t always apply, but it is well worth a try. For people who are frequent travelers or are on the hunt for discounts and deal all the time, a VPN can open new doors for exciting packages.

Businesses, brands, and several companies offer regular discounts to their customers, but sometimes these deals are limited to a particular region. Imagine a massive price cut on airfare but only for people in a specific area.

Since a VPN can effectively mask IP addresses, it can sometimes help users avail exclusive discounts from different service providers. This can lead to huge cost savings especially for someone looking to travel on a budget.

There are a number of other discounts that a VPN can enable, too, but its all a matter of chance. It is still worth a try, though, because you can win big if you play the cards right. Plus, who doesn’t like cost saving?

Someone traveling to these countries can face a huge nuisance at times because we are not used to having the internet restricted so heavily. A VPN can effectively find a way around this by simply masking the user’s IP address to make them look like they’re sitting in a different country.

Even streaming content like certain episodes of Netflix shows like the Messiah and a few programs of the show Patriot Act with Hassan Minhaj is not accessible in Saudi Arabia because they either speak against the government or go against some religious teachings. With a VPN, users have a free pass to all types of content online.

Minimize The Role Of ISPs In Daily Activities

Believe it or not, your ISP has an extensive role in monitoring as well as keeping track of everything you do online. They can tell where users are located because they directly receive the IP address of a device when it connects to the internet.

What’s troubling is that the ISPs can then share or sell the data they collect on users, at will. This is a clear breach of privacy but there is nothing that can be done about it. The only way out is to use a VPN.

What a VPN does is that it minimizes the role of an ISP. Even if the data traffic goes through the ISP, they can only see a masked IP address which will be traced back to the secure server of the VPN keeping users secure from all kinds of monitoring and spying at all times. This is a huge sigh of relief for people who are concerned about the sensitive data being stolen and misused.

A VPN can do a lot more than just provide cybersecurity. The only thing to be careful about is researching extensively before buying a VPN. The free services are usually very unreliable. There are a few top VPNs out there and users can pick between them based on relevant features, ratings, and customer reviews.

Author Bio: Scott is a cyber-security professional. He’s been writing in the internet privacy niche for a while now and has churned a variety of informational pieces to educate his audience. Connect with him on Twitter. 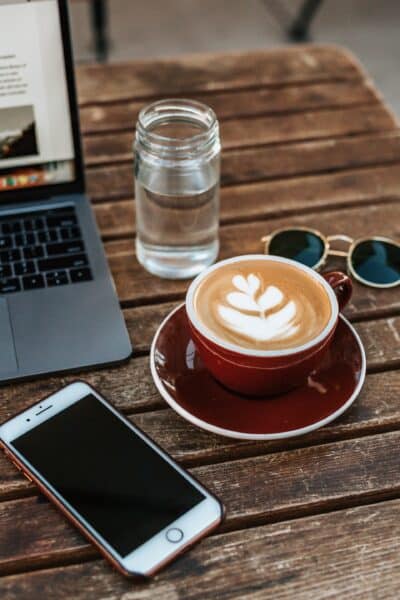