Outbyte – Is It An Effective Computer Optimization Program? [Review]

PC optimization or PC repair tools are software applications that are created for handling a variety of computer maintenance-related tasks. Such programs are typically used for the following purposes: hard drive decluttering, improving the speed, securing users’ privacy, and scanning the system for errors, junk files, and performance issues.

There are a number of different PC optimizers available for download and everyday use on the market. While the overall functionality of most of those programs can be similar, there can be noticeable differences in the interface and in additional features, which each of these tools offers to its users.

In the current review, we will have a look at one of such tools – a program called Outbyte PC Repair, and try to understand how effective it is at what it does. 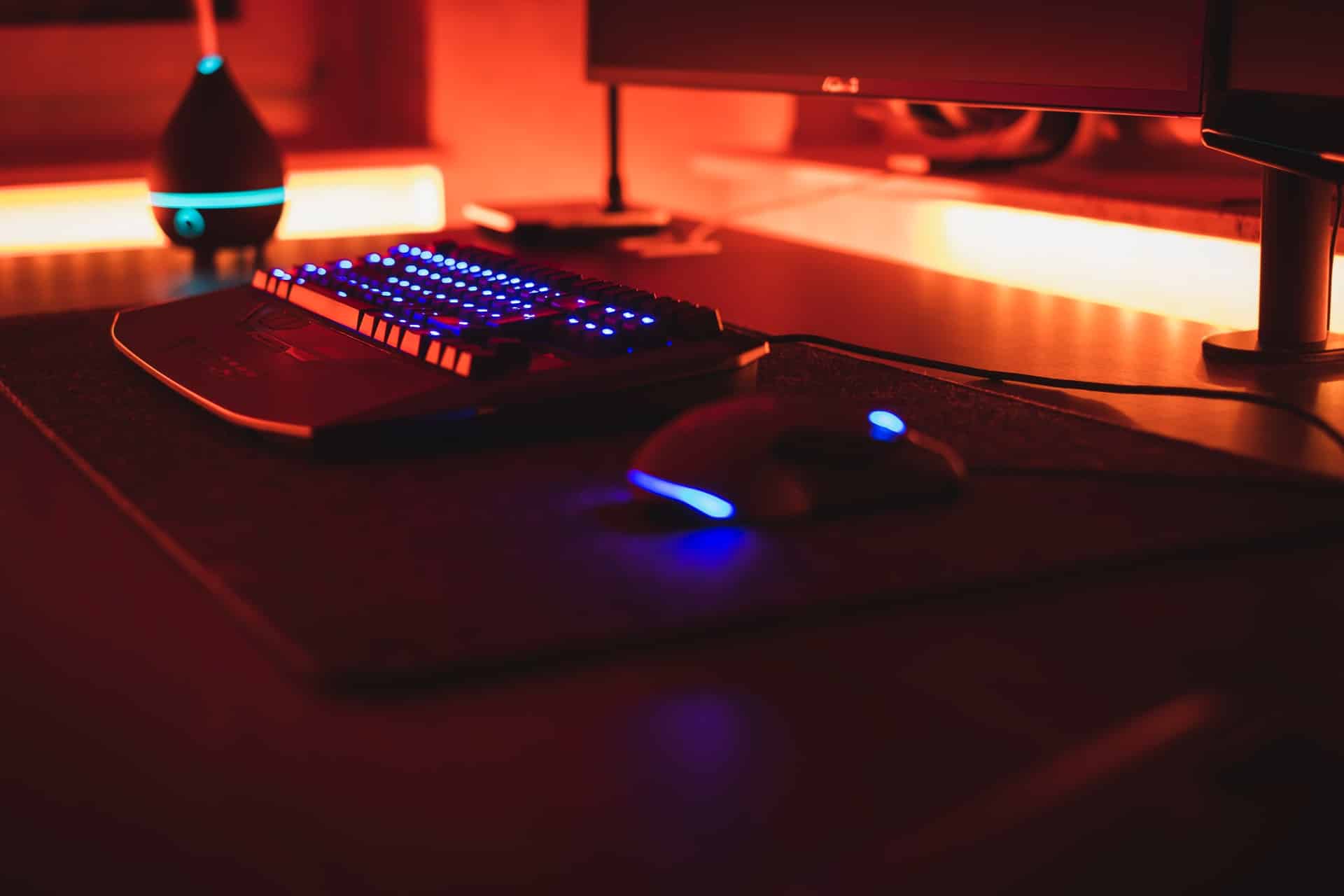 Getting To Know The Software And Scanning The System

At the first launch, Outbyte runs a system scan that covers different aspects related to your system performance, privacy, and stability. After the scan, the tool shows a list of items and issues it was able to discover, along with details informing users about what might have caused each of the issues detected. 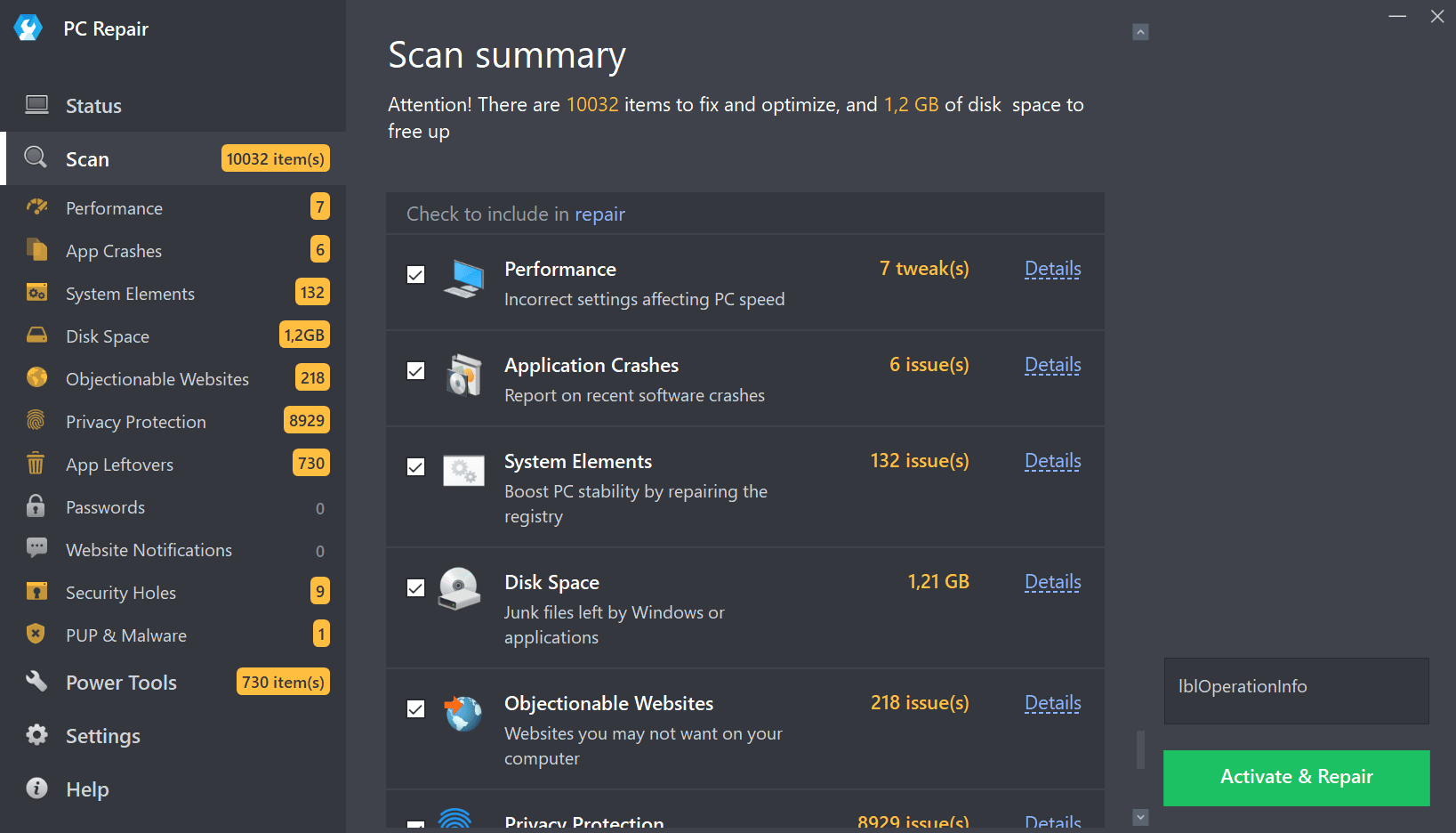 For instance, Outbyte identified 1.2G of unused files on my PC, including: unused system and application files, unused web cache, and some temporary files. When I clicked on details in the ‘Disk Space’ section, the program provided me with a list of files it detected. I appreciated being able to access this data since I prefer to have the option to see the actual information behind the results. 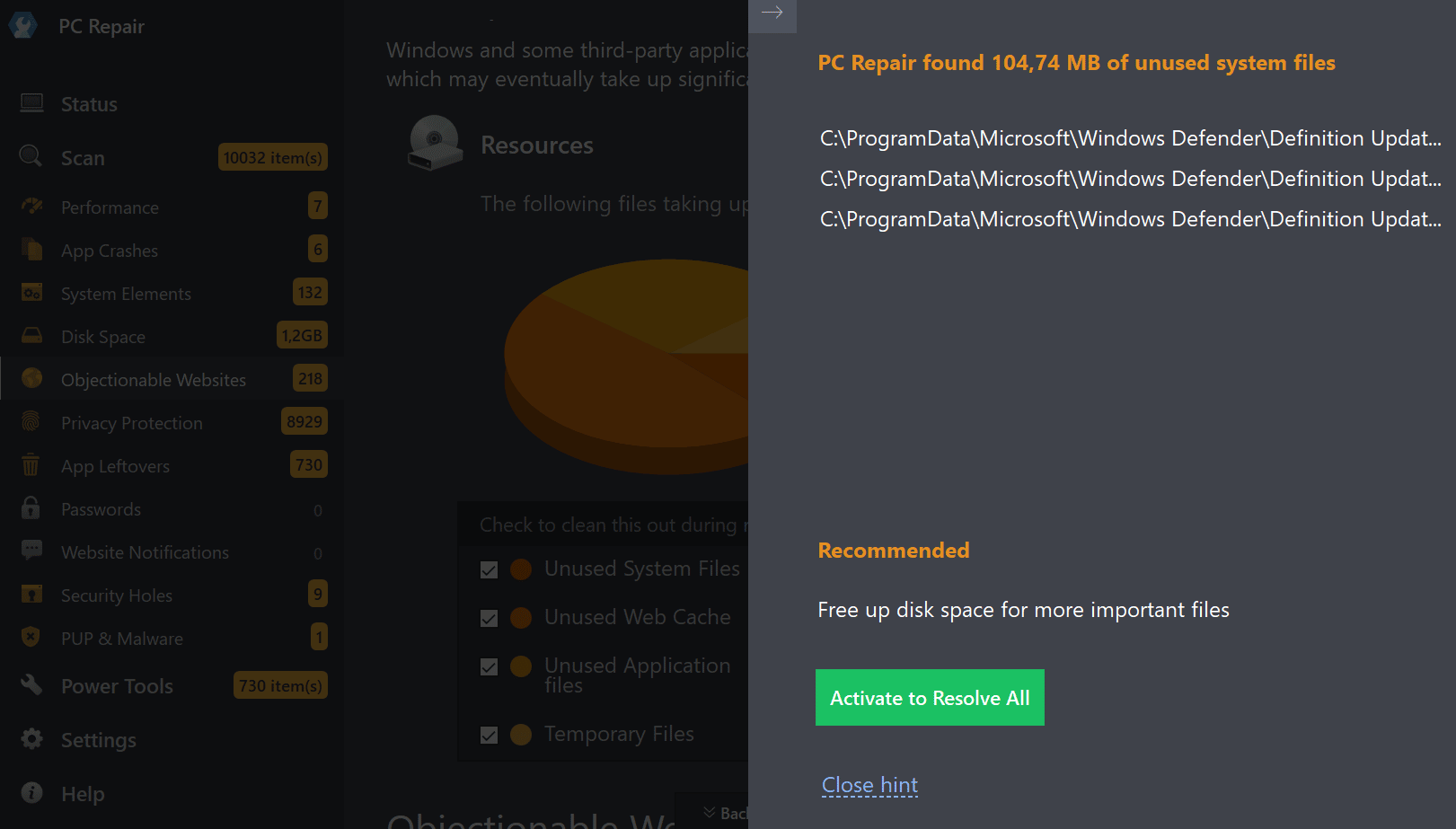 While checking the segment with objectionable websites, I was able to see which of the websites I visited in the past could be classified as unsafe or dangerous, or might try to steal their visitors’ confidential information.

Outbyte allowed me to delete tracking cookies from unsafe websites and remove them from the browsing history by clicking the Repair button. The program also gives you the ability to add domains to the ignore list via the settings menu if you wish to prevent some websites from being detected by the scan. 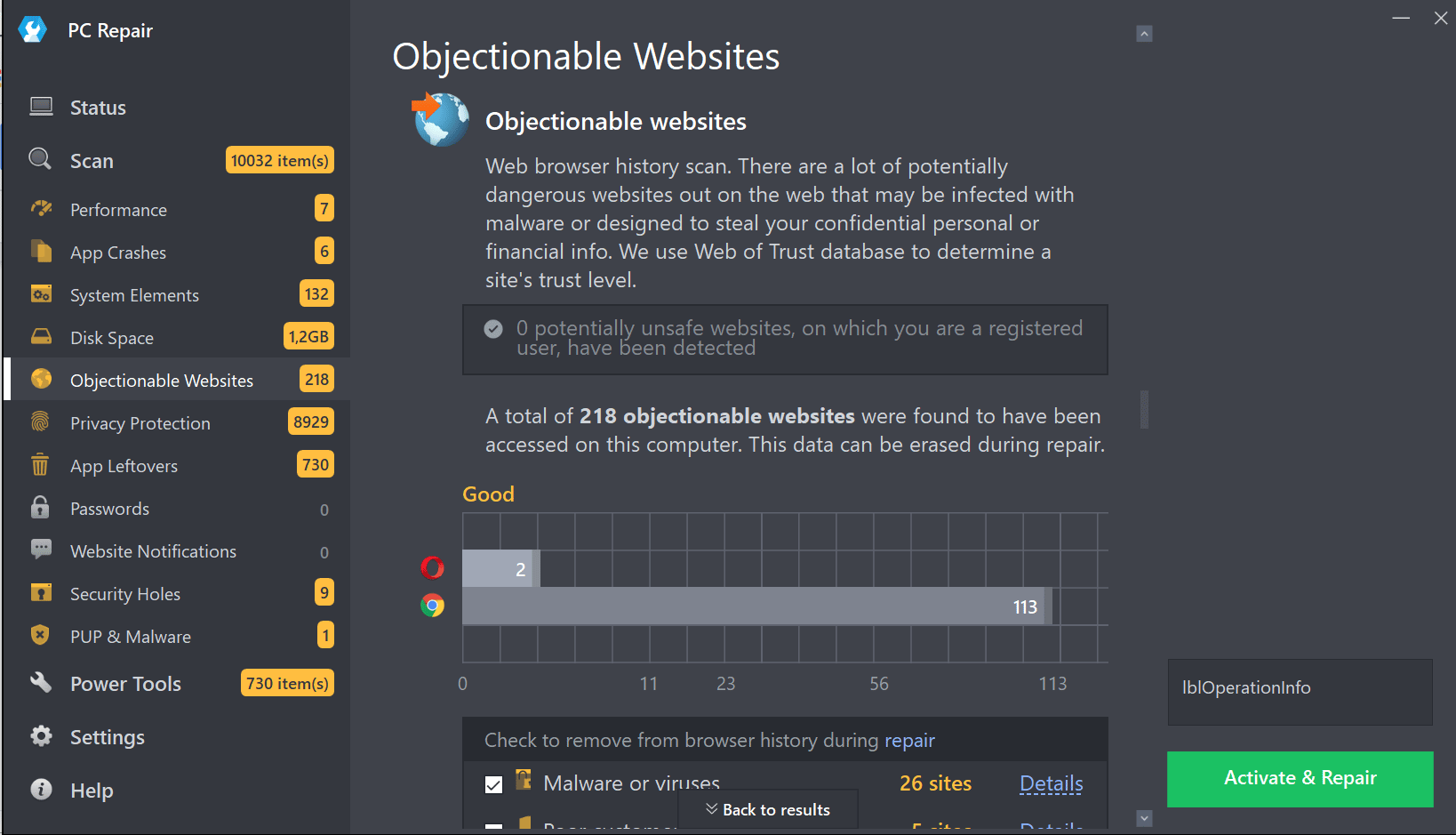 In a similar way, users can access all the sections that are presented in the scan results, including PC performance, app crashes, system elements, privacy threats, and more.

If it is your first time using the program, you can resolve the detected issues by clicking Activate & Repair. After that, you’ll be prompted to create a user account and receive an activation code for the program.

Overall, I found the scan to be quite comprehensive and easy to navigate and understand as far as its results were concerned. Also, being able to select the specific issues I wanted to solve gave me a nice degree of control over the program.

The only downside was the fact that the program’s functionality can be limited when it comes to scanning for viruses. However, the software is able to detect unwanted programs and malware, and warns users that a proper antivirus is recommended for a more thorough system checkup.

Once the scan was over, I headed to the Power Tools menu that had five different features with some additional functionality for the system optimization.

Number one on the Power Tools list was Uninstaller, which turned out to be more than a typical feature of a similar kind. It not only completely removes applications you don’t need, but also shows you which apps have left files on your computer in the past.

In my case, Outbyte found more than 700 leftover items on my PC, weighing a little more than 50MB. This is nothing to be overly concerned about, but I found this to be a nice addition to the expected functionality, as I was not aware of those files being on my computer before seeing the list.

Moreover, this tool was able to detect some applications on my computer that the default Windows uninstaller could not find. 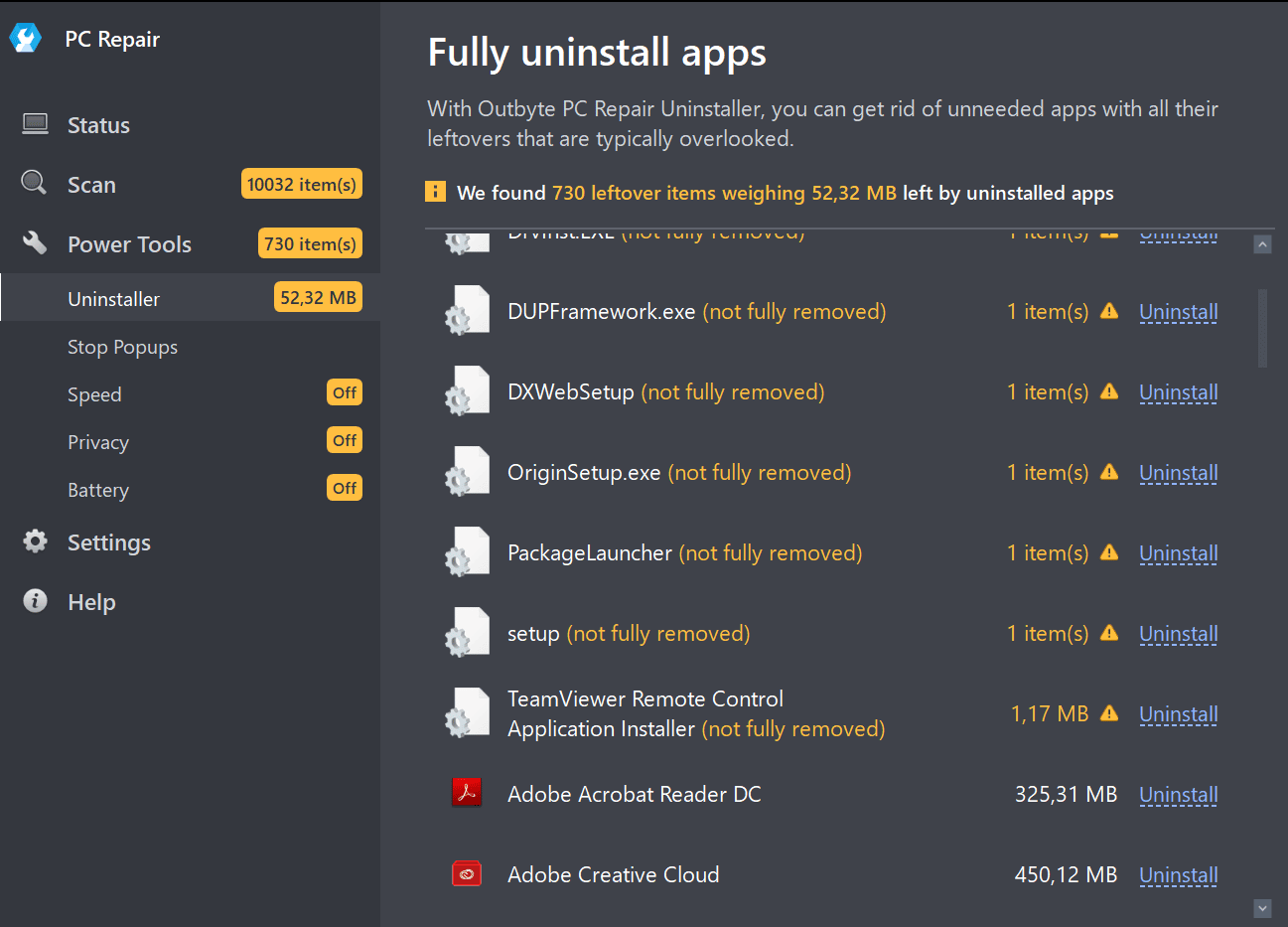 The second feature was the Stop Pop-ups tool which can, as evidenced from its name, allow you to disable pop-ups from websites that currently send you notifications. Fortunately enough, I didn’t have too many pop-ups coming from sources I didn’t subscribe to, so I went after the next feature on the list.

Speeding The System Up

The next tool was the Speed feature that promised to boost the speed of apps and web browsing on my PC. To be honest, I’m always a little skeptical about features like this, as it can be hard to tell if they really work, or just pretend to improve the performance. It can be especially difficult to pinpoint the results on newer devices where performance issues are a rather rare phenomenon and any improvements can be hardly noticeable.

As I was using a relatively fast and modern PC, I decided to test this feature on my old laptop to see if there would be any differences in speed that can be contributed to the Outbyte tool. After installing the program, I toggled the two recommended buttons in order to boost my web browser (Opera), Office, Outlook, and Skype, then hit Apply.

Firstly, I opened my Opera browser and tried opening a few websites. They loaded relatively quickly without any noticeable delays. After, I went on YouTube and tried opening a couple of videos in separate tabs and then watched them. In my view, the videos showed a decent loading speed, with the quality being set at 480p. Once I switched the quality to 720p, I started to notice some lagging. However, this could have been caused by a poor connection quality, as my Wi-Fi can be slow at times.

After that, I tried using Microsoft Office in order to see how it would perform with the Outbyte speed boost switched on. I remember that, at times, it would take a while for me to open my documents as well as save them, so I created a Microsoft Office file to see if things changed. While opening the file did take a couple of seconds, I did not experience any long delays. I then tried typing a few sentences in the file – everything went smoothly. Saving the document on my drive also took a few moments, but it felt like this went faster than it used to

To conclude, performing my daily activities with the Speed feature felt smooth and did not require me to tweak any of my laptop’s settings, as the Outbyte program did all of the job for me. Something I would enjoy as an extra addition to this feature would be being able to monitor my PC’s resources and CPU use in real-time, so that I can see how those are distributed between the programs I use.

The fourth Power Tool on the menu is Privacy. The feature offers quite a few options for ensuring that your personal data stays safe and inaccessible for people who might want to steal it. I won’t be going into much detail on how each of the available privacy-related options works, as the names of those are quite self-explanatory (you can also get insight about that part by clicking on ‘How does it work?’ on the Privacy feature’s screen). 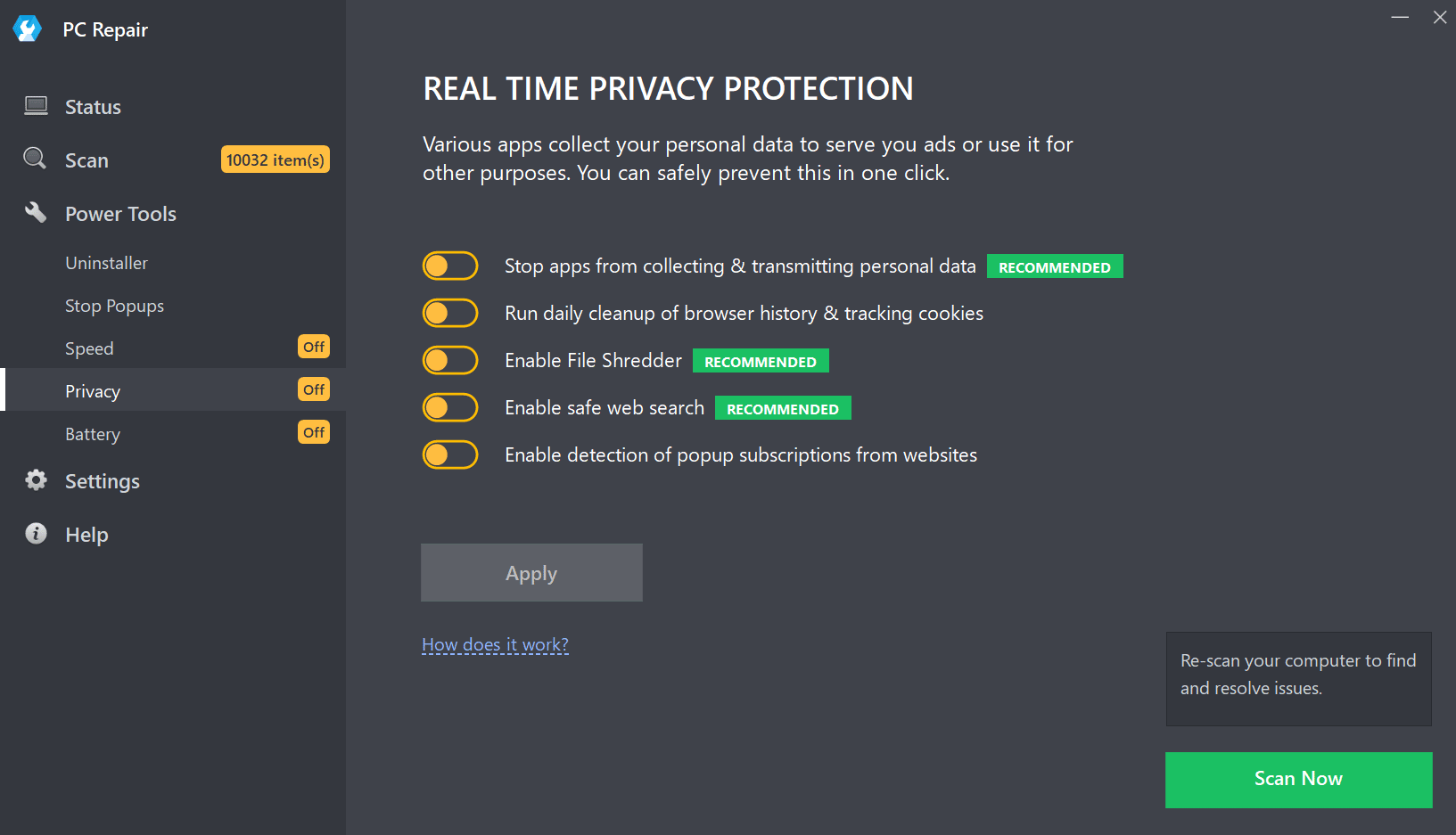 This is definitely something a lot of users will appreciate, as many times they might not be sure how safe a new website they visit is, or what kind of tracking cookies are installed on their browsers. In my view, this feature is one of the most crucial Outbyte PC Repair components.

The final feature Outbyte had to offer in its PC Repair tool was related to extending the battery life. While I always make sure to bring my laptop’s charger along when not working at home, it can be useful to have an option to get more out of your battery when there is no access to a power outlet.

For testing this tool, I simply did two separate working sessions using Microsoft Office and Excel programs on my laptop without it being plugged into the charger. During the first session, I was not using the battery tool and was able to work for nearly 1.5 hours before my laptop ran out of charge. After that, I charged it once again and did another session with all the battery-saving options being switched on. 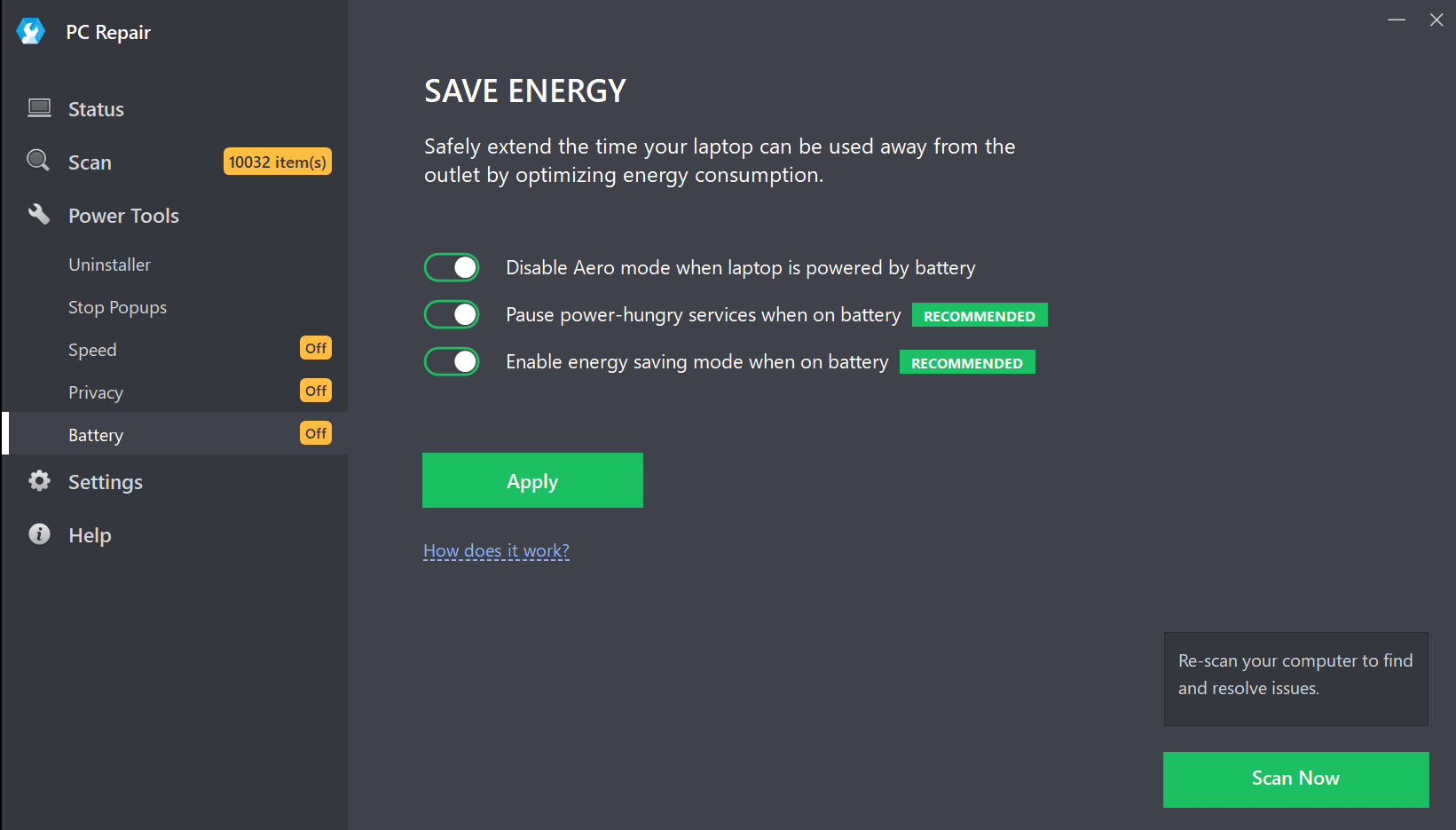 By using the battery tool, I was able to add around twenty-five minutes of extra work time to my initial result, which is a decent result. At times, I noticed slight delays in my PC response time, which I assume could have been caused by the reduced CPU output that the energy-saving mode enabled. In any case, those were not so significant that they interfered with my activities. As far as potential program improvements go, it could help to have some data or stats about the current battery usage right in the app for some extra feedback.

Outbyte PC Repair is a comprehensive software tool that can be used for a number of system optimization tasks. It is intuitive in its interface and will suit users who seek non-complicated solutions for their computer maintenance.

After using and testing the program for a few days, I was able to see that tools like this can indeed deliver on their promises. The program might lack some extra functionality, like showing the speed and battery-related stats in real-time and could fall behind some other solutions when it comes to improving security. The latter, however, is acknowledged by developers within the program.

To sum up, I would recommend this tool to people who value their time and prefer all-in-one solutions, as the Outbyte PC Repair toolkit is versatile enough and can be used for many different purposes. 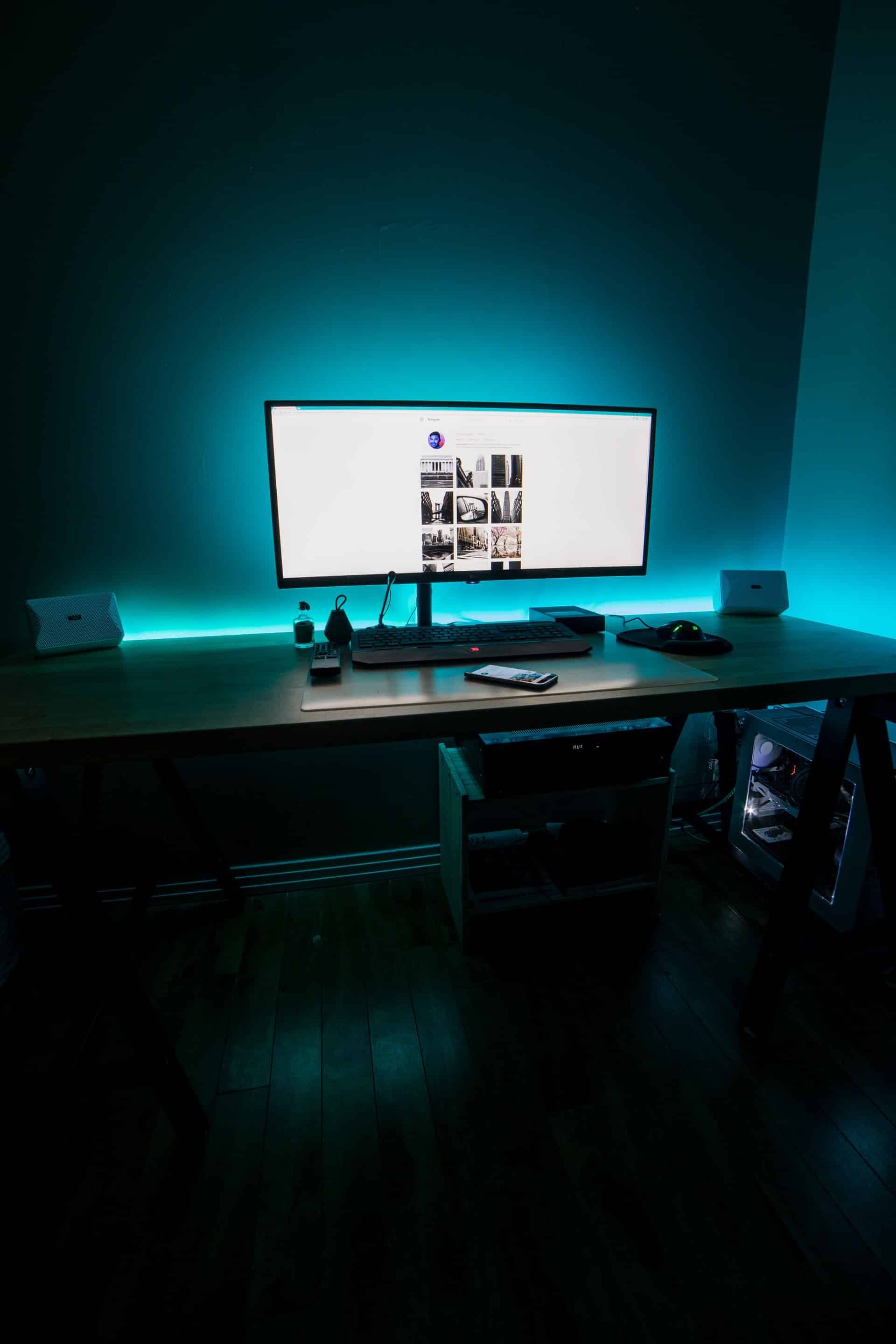