Why Forex Trading In Africa Exploded

One of the main factors that have greatly affected the forex market is the appearance and spread of Covid-19 throughout the world. As the virus has caused a global pandemic and has forced several sectors and thousands of companies in those sectors to temporarily shut down their operations to slow the spread of the virus, the balance has tipped in favor of the currency market.

A significant number of companies have seen their income and stocks decline, countries have seen their economies hang by a thread, and economic conditions have wreaked havoc on their national currencies as they struggle to stay strong against the dominant US dollar.

Africa and its 54 countries have not been spared from the effect and impact of the virus. Rather than withdraw from the foreign exchange market, forex trading in African countries has increased considerably, almost exploding, despite the global pandemic. 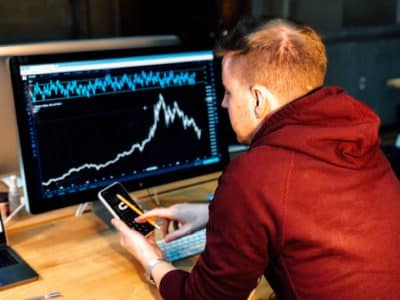 The influx of African traders to the Forex market has many reasons that are worth examining, as it may very well be a turning point for many of the local currencies that are weighing against the US dollar.

This increase could also open up investment opportunities in other financial markets as African traders explore the many options associated with trading, not only currencies but also other financial instruments.

As Covid-19 spread around the world, more and more governments were imposing strict travel restrictions to slow the spread of the virus, leading to quarantines and lockdowns in which many people were confined to their homes for months.

During this period, with increasing uncertainty about employment, earning income, and seeking opportunities to earn additional income, more and more people turned to forex trading.
People have had much more time to learn about trading and adopt strategies tailored to their financial needs and goals.

African traders could spend more time improving their trading strategies and thoroughly testing them to perform well in volatile market conditions resulting from the impact of Covid-19 on financial markets.

The Foreign Exchange Market Is The Largest, The Most Easily Accessible

Even before Covid-19 and the impact it had on the forex market, in particular, Forex was the largest market among others, and the sudden influx only increased its importance. The daily volume of forex trading is approximately $ 5 trillion, increasing market liquidity through constant currency exchange.

There are many brokers that offer favorable trading conditions for traders interested in Forex. Since the Forex market never sleeps, but instead operates 24 hours a day, 5 days a week, this adds to the influx.

Due to the high liquidity, trades are executed more quickly, which translates into lower transaction costs and thus offers more African traders, who may not have much capital to trade, or the opportunity to join the business, Currency market.

African traders who do not have a lot of capital to take larger positions in order to increase their chances of making big profits and profits can greatly benefit from the fact that Forex is a leveraged financial instrument.

Leverage is a useful instrument provided by brokers that African traders can use, despite their initial deposits, to open much larger positions. The maximum leverage offered is determined by the broker, its jurisdiction, and, mainly, by the regulatory entity or entities that govern its regulation.

Some brokers, such as those regulated by the FCA, are limited to 1:30 leverage, while others, primarily offshore brokers, can provide traders with much higher leverage, often up to 1: 3000. However, African traders should be aware that leverage is a double-edged sword that can increase the chances of making a profit, but also of suffering losses.

Those risks can lead to losses that exceed traders’ initial capital, so it is imperative that African traders understand leverage before applying it. It is used appropriately in conjunction with the risk management tools and protocols provided by the traders and brokers.

Many online forums and websites provide a good deal of guidance for those who want to step into the currency market business. It looks pretty fine to get information about this trendy business so that one can participate effectively.

One of the best platforms is http://www.tradeforexinsa.co.za, which provides sensible and effective information for South African people entering in forex trading. Visiting this forum can be highly beneficial for successful participation in the forex trading and currency market.

In recent months, African currencies have weakened considerably due to the effects of Covid-19 in various economies. One of the driving forces behind currency price movements and exchange rates between them is the economic situation, which has strongly affected the strength of currencies against the US dollar.

Although many African currencies have become more stable in the past four months, some have shown a more steady rise in value against the dominant US dollar as the economic situation improves with the gradual opening of various economies.

More And More Brokers Are Accepting Traders From African Countries

Many brokers have restrictions in certain countries, but there are many more brokers who welcome African traders. As more African economies see a positive trend in the value of currencies and an improvement in exchange rates, this should open up more avenues for trading using the services of more brokers.

Although the threat of Covid-19 is far from over, more and more countries are opening economic activities in a controlled and gradual manner to allow more companies to open and resume operations.

Despite the global pandemic, the forex market has remained the largest and most liquid of the markets, with significant inflows in recent months, particularly from more African countries, as traders embark on trading currencies and foreign exchange.

With economies returning to near-normal but controlled and protected operations, more inflows are certain as economic conditions improve to positively influence the strength of local currencies and their position against the United States dollar. 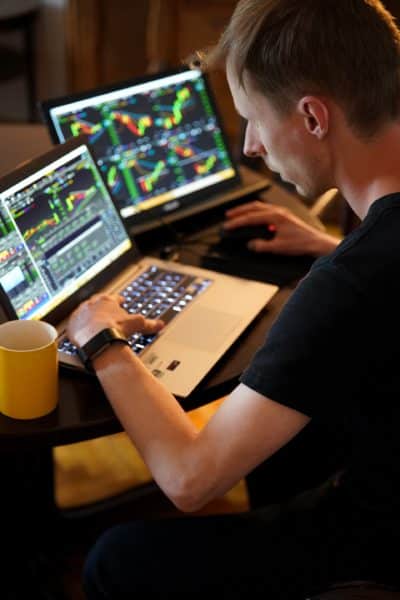