The Best New Online Video Slots To Play In 2021

The newest online video gaming slots to play in 2021 have higher standards in the online entertainment sector. All these new slots are being reviewed first and then being released monthly to provide maximum customer satisfaction that is expected out of a standard gaming slot.

These new launches are about to amaze the gamblers with their newest themes and amazing features, along with nerve-wracking gameplay. The gaming developers keep on following gambling tendencies and trends to attain newer ideas and concepts for the online video gaming slots. The latest slots in the market are of top quality with amazing graphics, payouts, and bonus features.

The gambling industry thrives on the newest concepts and the best strategies while developing a game. Thus, all the newest slots are worth a try to experience the advancement of the industry. 2021 has already planned many new releases in the upcoming months for the punters. 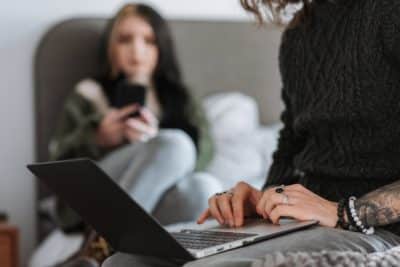 Newest Titles And Their Popularity

The newest online video games that are to be released in 2021 involve quite a few good slots that are worth the mention. Some of them are: 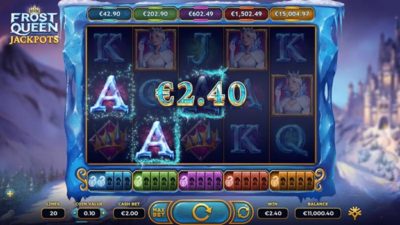 It is a video slot by Yggdrasil, which was released on the 21st of January, 2021. The theme revolves around the winter season and its effects on the climate, scenery, and surroundings. As the name suggests, the game’s whole plot is blanketed around the Frost Queen character, which is fiction.

The character is a beautiful lady with golden hair and bluish skin having cruel and hateful intentions. She bears magical powers via her tiara. The plot is inspired by the tale of the Snow Queen fairy tale written by Hans Christian Andersen.

The character has to fight the Frost Queen in order to achieve jackpots and cashouts, which have to be accessed by the snow-covered reels. The game has 5 reels and 20 paylines with an RTP of 96%.

Special features of the game: 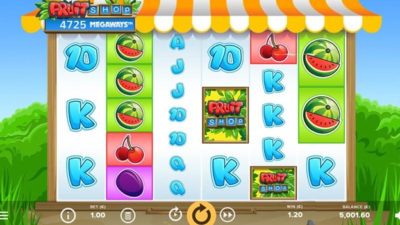 This video game slot is developed by NetEnt and was released on the 28th of January, 2021. The game depicts a classy yet detailed fruit theme. The player spins the reels with fruit symbols like cherries, oranges, watermelons, and lemons with realistic graphics. The Megaways engine offers many active paylines across the reels to help achieve any of the 117,649 winning combinations. This slot is highly volatile in nature, with an RTP of 96.06%.

Features of the game: 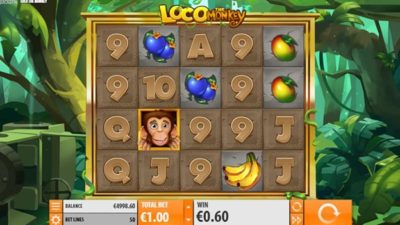 This game was developed by Quickspin and was released on the 12th of January, 2021. The game has a jungle-based theme with breathtaking visuals to keep the crowd hooked. This is a 5 reel 50 payline slot with symbols of tropical fruits like lime, berries, mangoes, pineapples, and monkeys amidst the thick forest cover. The game is volatile in nature, and the RTP is 96.15%.

There are plenty of winning combinations when at least three symbols land side by side from the left reel. The banana symbol is the highest paying, and when five bananas are landed upon, a punter can win up to 10x of the betting amount. Loco appears on reels 2, 3, 4, or 5 and substitutes other symbols except the scatter.

Features of the game: 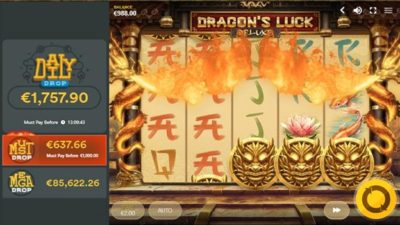 This slot has a Chinese theme and has amazing graphics with sound. The traditional Asian theme has a soundtrack paired with it. The reels are set within a Pagoda Style building surrounded by hills and mist. Chinese style A-10 royal values are placed alongside a lotus, doll, and a goldfish. The game has 5 reels, 4 rows with 20 paylines.

For forming a winning combination, one has to land 3 or more matching symbols on a payline on the adjoining reels from the first reel. The RTP of the game stands at 95.77%, with medium variance. The logo 138 holds the most rewards and pays 10,15 or 69x the total stake amount if the player lands 3, 4, or 5 across a payline.

Special features of the game:

How To Find New Slot Games?

There are dozens of new games being released every month, ranging from slots, poker, blackjack, and so on. Finding good slots with high payouts, bonuses, add on features is the real challenge. The operators of these games line up the games according to their releases in their libraries.

Games are also ranked according to their ratings, making it easier for the gamers to choose their favorite game. Comparing games or going through reviews is important before trying out a new slot. This would be a bit time taking but would provide a wonderful gaming experience in the end.

The wide range of Novomatic free slots deserves a special mention here. With various themes, wonderful features, bonus schemes, and jackpots, these free slots from Novomatic have been loved by players worldwide.

There are many new releases lined up for 2021. Some offer intriguing themes and gameplay that would attract gamers from across the globe. New video game slots open up a higher revenue generation scope and offer the players newer gaming content to try out. This industry’s advancement has shown significant growth over the years, motivating gaming developers to design slots according to the current themes and scenario-based. 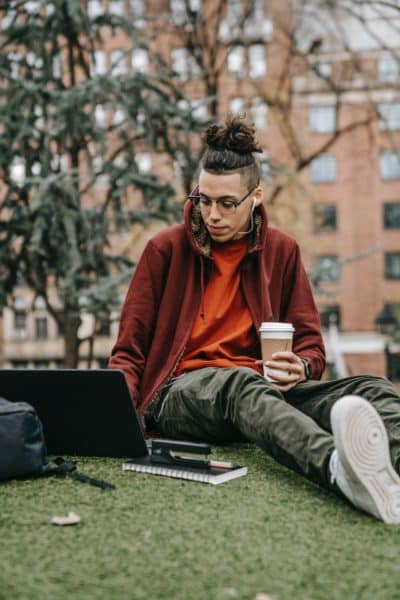