A Brief History Of Musical Instruments

It’s easy to take music for granted in today’s society because of the way it has proliferated in every aspect of our culture. Being able to just flip on the radio – or more likely, these days, turn on a music streaming app – and hear any kind of music imaginable.

Even before the phonograph’s advent, all a person needed was an instrument and enough skill to have a beautiful song playing in their own room. Since everyone is endowed with their own internal musical instrument – their voice – no one with the ability and inspiration was very far from music at any given time.

It, of course, can’t be said for sure when exactly humans started using their voices to create music. There is, however, ample evidence and records that tell us many interesting things about the first musical instruments and how they developed into what we know today. 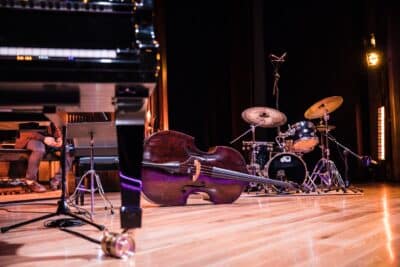 A Timeline Of Instruments

Music, without a doubt, is ingrained into human beings, evidenced by the fact that musical instruments came about just about as soon as human culture emerged. Specificity beyond that is, unfortunately, impossible to determine for sure due to lack of archeological evidence. The oldest instrument that has been found – arguably – was a flute dating back to 65,000 B.C.

However, other experts say that flutes didn’t come about until about 37,000 years ago. Other historians won’t even hazard a guess as to the origins of the first instruments because these instruments would be made out of fragile materials that wouldn’t stand the test of time – and thus wouldn’t be around now for us to talk about anyway.

When early humans first picked up instruments and started using them to create melodies and rhythms, it wasn’t like a jam session or music less, the same way that people treat it today. In most cases, the instruments were used in important rituals that early humans performed to help them make sense of the chaotic world around them. Drums were popular among these religious ceremonies.

Some rituals had to do with communal activities that were vital to their survival, such as celebrating a successful hunt, in which a horn was often involved. These ceremonies have still survived over the ages but have transformed so much along the way that they’re barely recognizable for what they were anymore.

The next time you’re celebrating the victory of your favorite sports team, it can be interesting to compare the singing and cheering to their prehistoric origins. As these songs became more complex and regularly used, the composition of specific recurring melodies eventually took hold.

These melodies, the first versions of songs to existing, gave something for the world’s first musicians to play – although there were no coffee shops back then. They had to settle for fireside gigs and likely practiced outside their caves, having been thrown out by cantankerous relatives who just couldn’t take it anymore.

There were simple instruments that could be played by anyone and were more suited for the working class, who had little or no off-time to practice. The professional instruments, on the other hand, were usually complex but could produce much richer and various tones.

Mesopotamia was the birthplace of many fascinating instruments like the sistra, cymbals, rattles, concussion clubs, clappers, and bells. Beyond that, the Mesopotamians had an extreme fondness for stringed instruments. This is clear by the number of clay figures and other string players’ depictions found in their culture.

Egypt and Israel together had a huge bearing on the development of musical instruments. While places like Greece, Rome, and Etruria had less influence, they still imported simple instruments like lyres and spread their usage.

As the world became more connected and widely explored, instrument types and styles became commonly traded across cultures, leading to exciting hybridizations with a richness of influences.

The use of percussion instruments spread to various places in Asia and other parts of the world, with cymbals becoming a favorite. European music became markedly more complex around the end of this historical era. The use of more advanced tablature and instruments that were built somewhat more universally gave them a huge advantage on the musical stage.

What is commonly referred to as “Classical” music can actually be broken down into several distinct periods? Starting with Renaissance, Baroque, finally into Classical, and ending with Romantic, great composers cut their teeth on piano, organ, harpsichord, and the various orchestral strings.

As far as strings go, the violin was naturally among the most popular, but the lute was also one of the most commonly seen stringed instruments of the day throughout the first half of the 1700s. However, it was during that century that the guitar finally became popular – a precursor to the way it would shape popular music hundreds of years later.

In the 20th century, fewer innovations were made to instruments as everything became standardized, and there was no longer a reason to change or create new instruments. That is until the wider availability of electricity led to a whole new family of electric keyboards and guitars that would literally rock the world of music, bringing us to the sounds that we’re familiar with today.

Having so much time for evolving musical instruments, we ended up with an enormous variety of them. It’s easy to get lost trying to find the best one. That’s where SoundHalo comes in handy with its in-depth guides and reviews covering a wide range of musical instruments and sound gear. Check them out to find your next piano, guitar, or some other esoteric instrument. 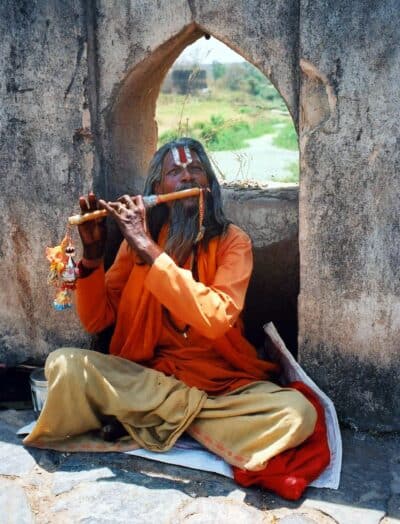