Unlike most casino games, which can only trace their origins back a few hundred years, dice games have been around for millennia. Roman soldiers had made rudimentary dice from the knuckles of pigs, while Arabic dice games may date back even further. Even the most popular of all the dice games, craps, can be traced back as far as the crusades. 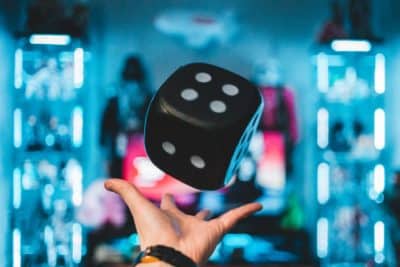 The History Of Craps

An early form of craps was invented by the men of Sir William of Tyre as long ago as 1125. His soldiers were bored during the siege of a castle named Asart or Hazarth and invented a dice game to pass the time. This was named after the castle and became the popular game hazard.

Hazard spread across Europe as the soldiers returned, and by the 1370s it was so popular it was mentioned in Chaucer’s Canterbury Tales. By the late 1600s, it had become a major pastime of the English royalty and nobility, with immense sums wagered on elaborate games that were the highlight of the social calendar.

The modern name is thought to have come from the French word, crapaud, which means toad, referring to the crouched position of players, although there are several competing theories of its etymology.

Crapaud, or ‘crabs’ as it was known in England, is thought to have crossed the Atlantic with both English and French settlers, gaining a foothold with Cajun cultures in the South before spreading along the Mississippi via the riverboat casinos.

By the turn of the 20th-century, craps had lost its noble position, mainly because of the rise in ‘crooked’ dice, and it was relegated to the back alleyways and street games. Fortunately, a man named John H Winn rode to the rescue in 1907, earning himself the title ‘the father of modern craps’ in the process.

Winn’s stroke of genius was to introduce bets against the thrower, such as ‘don’t pass’ and ‘don’t come’ bets. This meant that loaded dice no longer gave the house an advantage, as players could bet either way.

Craps was boosted by the legalization of gambling in Las Vegas in the 1930s, and the game became hugely popular with soldiers during the second world war, with dice being much easier to carry and play than cards or other games.

As these servicemen returned home with their new game, the popularity of craps was cemented by the musical Guys and Dolls, both on Broadway in the 1950s and the 1955 movie version, starring Marlon Brando and Frank Sinatra. With Sinatra crooning ‘Luck Be a lady Tonight’ as he cast the dice, craps was finally back in the mainstream.

Today, craps have grown to be a popular casino game, with many gambling strategies available that explain how to win at craps by making the right bets at the right time. However, this is easier than it sounds.

For a game that involves just two dice, craps are quite complex to learn, so before heading to the table or logging in online, it is well worth checking out a beginners’ guide to craps to give you the basics.

There are dozens of different craps bets available, some of which involve multiple rolls of the dice with payouts dependent on a set sequence of events. The house edge varies according to the bet placed, with a simple pass bet carrying a 1.41% house edge, while hardways, such as making 6 from two threes or 4 from two twos, caring a huge house edge of up to 11.11%.

Unlike most casino games, there are craps bets with no house edge at all, with ‘free odds’ or ‘lay odds’ bets paid out at the actual odds of the event occurring, with no cut or commission for the casino.

Win or lose; there is no doubting the excitement of craps. Unlike most card games, with their hidden hands and ponderous action, craps is a dynamic game with everything on show and no need for poker faces.

You even get to roll the dice yourself when it’s your turn, watching them tumble down the table as the crowd holds their breath to see the outcome. No wonder it has become a staple of Hollywood drama, in movies such as Diamonds are Forever, Casino, and Indecent Proposal. 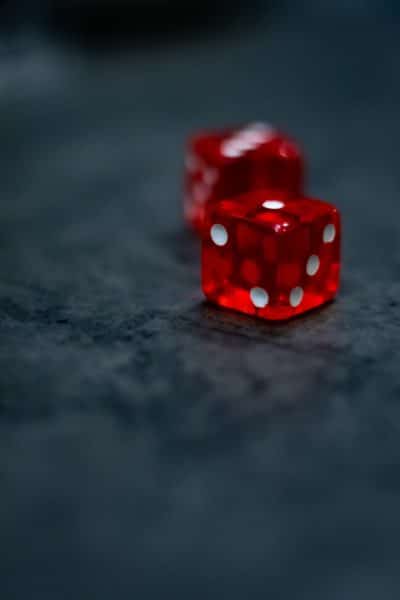