How To Get Bigger Clouds When Vaping – Quick Guide

For many who vape, nothing is more fun than putting together a vaping setup that produces the most significant clouds possible. Cloud chasing isn’t just about entertainment, though; it’s also about satisfaction and flavor. The better your device’s cloud production is, the more e-liquid you’ll inhale. The more e-liquid you inhale, the easier it’ll be for you to get the amount of nicotine that you require. 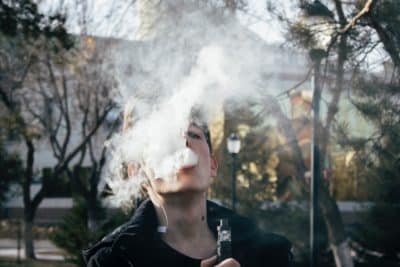 Vegetable glycerin (VG) and propylene glycol (PG) are the two base components of any e-liquid. Between the two, VG is significantly thicker and generates large, thick clouds that hover in the air for a long time before dissipating.

A high-VG e-liquid is one that generally contains at least 70 percent VG, with PG making up the remainder of the e-liquid. If you want an e-liquid with even more VG, you can also find “Max-VG” and “100-Percent VG” e-liquids. Here’s how the three types of e-liquid compare.

A final thing to keep in mind about e-liquid is that, when you upgrade from a beginner’s e-cigarette to a cloud-chasing setup, you’ll need to begin using a lower nicotine strength. If you’re currently using a vaping device with pre-filled pods, you might be utilizing a nicotine strength as high as 50 mg/ml.

With the correct cloud-chasing setup, you’ll want to reduce your nicotine strength all the way down to 3-6 mg/ml. While that might seem like a drastic change, you won’t notice a difference in your level of satisfaction because you’ll be inhaling considerably more e-liquid.

Choosing The Best Tank Or Atomizer For Bigger Clouds

In general, you can look at a vape tank to get a good idea of whether it’s designed for maximum cloud production. The larger a tank is, the bigger the clouds it’s likely to produce. A wide mouthpiece and big airflow vents facilitate smooth and easy inhaling.

A large atomizer coil assembly probably has a massive heating wire, and a large glass enclosure indicates that a tank is designed to go through a lot of e-liquid. Put all of those elements together, and you’ve got a tank that’s probably designed for serious cloud production.

The size of the atomizer coil assembly, however, is perhaps the best indicator of a tank’s capacity to produce big clouds. The more surface area a heating wire has, the better its cloud production will be.

Many cloud chasers buy rebuildable atomizers and build their own vaping coils. A rebuildable atomizer typically has extremely open airflow and puts your mouth right next to the heating coil; both of those factors are great for flavor and cloud production.

Building coils from scratch is a significant time sink, though, and you can get virtually the same performance from a modern tank with a mesh coil. A mesh coil has ample surfac

It used to be the case that if you wanted the best vapor production possible, you needed to own a vaping device capable of operating at extremely high wattages. In other words, you needed to own a dual-battery box mod with a power ceiling well above 100 watts. Just a few years ago, all of the best cloud chasing tanks required power delivery of 100 watts or higher to reach their full potential.

Mesh coils, however, have made the power requirements for modern cloud chasing tanks much more reasonable. Many mesh coil tanks provide spectacular performance at 50-70 watts, putting serious cloud chasing within reach even for owners of single-battery vape pens. New vape pens from companies like SMOK are so simple that they only have single-button controls, and they include tanks with excellent cloud production characteristics.

Bear in mind, though, that while a good single-battery vape pen can deliver 50-70 watts of power, you won’t get the most magnificent battery life from such a device and may have to recharge your vape pen 2-3 times per day. The more often you recharge a lithium-ion battery, the shorter its lifespan will be. In that sense, there is still a place for the old-fashioned dual-battery box mod.

The biggest change that you’ll need to make if you want to chase clouds won’t actually involve your hardware or your e-liquid; it’ll involve the way in which you vape. The vaping devices intended for beginners are designed for mouth-to-lung inhaling because that’s the way you inhale when you smoke. Your mouth can only hold so much vapor, though, so vaping hardware that’s designed for severe cloud production has its airflow optimized for direct-to-lung inhaling.

When you become accustomed to that inhaling style, you’ll find it very satisfying because you’ll experience much more vibrant flavors than a mouth-to-lung setup could ever provide. You’ll also enjoy some of the most significant clouds you’ve ever seen. 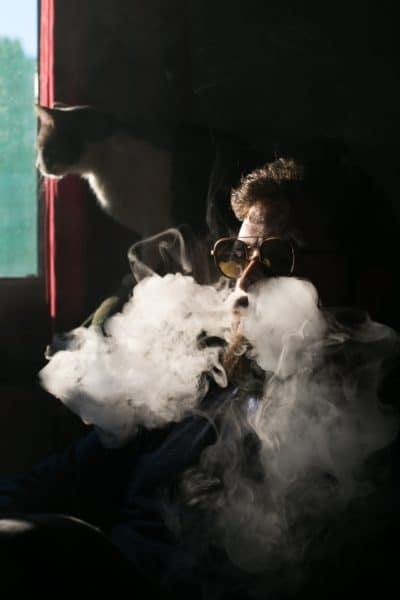