Is the Dodge Journey A Good Used Car?

Dodge is synonymous with powerful gas-guzzling muscle cars, giving us the crazy Demon and iconic Viper. However, the American giant also has a softer side. In this case, it is a midsize SUV called the Dodge Journey. Often regarded as Dodge’s soft underbelly, the SUV is frequently positioned at the bottom of the segment.

Over the years, the seven-seater hasn’t seen much change, with the last minor facelift dating back to 2019. Dodge then discontinued the Journey in 2020, with no apparent successor in sight. But it can’t be all that bad, as the Journey does come with a low starting price and decent fuel economy. It’s also not so hard to maintain or repair, provided you have a Dodge Journey repair manual on hand.

So, if you like how it looks and value its advantages, read on to learn more about this American SUV before spending any money on it. 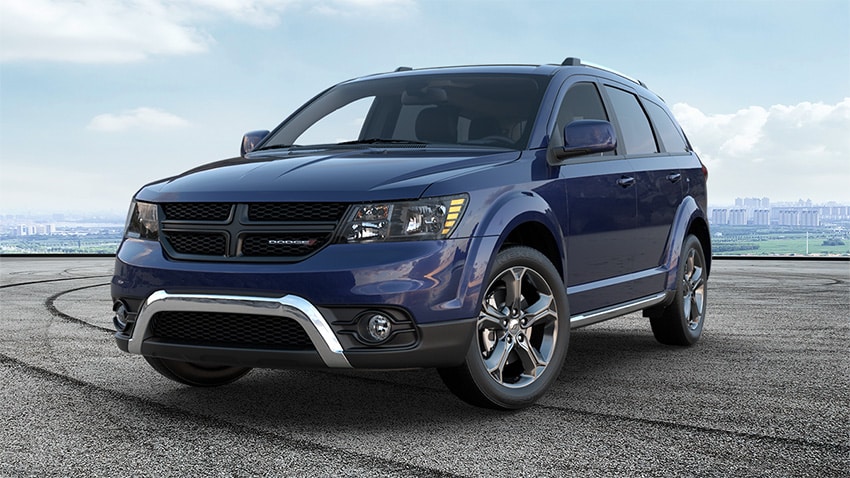 How Much Does The Dodge Journey Cost?

The Journey debuted in 2009 with a low starting MSRP, aimed at the American middle class. Dodge initially introduced several trim options starting at $20,925 for the FWD 4dr SE. On the other hand, the FWD and AWD 4dr SXT were priced at $23,925 and $26,470, respectively.

Since then, the Journey’s starting price has revolved around the $20,000 mark and is among the few positive things about the SUV. The 2019 Dodge Journey SE FWD starts at $23,002, while the all-wheel-drive variant costs an extra thousand. Meanwhile, the Crossroad AWD trim option is Journey’s first entry into the $30,000 mark, and the higher-end GT FWD comes with a V6 and costs $33,645.

So does a low price suffice for its poor performance? If you are on a budget, the Journey is quite a large vehicle for the price, and that is one way to look at it. But a Kia Sorento, costing a few thousand extra, is a much better deal with its better build quality and engine. The Journey, especially the 2009 model, is notorious for prematurely worn-out brake components and has received severe backlash for the overall build quality.

The engine is not a strong point of the Journey. The 2020 front-wheel-drive variants are powered by a, let’s admit it, quite mediocre 2.4-liter four-cylinder engine producing only 172 hp. A four-speed automatic transmission helps in delivering power to its front wheels.

But this wasn’t always the case. In the beginning, the Journey also came with a 3.5-liter V6 producing 235 hp. It was capable of towing 3,500 pounds and had a decent mileage. Moreover, the 2011 model even witnessed a transition from a 3.5-liter V6 to a 3.6 liter Pentastar V6.

The V6 wasn’t a thing to boast about, but it was certainly better than the four-cylinder engine. If you are looking for a more recent model like a used 2017 or 2016 model with a V6, there are several things to look out for, including worn-out valve stem seals and faulty cooling systems.

Performance-wise, the four-cylinder Journey takes quite some time to accelerate, although the V6 is good for the category. Regardless of the engine, the transmission is very slow at downshifts, and the handling isn’t a strong point, either. Suffice to say; you won’t be having much fun behind the steering wheel.

Furthermore, the vehicle’s overall reliability is highly frowned upon as J.D. Power gives it only two out of five-star ratings, which is quite alarming in itself. However, if you know your way around cars, that’s nothing you can’t fix using a Dodge Journey service manual. Don’t have one? Take a look at eManualOnline. Their manuals are easy to use and sure to significantly reduce your Journey’s overall maintenance costs.

Perhaps the only thing that makes the Journey a bit competitive in its class is its decent fuel economy. The four-cylinder variant is rated at 19 mpg city and 25 mpg highway, while the V6 comes with a 15/22 mpg. For comparison, the Kia Sorento has similar mpg ratings and has a more powerful V6, again gaining an edge over its Dodge counterpart.

Another factor to consider when buying a used Dodge Journey is the maintenance cost. A poorly maintained and worn-out model might initially look appealing for the low price but will soon bleed you out with repair costs. On average, it costs customers $789 in maintenance annually.

However, once again, you can cut those costs greatly with the help of a Dodge Journey workshop manual. Even experienced mechanics use these manuals when they encounter a problem that’s hard to diagnose or repair.

Still, even if you have a manual at hand, we strongly advise against getting a 2009 model — it is the worst Journey ever built. Customers frequently reported brake calipers locking and premature wear and tear on the rotors and brake pads. Moreover, the brake brackets were of poor quality and easily susceptible to snapping. Repairing brake issues often costs $700 — the brake pads cost $150, one rotor is $300, and the labor would cost at least $158. Meanwhile, for the Kia Sorento, the same job costs $303, or $208 for parts and $95 for labor.

Another frequently reported problem is a faulty TIPM (Totally Integrated Power Module), which is not affordable to fix at all. Furthermore, numerous complaints were made on the car not starting, battery failure, or a malfunctioning wireless ignition. Other users complained about a problematic gearbox with the SUV stuck in Park.

Dealership repair shops aren’t cheap and can charge up to $500 for an ignition switch replacement, while a new fuel pump can cost you over $1000. Seeing how much Dodge Journey repairs cost, getting a service manual seems like an even better idea.

Dodge Journey vs. The Competition

The Journey comes with 67.6 cubic feet of space with the second and third-row folded down,  but that’s usually not an essential quality. Regular buyers value interior and cargo space when the whole family is on board.

For instance, the Honda CR-V has a much more comfortable second row, although it misses the third row. It also comes with a host of safety tech, including forward collision warning and adaptive cruise control, which the Journey lacks. On the other hand, the Kia Sorento features a higher-quality interior, more cargo space, and a higher reliability rating.

Simply put, the Journey isn’t the best SUV you could buy. It has a weak engine and numerous reliability issues, and its cabin isn’t as well-appointed as its closest rivals. Still, the Journey is one of the few SUVs in its price range with three seating rows, which is an advantage for some buyers.

If that’s something that appeals to you, we would recommend avoiding the 2009 model. Also, make sure that you closely inspect the Journey before buying — going a professional mechanic is advisable in this case. Finally, maintaining any vehicle regularly will significantly increase its reliability, and the same is true for the Dodge Journey. 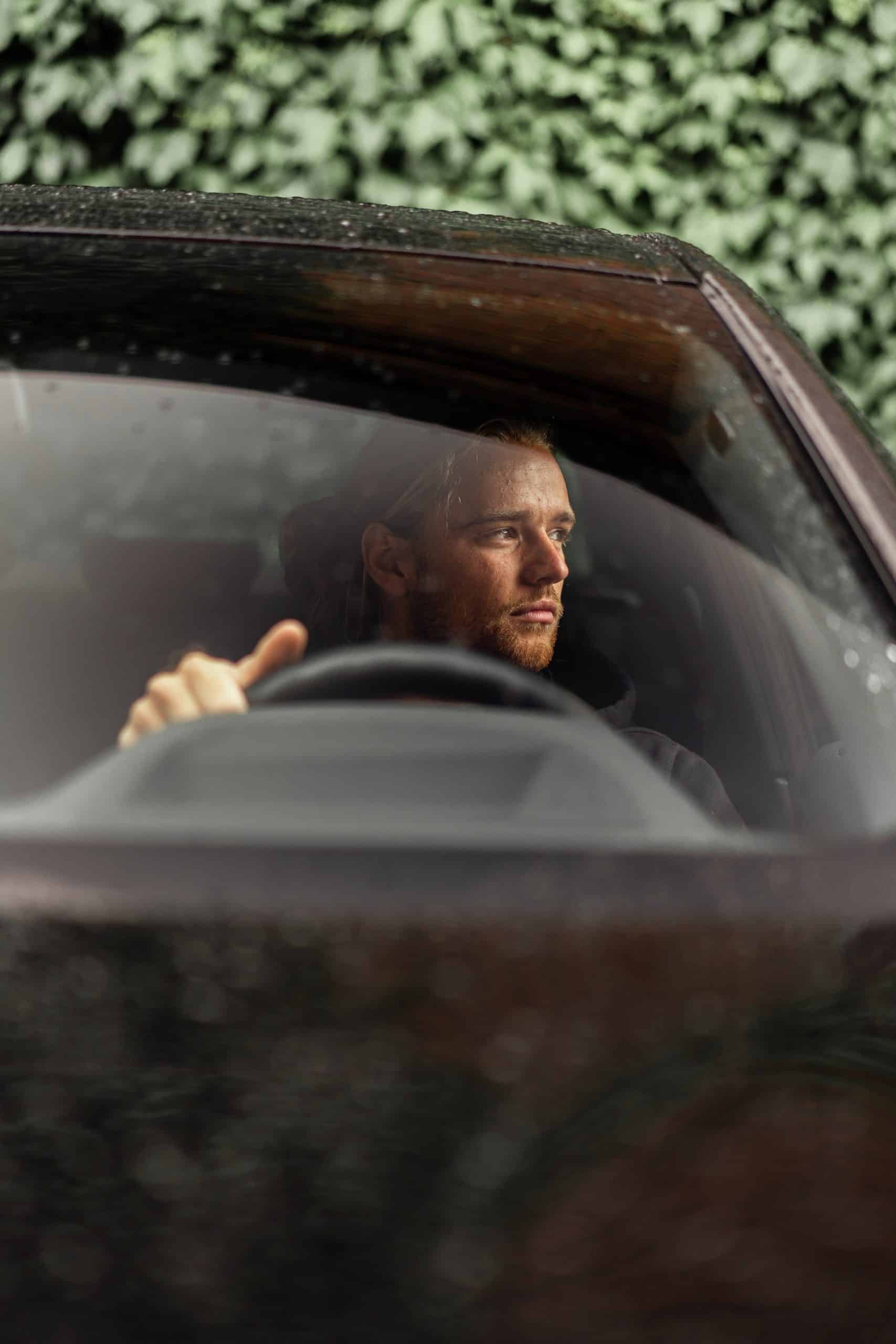