If you are among the younger generation you know that streamers and YouTubers like to LEDify their setups to a degree where it looks like they are living in a sci-fi movie. This is not something that is new and through the years, we have seen LEDification being done on cars, houses, well, you name it. Everything is getting that LED treatment and for a good reason too. Who doesn’t need to light up our lives just a little bit, right? 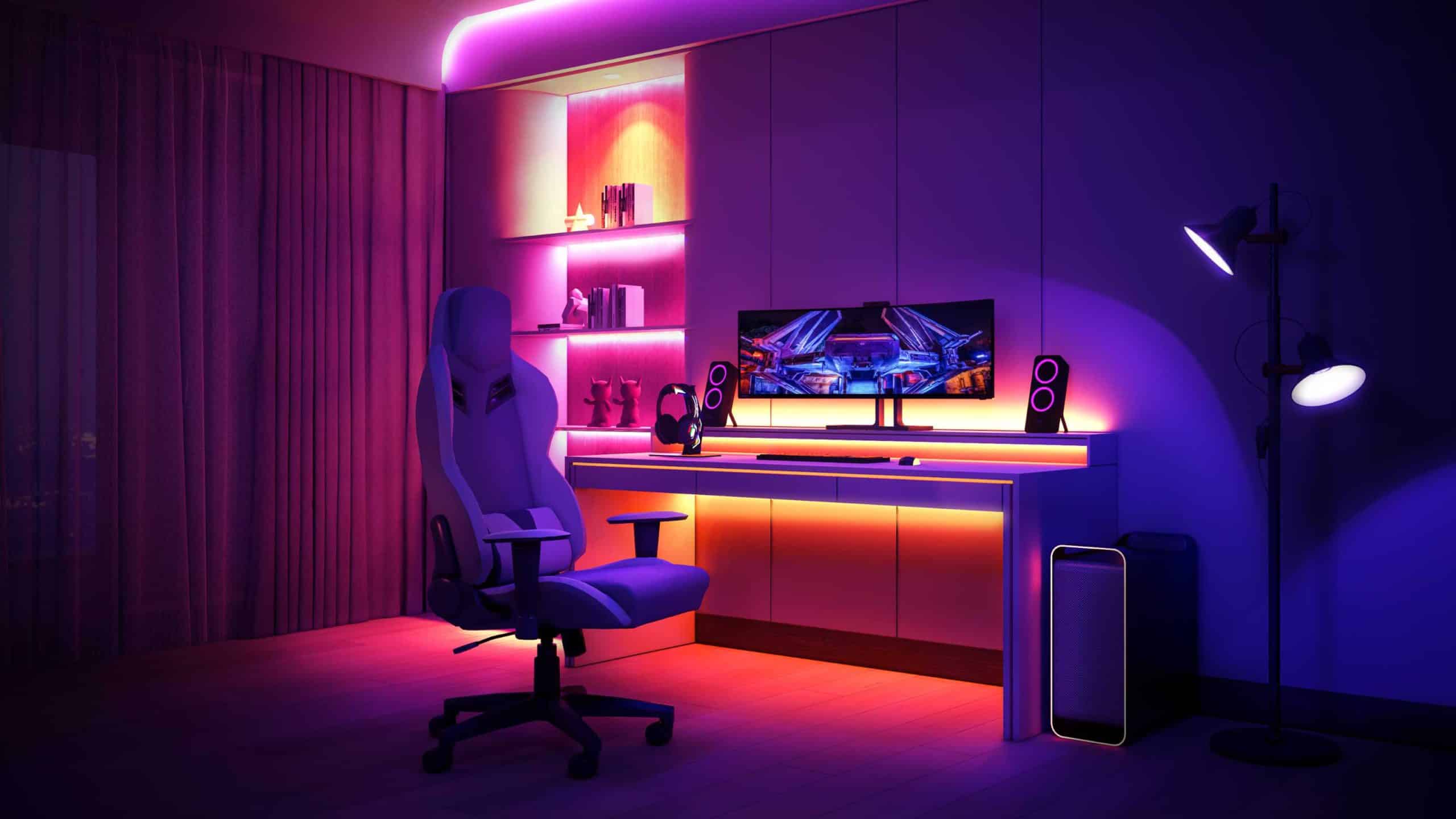 SwitchBot LED Strip Light – The Technology Behind The Strip

What has made LED technology so popular is first and foremost that, if done right, LED lights are very durable and last longer than older light technologies. Another positive is also that you can create lights with different colors without having to make the actual light any larger than a fraction of a nail.

What makes SwitchBot LED Light Strip so ingenious is that it is compatible with smart technologies such as Alexa, Google Home, Siri shortcut, SmartThings, IFTTT, and CLOVA. You can, just using your voice, give the SwitchBot LED Strip Light commands that will ultimately change the way your home environment is illuminated. Not only is this a huge step forward for smart home technology, but it is also a great way for handicapped people to take control of the lighting at home.

With this smart technology comes a lot of benefits such as the fact that you can play music and use LED Strip Light to make parties more dynamic. Whatever the occasion is, Halloween, a birthday party, or Christmas, you can change the lighting to fit the mood of the evening down to the slightest shade change in color that you wish to flood the evening in.

Create Presets To Instantly Switch The Lighting At Home

In the SwitchBot ecosystem you will find things like a contact sensor, hub mini, curtain, remote control, and much more turning this particular technology into something amazingly powerful and allow you to put together setups like: 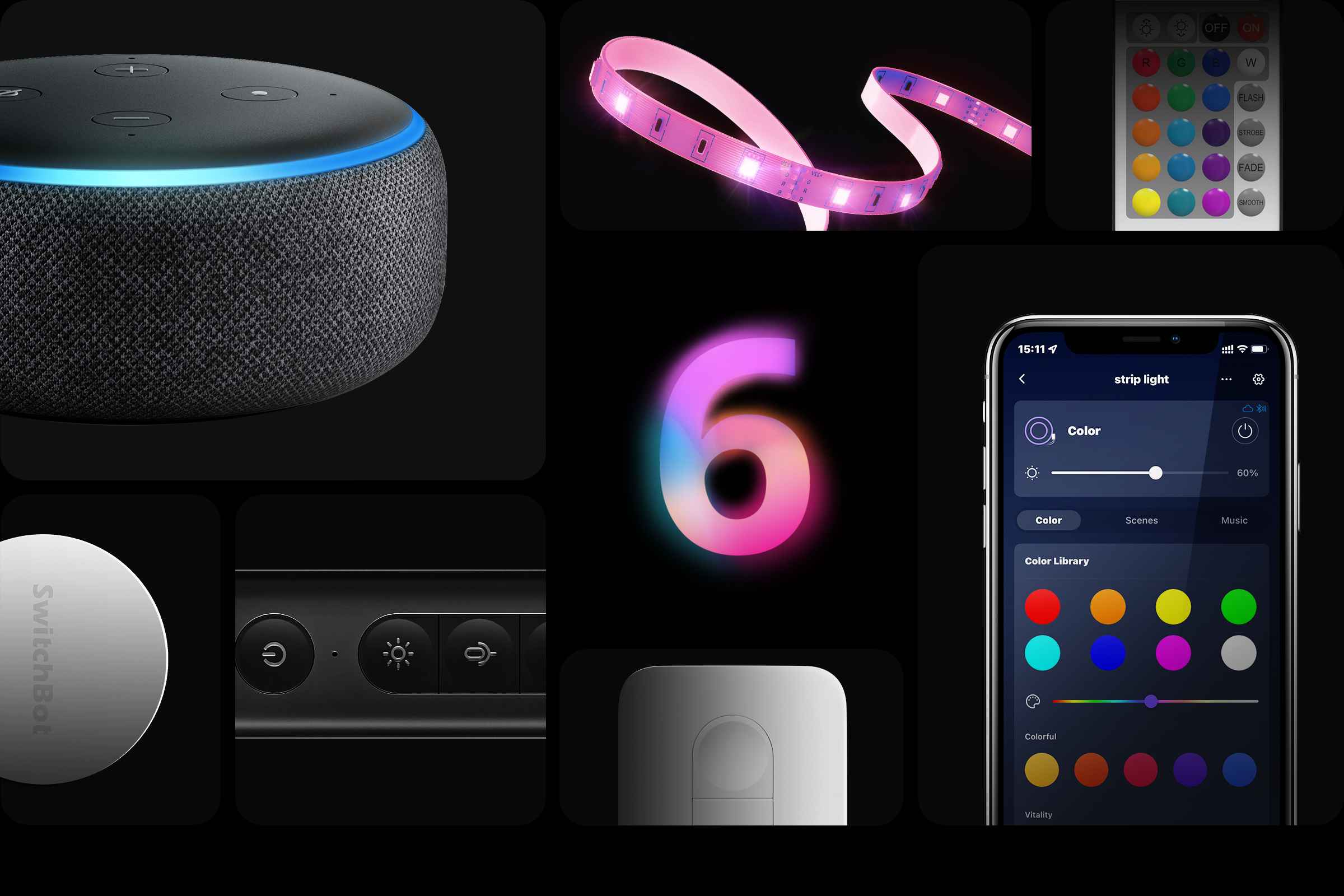 About SwitchBot LED Strip Light And The Ecosystem That Drives It

The easiest way to say it is that SwitchBot is a global consumer IoT brand established by a team of makers, backed by global leading VC firms including Hillhouse Capital, Source Code Capital, Ventech, QF Capital, and XBOT Park. Its competitors are Gove, Kasa, LE, Nexillumi, MINGER, and SwitchBot is currently leading the innovation in the field by a margin of, should we say, awesome, to put it bluntly.

As described by the company itself, “We started off with a simple idea of making a mechanical robot to press the light rocker switch back in 2015 and successfully launched SwitchBot Bot on crowdfunding platforms at the end of 2016. With the mission to improve everyone’s life with technology and innovation, we have grown from a 2-man start-up to a team of hundreds of makers, and successfully launched SwitchBot Thermometer and Hygrometer, Hub Mini, Curtain, Smart  Humidifier, and many more to more than 100 countries and regions.”

As the LED technology continues forward, the creators of the SwitchBot ecosystem is dedicated and focused on upgrading existing items in the home instead of replacing them. This means that instead of having to shell out a ton of money every time something new comes out, you can instead just upgrade it with SwitchBot tech and features. Affordably and quite simply, SwitchBot products turn existing items in the home, smart. 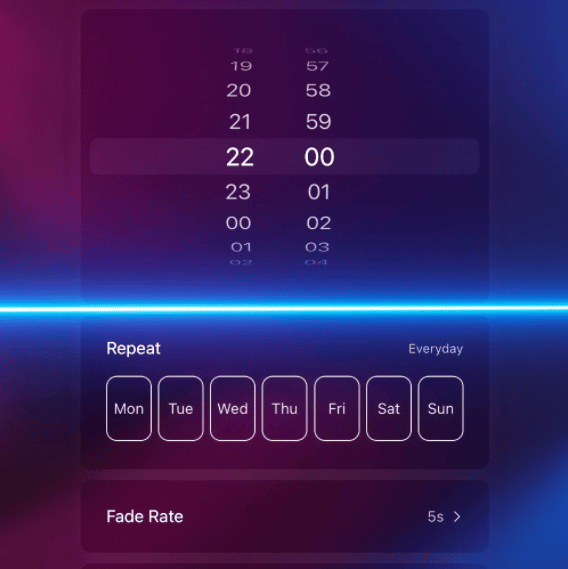 It’s easy to go for the cheapest and featureless LED technologies just because it’s cheap. However, with the SwitchBot LED Strip Light you get so much more than basic functionality and poor quality. Below you can find the specification for the introductory package, which you can then upgrade and expand should you feel the need for it. 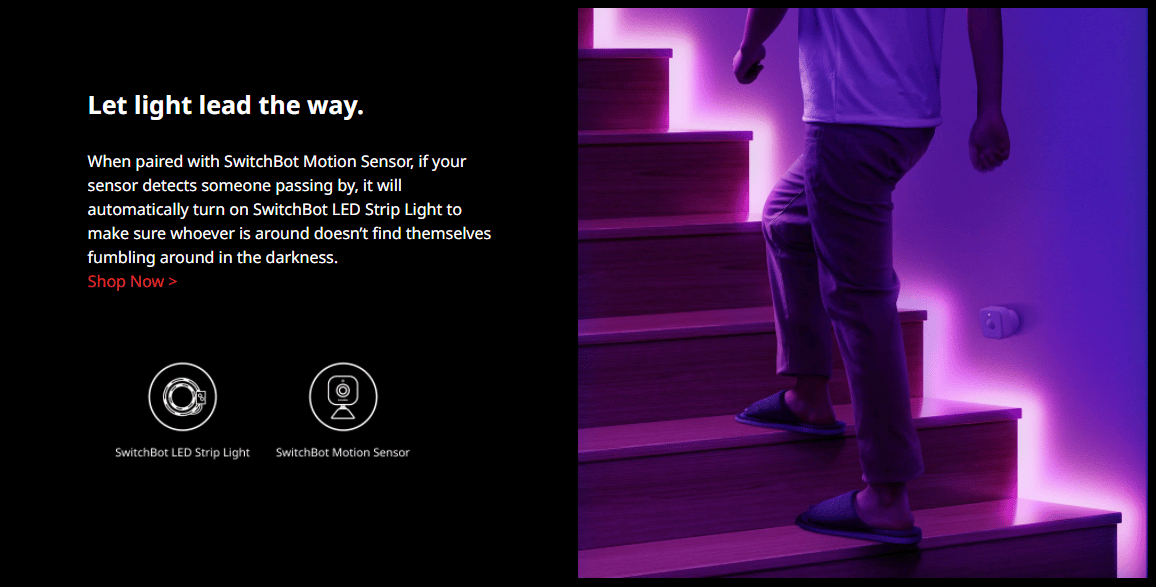 So, what do we really think about the technology behind the SwitchBot LED Strip Light, and what is the verdict that we would give the ecosystem that keeps unfolding in the SwitchBot universe?

Well, we would definitely choose SwitchBot over current brands on the market purely because of its features, upgradability, and continued innovation. Not many brands value upgradability, which is something that most customers crave in today’s technological society.

You should definitely give SwitchBot a try. Not only because you will be blown away by all the various configurations you will be able to put together at home, at work, or wherever you feel a bit of LEDification is due, but also because this technology is going to get even smarter quite fast and you don’t want to miss the train getting in right at the beginning. To us, it’s a no-brainer. We give two thumbs up for the SwitchBot LED Strip Light. 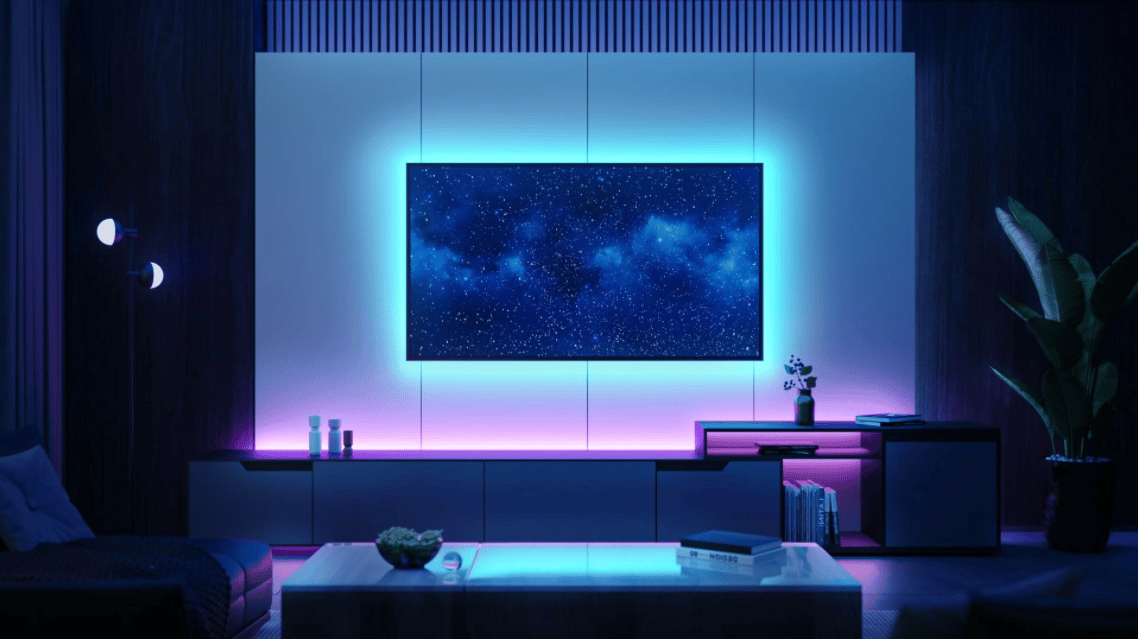