A new announcement from ridesharing super-power Uber says they are planning to make food delivery more automated. Uber Elevate is the air companion of the well-known ride-sharing company.

They will begin testing the pilot delivery programs with drones in the San Diego area. While the idea has already gone through technological and logistical experimentation, it is still dependent on consumer interaction. Consumers will still need to order, pay for, and take the food when it arrives.

Fast food is readily delivered from carry-out only restaurants through services like Uber Eats, Doordash, and Grubhub. These all involve an actual delivery person picking up, driving, and delivering the order. However, the future of fully automated delivery could be very near. 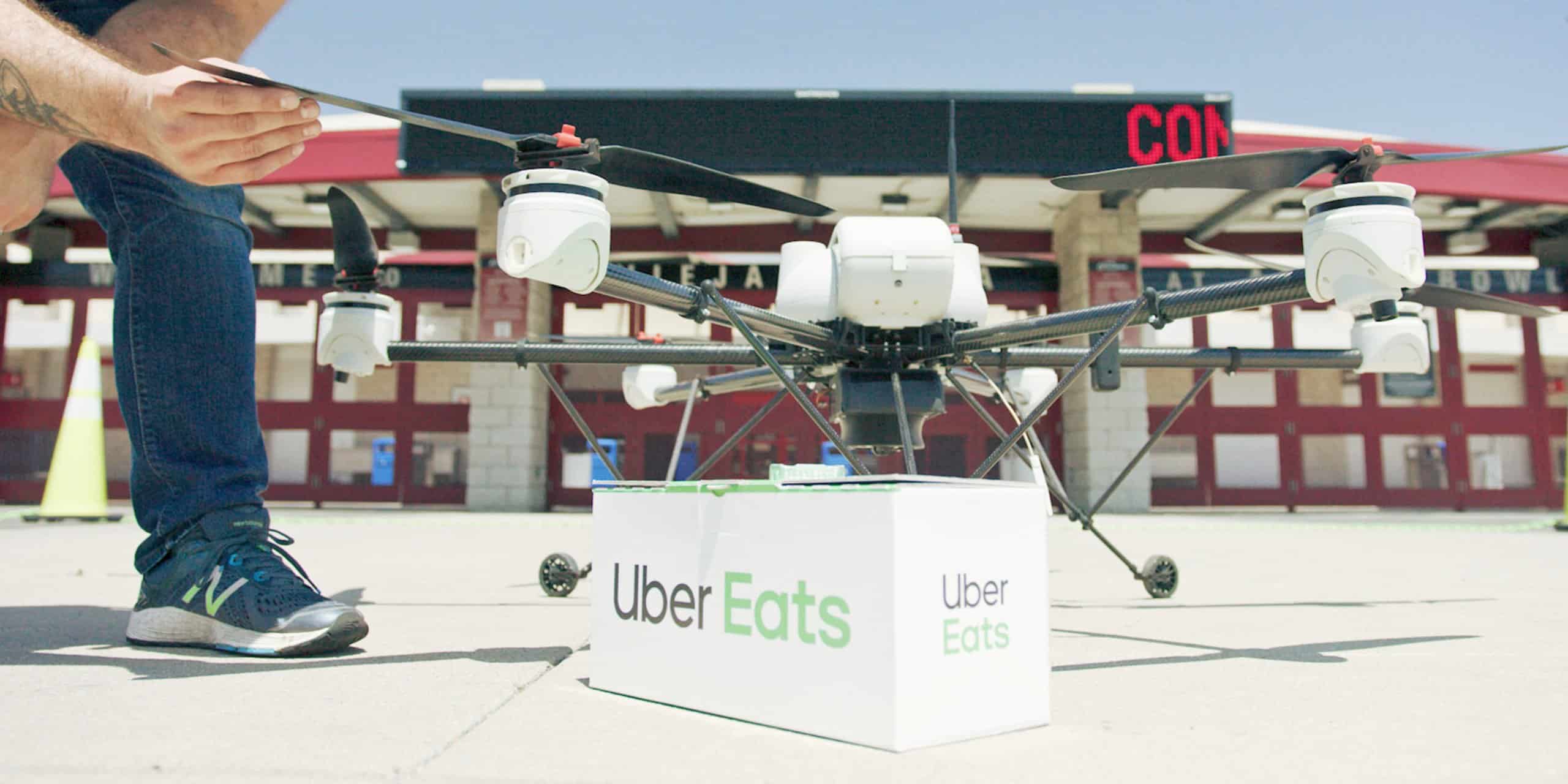 The Uber Air delivery drones will have safe ‘landing zones’ which are not the actual delivery destination. To begin, an uber driver could be stationed at a particular location, and then on the roof of that building, or in a nearby clearing, the package will be airdropped to the driver to complete its delivery.

So your food, for the most part, will still be delivered in person. This method will increase the delivery range as well as cutting down significantly on travel time and driver efforts. The type of packaging for this food is impertinent, so your meal is not delivered cold after its flight. McDonald’s is a tremendous partner of Uber Eats, together, the two are taking steps to design bags and containers, that will protect the temperature (and overall quality) of the food.

The Power Of Drones

Drone research is developing in Southern California, mostly because of military testing in the same proximity. The weather is also a considerable factor any time it comes to flying, and this area has perfect conditions for testing.

Thanks to this switch in drone control, new AI is being implemented into the air devices. The areas the test drones can serve is limited to 10 US locations, all dependent on permissions granted by the Federal Aviation Administration. Drone delivery services will need certification to distribute by air legally.

The issue with any emerging service is that others are likely to follow suit if the business if profitable, and this one definitely is. This means an overwhelming number of drone specific patents and regulations will need to be put in place. Walmart currently has the leading number of drone patents, even beating out Amazon.

Drones are primarily used for aerial imagery, which helps inventory in large warehouses, or can even spot building damages. This technology is still in its early stages, and unlike anything we’ve been able to do in the past, so the best uses are still being determined.

Delivery drones are not so far-fetched but are faced with their own list of restrictions. Fly zones are heavily guarded, and with the security systems in place, an influx of drones may disrupt or be hindered by electrical signals in their area.

These issues must seem over-commable to Uber’s tech team, since they are going ahead with the project. The fact that they are not the only ones implementing drone delivery makes the idea more concrete, and clearly a future option for Walmart and Amazon, as well. Imagine being able to make an order, have it attached to a drone and delivered in minutes, avoiding traffic and human error.

The medical field can benefit from drone delivery by procuring important medicines to people who live in rural areas. There are still many US citizens without vehicles, or who are notable distances from grocery stores, or hospitals.

Older people or those suffering from illnesses will often have more trouble leaving their home, and now they won’t have to. This applies emergency medical needs, as well. While a medical professional will still be necessary at times, a vital anti-venom or anti-biotic could be delivered to a secluded location at a moments notice.

We need delivery services and with drone delivery, so these companies can reach those who cannot physically purchase items regularly, but need to. Items with a high-price tag or even perishables can be securely airdropped to their destinations.

So, whether purchasing a diamond ring, or 1500mg CBD oil, you can be confident it’s security is a top priority. Drones can even be alerted to any delivery problems on the spot. Package theft, however, remains an issue. If a package is delivered without someone to collect it immediately, it could still be stolen.

If options are not available to ensure the package is taken by the right person, what is to stop the wrong person? Drones have also been shot out of the air in the past, and those carrying valuable packages may be targets for theft. But these issues are not only put on the consumer. Theft will cost the company as well in replacing packages or damaged drones.

Drones can technically be shot down when traveling without permission on someone’s property. This is reasonable since most drones today are used for taking pictures, streaming, or surveillance. What happens when this is the case? Or who is at fault if the drone malfunctions?

Launching and landing of drones needs thought out and approved. In crowded cities, the thought of where these areas can be or should be, placed in a large conflict. If delivery sites are not properly distributed, this could limit certain consumers. Suburban areas have a much higher chance of success, but with the sophisticated tech, would the cost be worth the effort?

Amazon needs drones because of the small number of warehouses they have, while the need is not exactly there for Uber. They already have these drivers ready to bring meals from restaurants. The most time used is during the cooking of the food.

So, that time frame is hardly changed with the employment of a drone. But what Uber does have is the mapping software used to organize rides, which can easily be transferred to an additional industry, which in turn will produce more funds to continue expanding.

Having allowable testing locations does not mean this service has a business license. The only way to receive this is from the Federal Aviation Authority, and they are focused on the security of the air space. It will take time for the government and these companies to hammer things out, but this is something that has consumer backing, so will likely come to fruition.

Delivery Of The Future

With drones making appearances in agriculture, real estate, and across many other fields, there is no sure way to see if they will be successful. Or, even what company will harness the food delivery power from these airdrops. But, our culture is always evolving, and this could be a massive step for the service industry. 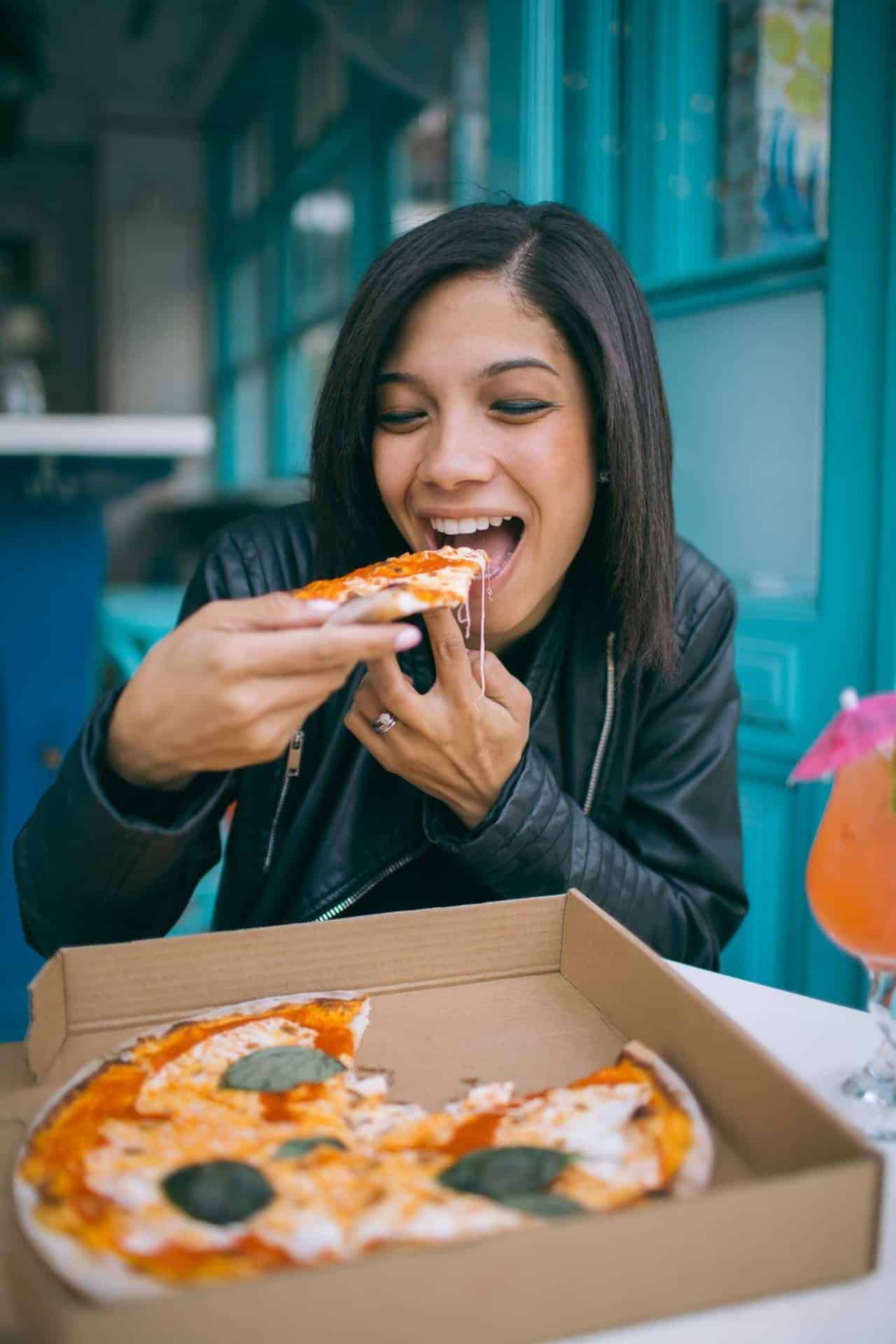 How To Budget For A New Home

How To Use Technology To Find An Apartment