Vaping vs Smoking – Getting Started The Right Way

According to the US Centers for Disease Control and Prevention, tobacco smoking is a leading cause of death in the United States. Tobacco smoking has been popular around the world for the past several decades, but with the awareness and widespread information on the harmful effects of tobacco smoking such as lung disease, cancer, and reduced lung capacity, researchers and scientists began to search for alternatives to smoking.

In cigarette smoking, the combustion of tobacco produces over twenty toxic chemicals that promote cancer formation known as carcinogens. These carcinogens ravage the human body and cause severe damage to body organs. Consequently, e-cigarettes and vape were born as an alternative to smoking. 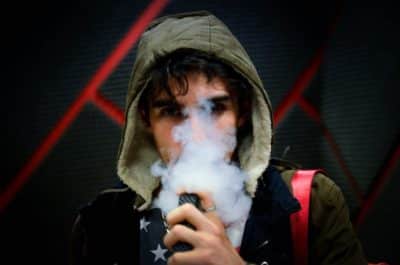 Vaping is the act of inhaling and exhaling a vapor, which is made up of aerosol. In tobacco smoking, the combustion of tobacco produces “smoke”, but in vaping, there is no need to combust, preferably the liquid containing nicotine is heated; this produces aerosol or “vapor”.

Vaping is an alternative for smoking because where the process of combusting tobacco produces harmful chemicals that result in severe and sometimes deadly illnesses, vaping is relatively harmless as it produces chemicals that are considered food grades such as acetaldehyde, vegetable glycerin, propylene glycol, nicotine, and nitrosamines.

A Look At Vaping Devices

Vaping devices are also known as electronic nicotine delivery systems, e-vaporizers, or e-cigarettes. These devices are battery-operated and have a compartment with a small tank called the cartridge, which contains the vaping juice, also called e-juice. Vaping devices can look like pipes, pens, cigars, USB memory sticks, or tobacco cigarettes. The device also has a mouthpiece that is used to inhale and the heating element.

Vaping vs Smoking – The Differences

There are many differences between vaping and smoking. A closer look reveals differences in the composition of chemicals, cost, addictiveness, and variety.

1. Toxic Chemicals And Safety For Others

The result is better skin health, oral hygiene, lung capacity, and an improved sense of smell for the vaper as opposed to a cigarette smoker. Another dangerous aspect of cigarette smoking is second-hand smoke, which is the smoke inhaled involuntarily from tobacco smoked by others.

It causes health problems in children and infants, including ear infections, respiratory infections, severe asthma, and sudden infant death syndrome, also known as SIDS. This suggests that vapor is better than cigarette smoke for bystanders.

The vaping liquid used in the cartridge of the vaping device, also known as e-juice comes in a variety of exciting flavors such as sweet, menthol, fruity, and flavorless. This provides choice and variety for vapers as they can swift between flavors when they tire of one taste. Tobacco smoking has no such option.

Vaping gives people total control of their nicotine intake and consumption because the e-juice used in the vaping device comes in different nicotine strength levels. The strength levels range from nicotine-free, medium, to high-strength.

Vaping is not as addictive as tobacco smoking. Cigarettes are made up of tobacco and nicotine; when combustion takes place, the nicotine is harmless but addictive, but the chemicals produced are harmful.

5. Cost Of Smoking vs Vaping

The financial cost of smoking is much higher than vaping. Vaping is cheaper than smoking because cigarettes in themselves are expensive. They also do not come in a device; instead they are disposable. Vape has a broad price range, and the vaping device is typically reused. This reduces the cost of vape overall and makes it a cheaper alternative for smoking.

Vaporesso starter kits are the best vaping devices for beginner vapers. These are all-in-one kits that contain all the components required for vaping, and they come in all shapes and sizes. For someone who wants to start vaping, the best products are pens such as the revolutionary POD system, VM Stick 18, Renova ZERO, and VM Solo 22.

There is also a larger Vaporesso vaping device, which is also an ideal starter kit called the Vaporesso Swag II. Another more powerful starter kit is the Luxe S Kit. It is good looking vaping kit with great features. The vaping starter kits cost between $14 to $80. The starter kits vary depending on the flexibility of the device and its simplicity.

Some of the advantages of the vaporesso starter kit are that they are easy to operate and easy to use. This is essential for both experienced vapers and beginners. An example of such a starter kit is the starter kit Zero and the Orca Solo vape pens. Another advantage is that vapers can control their nicotine intake by deciding on the amount of nicotine they would want in their e-juice. Based on preference, they could choose the strength level.

Research shows that vaping is an alternative to smoking. The health conditions that result from tobacco smoking suggest that a better option is vaping, which produces an aerosol. This results in better skin, better oral hygiene, better lung capacity, and other results.

Vaping completely eliminates secondhand smoke, and other health conditions such as chronic obstructive pulmonary disease, lung cancer, and chronic bronchitis. Vaping is cheaper and has a broad price range, which allows people with different budgets to obtain the vape kits that suit them. Vaping is also less addictive and enables the vaper to choose the strength level of the nicotine. 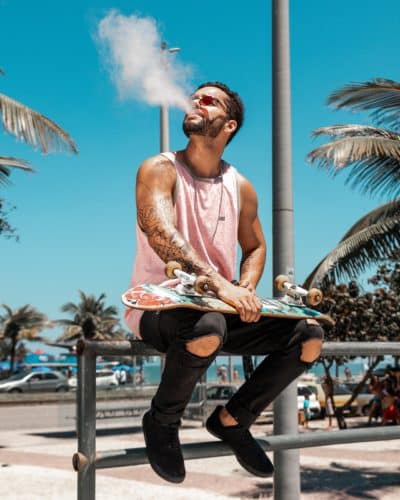