Five Skills You Can Sell As An Online Course

Teaching a single subject isn’t the same thing as being a teacher in a high school. In the vast majority of cases, high school teachers preside over a wide range of subjects. They may specialize in English, math, or science, but they’ll also be expected to cover other subjects if their colleagues are absent through sickness, if there’s a demand for them to do so. Almost everybody has a school story about how their gym class teacher once had to take an English or science class and struggled to do so!

In a lot of ways, that makes the job of somebody selling a specialist training course through the internet much easier than the job of someone teaching in a school. You only have to be an expert in the one individual field you’re selling your knowledge on, and nobody will ask you to cover a topic that you aren’t advertising.

The flipside of that is you’ll probably be expected to know more about your subject that a high school teacher is. After all, if you’re offering a single-focus course and asking people to pay for it, it’s reasonable for your customers to assume that you’re an expert in whatever field it is you’re asking them to buy into.

All of that makes your choice of topic extremely important. You’re probably considering going into selling your knowledge online because you believe you’re a great teacher, but do you have a great base of knowledge to back your teaching skills up with – and how do you know which skills people want to buy?

Before making a solid choice on your career change, consider the five possibilities we’re about to outline for you below. If you don’t know enough about them right now, consider acquiring the relevant knowledge. These are skills that you can be fairly sure that people want to buy right now. 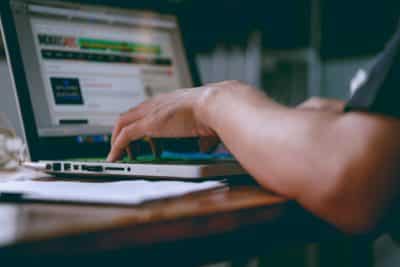 The internet is growing exponentially. Back in 2013, more than five hundred new websites were registered every single minute of every single day online, and that number is thought to have almost doubled since then.

Because there’s such a crowded marketplace, it’s never been more important for a business, company, or individual to have a website that stands out from all of those around it. Quality web designers have never been more in demand, and if you can work out how to make a website look special, you might be able to teach other people to do the same.

Ultimately, lots of people dream of working from home, and being a web designer is one of the most lucrative ways of doing so. When you’re selling web design courses, you’re really selling dreams.

Think about how many times you’ve heard somebody you know say, “I wish I could speak another language.” You might even have said it yourself. It’s a completely redundant phrase. Why wish you could speak another language when you could actually go out in the world and do it? There are many proven benefits of being bilingual and even more benefits of being multilingual.

Ultimately wouldn’t it be great if you could understand a foreign film without reading subtitles or have a conversation with a foreign person without needing to use a translator as an intermediary? If English isn’t your native language, but you happen to speak fluent English, you’re in luck here as you’ll probably make an excellent tutor.

Anyone who’s fluent in another tongue and has the relevant skillset to teach it can do the same, though, and the advantage to someone buying language tuition over the internet is that you can do one-on-one tuition over Skype. That makes it a highly sought-after skill – and an easy one to sell.

If you think there’s nothing more to success at gambling than blind luck, you obviously don’t know much about gambling. There are luck-based gambling games, but they’re generally online slots or roulette.

Even then, there’s an element of skill involved because knowing the return-to-player rate and feature offerings of an online slots game is helpful when it comes to knowing how much to wager, and when to push your luck.

These aren’t the gambling games you can teach, though. Anyone can find an online slots website, teach themselves how to use it and Play Starburst. When we’re talking about teaching gambling, we’re really talking about poker.

If you’ve never played poker before, hearing people talk about it can sound a little like a foreign language. What’s the difference between a straight and a flush? Which is better? What makes a flush royal, and what on Earth is ‘the river?’

If you know all of these things, and you know how to strategize around them, you could teach someone else to do the same. You’d be surprised how many people there are out there who keep turning down invites to poker nights because they’re ashamed to admit that they don’t know how the game works.

Many years ago, Photoshop was the easiest thing in the world to use. It was little more than an advanced version of Microsoft Paint, and it was intuitive and user-friendly. Since then, cameras have become a lot more advanced, and so has the software that touches up the pictures that they take.

To someone loading up Photoshop for the first time, the user interface is an impenetrable maze. Everyone knows that incredible things can be accomplished in Photoshop, but very few people know how to accomplish them. If you’re a keen photographer and you have several years’ worth of experience at using the software, this is where you could step in.

Photography is becoming increasingly popular as a hobby (thanks Instagram), and people want the pictures they take to look as good as everybody else’s. They need someone to show them how to get the best out of their snaps, and that person could be you if you can hold their hand and show them around.

Yes, we’re serious. Be honest with yourself. When you first left home, could you cook as well as your parents? Did you head straight for the oven when you had your first meal in your new home, or was it a case of slamming something in the microwave or phoning the nearest takeaway?

If it was the takeaway or the microwave, you’re not alone. For whatever reason, young adults are leaving home without even the most rudimentary of cooking skills, and it’s not because they’re not interested in food.

Consider the popularity of televised cookery shows. They’ve made Gordon Ramsay a millionaire, and many more like him. People love watching food being cooked well; they just don’t know how to do it themselves, or where to start learning.

If you’re a good cook, and you have the patience to walk a complete novice through their first few burnt risottos, you can probably teach them to cook something more complicated. You’ll need a good camera to record and show your methods, but you’ll be an in-demand skills seller.

These are only five ideas out of the hundreds that exist. Sell yourself as an expert on pet care. Train people on how to use Microsoft Excel. Become a personal finance expert! Pick just one field, and become the go-to expert in that field. Once that decision has been made, the world is your oyster. 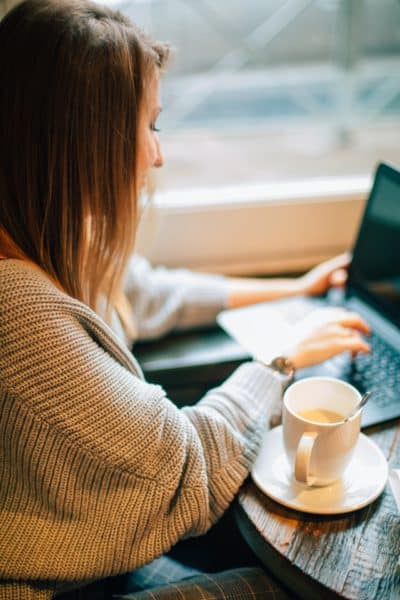