In the world of both business and technology, there’s always something new just coming up the pipeline. It’s just the way it all works. Interest and innovation are consistent companions that continuously push things forward. And right now, that push forward is undoubtedly in the form of NFTs.

They’re exploding in popularity now – having a major moment thanks to social media advertisement, a collective increased interest in alternative forms of cash/moneymaking, and the dozens of articles about the topic circulating in top news sources. Of course, the increase in rare and inventive forms like The Presidents largest NFT collection of leaders also plays a vital role in the cryptographic assets’ recent interest and demand.

Count yourself among those interested by this particularly cool and colorful collection? Or do you consider yourself part of the group still a little out of the loop? Either way, it doesn’t hurt to have a bit of a refresher course before delving deeper down the rabbit hole. So, read along to learn a bit more about the collection and NFT in general. 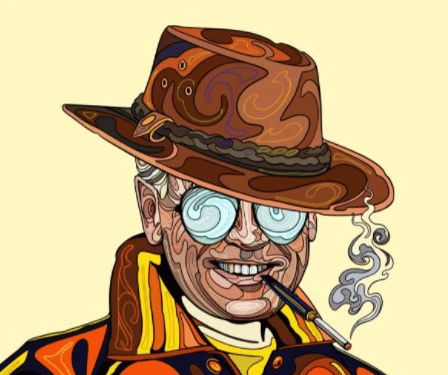 Basics Of The Token

If you’re here, the odds are pretty good that you’ve already at least got a passing familiarity with NFTs. However, it’s always a good idea to go back to basics to ensure we’re all on the same page, especially with something as misunderstood as NFTs.

To keep things simple, NFTs (the shorthand for non-fungible tokens) are digital tokens secured by blockchain and come in the form of a variety of different digital art; GIFs, drawings, sculptures, you name it. Somehow even tweets now count, so your imagination really is the limit. Despite having monetary value and being a growing subsection of cryptocurrency, said tokens aren’t actually a type of currency at all. Feeling a touch confused by that? Let us explain.

The thing about currency is that it has a mutually agreed-upon and uniform value. That value may fluctuate depending on the economy and market, but a dollar still remains a dollar at the end of the day. It’s all the same thing – interchangeable regardless of precisely what specific dollar bill is being held in your hand or hidden in your wallet. NFTs, in contrast, aren’t.

Instead of thinking of them in terms of coins or cash, a better way to visualize them is as baseball cards. While all belong under the same collectible banner, each has its own rarity, and the rarer they are, the more inherently valuable they will be. After all, scarcity always pushes up price and demand.

With The Presidents portraits, this scarcity is dependent on a number of NFT traits or portrait characteristics. Sunglasses, hats, suits, bowties, and other accessories like pipes or even baseball mitts are just a few of these, and each unique design within these characteristics has a prescribed rarity. In the end, everything gets totaled up into a net rarity rank, affecting your NFTs capabilities and general value.

With all this stuff in mind, it quickly becomes a whole lot clearer why NFTs are so popular right now. The potential for a solid payout plus their unique nature and exciting designs makes them remarkably collectible. Yet there are some that receive more attention than others, and pretty much everything within The Presidents NFT portrait collection is included under that banner.

For those not in the know, this series of non-fungible tokens is the new kid on the block. A recent release that has been garnering a lot of attention owing in no small part to its utterly unique art subject matter, the collection is comprised of 50 hand-drawn presidents’ portraits and over 20,000 avatars. The first of its kind, The Presidents NFT series includes some of the most powerful, influential, and widely-recognized leaders of our time and before – from modern presidents in the United States to those of the Cold War USSR, recent-past France, and beyond.

It’s an eclectic mix of world leaders, but it works, further helped by the fact that the actual artistry associated with each NFT is incredible. Each has its own distinguishable look even when specific characteristics are shared, making the collection a special gem amongst the already fast-growing crowded NFT marketplace.

The Name Of The Game

Something else that makes it special, though? After each piece in the collection goes through the NFT minting process, those tokens can eventually be put to use and put through their paces in a new play-to-earn game going by the name “War of Morale.”

The game is challenging and competitive but compelling, requiring a team of allies and at least three individual Presidents NFTs to play. The basic structure is reminiscent of many tabletop or video games you may be familiar with, with your non-fungible tokens duking it out in a digital battlefield to declare ultimate supremacy. The usual suspects of both “attack” and “defense” are here, but two abilities simply called “luck” and “diplomacy” make their way into the otherwise familiar play.

Said abilities are used to affect infrastructure and government (as you’d expect from a game utilizing Presidents NFTs!) and ultimately drain the health, or Morale as it’s called here, of other competitors while protecting your own. Whoever is left standing at the end wins, allowing their NFTs to level up and, at least within the first game, receive a very handsome cash prize of $250,000.

However, those who don’t quite make it to that elusive finish line are still rewarded. Here in The Presidents War of Morale, general participants aren’t left out of the fun and can still earn cash based on availability and effort and base tokens that allow for voting on The Presidents future moves down the road. It’s truly a community-first approach that pays off in the end for the creators of The Presidents NFT collection and users alike. 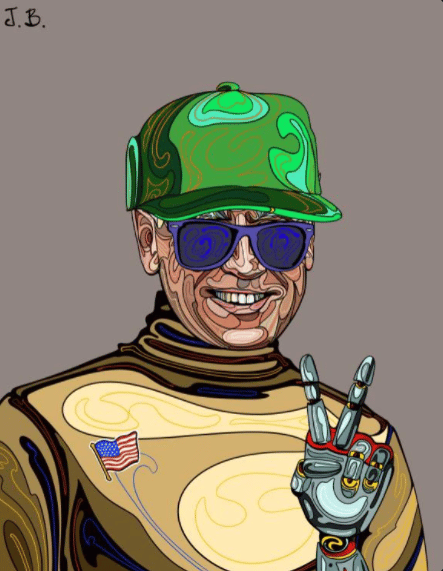