For countless generations, people have put faith in the healing powers of gems and stones. We provide a primer on the most widely used stones and the purported benefits they offer, from protecting against harm and attracting prosperity to fostering innovation and warding off doubters. Believe it’s all bunk? That’s fine and all, but is there any harm in putting a few extra shiny, lovely items in your immediate vicinity? 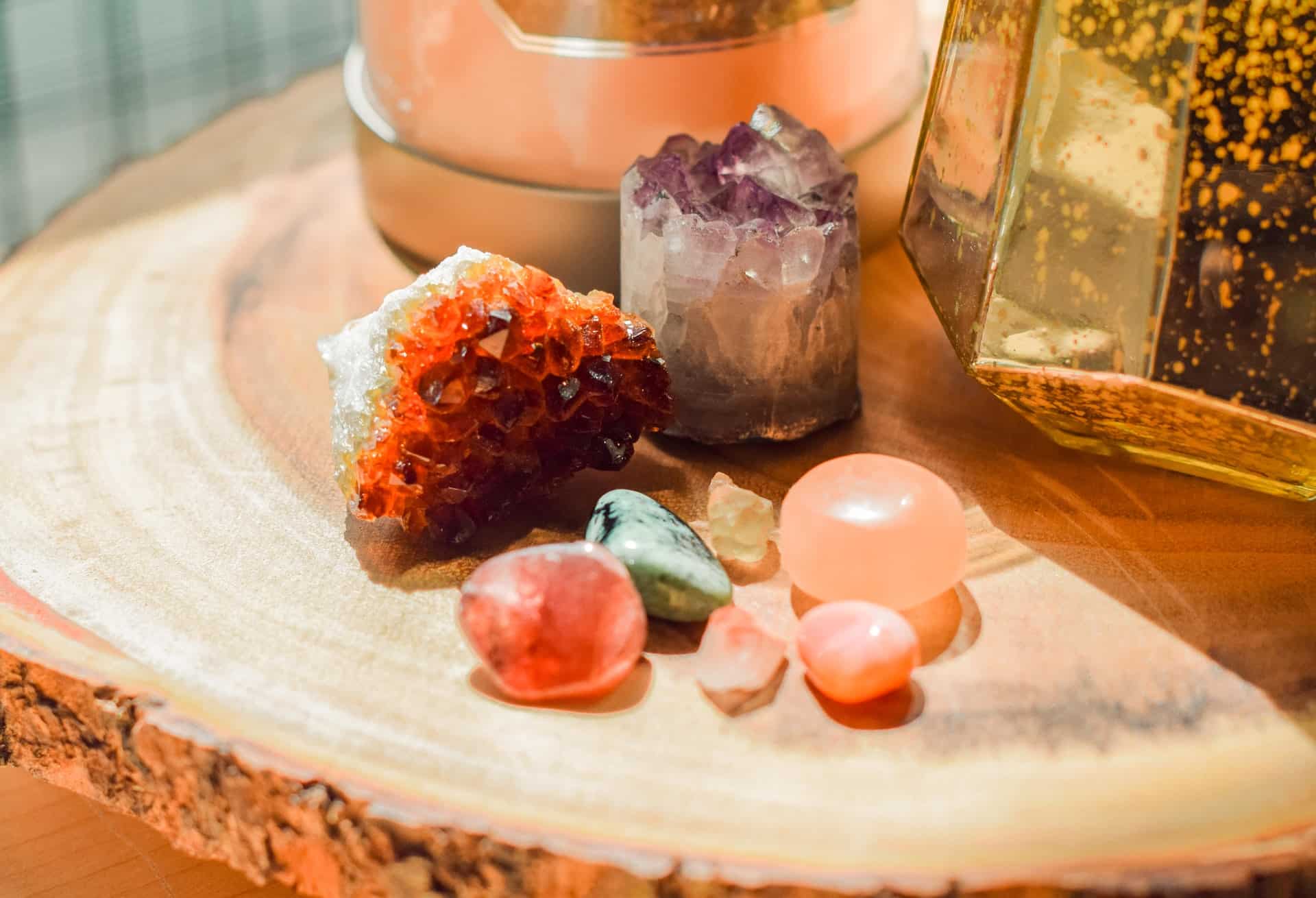 Qualities: a haven of safety, inspiration, and peace. The kaleidoscope of colors and patterns in this stone makes it an excellent choice for people whose feelings frequently swing from extremes. This gem is said to cleanse the aura, restore balance to the body and mind, and protect its wearer from harmful energy.

You should pay special attention to the color of your agate, since it may have additional significance due to the stone’s unique composition. For example, blue agate is said to counteract emotions of depression, while a bulls-eye stone acts as a shield against evil intentions and the influence of others.

White stones are an excellent pregnancy remedy, relieving nausea and labor pains, promoting a healthy milk supply, and safeguarding both mother and child.

Peace, clairvoyance, emotional shielding, and sobriety are some of the properties. Purple quartz is the yogi gemstone because it encourages stability in both earthly and heavenly perspectives. Clairvoyants and psychics use the stone to heighten their intuition and open all spiritual channels; wearing it while meditation is supposed to deepen the practice and create a heightened awareness.

Many people claim that sleeping with an amethyst beneath their pillow helped them achieve lucid dreaming and ward off sleeplessness. It’s a healing stone that can help with everything from addiction to emotional trauma.

In addition, this “sobriety stone” was believed to prevent and treat drunkenness in Ancient Greek mythology. (Could it be a new remedy for hangovers?)

Possessing curative, enlightening, and arousal qualities. Despite the fact that amber is classified as a resin rather than a stone, its therapeutic properties are highly valued. Many people think it can keep bad thoughts at bay, clearing the way for more constructive ones. (This philosophy also includes the elimination of bodily discomfort.)

Meanwhile, the Sacral Chakra, the wellspring of all sexual pleasure, is closely linked to the color’s heated, flaming undertones.

Fortitude, good fortune, and tranquility. You should definitely bring this marine blue beauty with you to your next presentation, even if public speaking is not your thing. The combination of aquamarine and gin is ideal for people on the more sensitive end of the spectrum, as it promotes sentiments of self-love, tranquility, and guidance while calming nerves.

It’s true that taking a precious stone on the road with you is a bit of a risk, but it’s worth it because this gem is said to bring its owner both good fortune and security, especially while traveling.

Features of CITRINE include monetary prosperity, creative awe, and euphoria. The yellow stones represent development and wealth, making them a good addition to your desk at work. Achieving financial and professional success is wonderful, but that enthusiasm may be channeled into other areas as well. It’s possible that this gem could help you get out of a creative rut or mend strained interpersonal interactions.

They are easily available in any necklace shop so get your citrine gemstone for your financial prosperity.

Relationships, affection, and clarity of thought are the property. Since it is the hardest jewel, it makes sense that diamonds are believed to bring people closer together (and not just because of their beauty).

All that variegated light is a good omen for one’s mental and emotional development, so strength isn’t the only physical ingredient with a double metaphysical benefit. So, if you’re having trouble making up your mind, a diamond could be the answer.

Features: a heart, an inner compass, and a surplus of money. That distinctive shade of green stands for renewal, progress, and, okay, some hard currency. While it’s true that money can’t buy happiness, emeralds, which are most closely related to the Heart Chakra, just might.

A lot of people also think it helps with recall and gut instincts. They are also very fashionable and they can be paired easily with anything you want, also your gold chains.

Benefits to health, manifestation, and safety. Though the name “garnet” may conjure images of a crimson gemstone, the truth is that garnets are found in practically every color and that each hue has its own unique metaphysical qualities.

However, the widespread crimson color may serve as a gentle reminder of its supposed abilities: All of life’s fervor, energy, and creativity may be traced back to the primordial fire, which red garnets are often said to represent. (And you may take that line of reasoning as literally as you like, as they are also potent aphrodisiacs.)

All the other colors of the rainbow’s garnets have the same purifying properties, removing and shielding you from any negative energy. The gem is also known as “the stone of health” because of the widespread idea that it promotes physical health and vitality.

Nevertheless, for optimal results, a nutritious diet and regular exercise are essential.

Though jadeite and nephrite, the two most prevalent types of jade, are very inexpensive, rarer, and more coveted varieties, such as Burma jade, can cost thousands of dollars.

Attributes: Stability, prosperity, and well-being. Just like many of the other stones on this list, jade is sometimes misinterpreted because of its most common association with the color green when, in fact, it can be found in a wide range of colors, including lavender, red, black, yellow, and white.

On the other hand, one of the reasons why this shade is so well-known is that it is considered a lucky charm: For generations, the green stone’s supposed healing and mystical properties have been widely believed. But it doesn’t mean rubbing some jade won’t bring you luck and help your dreams come true.

In addition, green crystals are thought to cleanse and balance the Heart Chakra, granting the understanding that one’s emotions are valid and necessary, but can also obscure one’s judgment.

Though resist the urge to be biased: Jade, in all its colors, is a stone of the higher good, warding off evil and ensuring success in good causes. 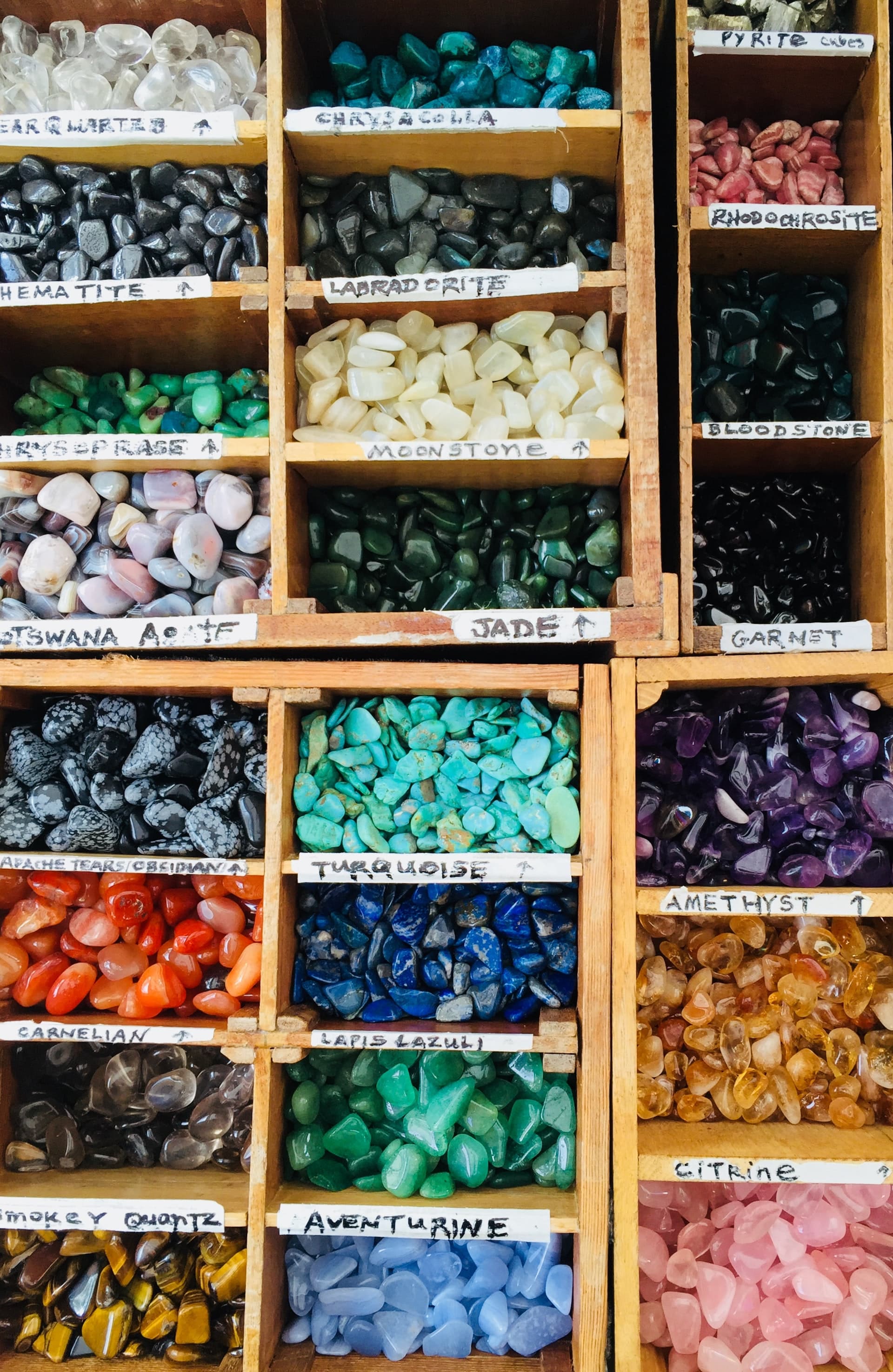