For an avid fisherman, there’s nothing quite as blissful as waking up early to greet the sunrise as you cast your line and hope to reel in a big catch. Before you know it, as you calmly appreciate the surrounding nature and all its offerings, you might feel a healthy-sized rainbow trout tugging at your lure. Doesn’t this sound like the perfect morning routine? The state of Oregon is one of America’s best fishing destinations with its iconic salmon and steelhead runs, premium smallmouth bass fisheries, and marine opportunities for both landlubbers and boat anglers alike.

Not only is the game fish plentiful here, but Oregon also boasts some of the most serene landscapes, from snow-capped mountains to oceanic scenery and tree-lined hills. “Fishing provides me with a sense of freedom that other sports can’t,” explains Jimmy Dearborn, a local Oregon resident, and fishing enthusiast. During his regular fishing trips, Dearborn explains that he feels free of all worries and becomes one with nature.

As an experienced sales manager, Dearborn spends much of his professional time developing complex strategies, implementing company processes and procedures, and upholding leadership roles. However, his fast-paced career is in perfect balance with the peaceful relaxation he experiences when fishing. He also knows better than anyone the difference between a successful day at the lake and a blank session.

According to Dearborn, the key to a filled boat begins with scoping out the best sites. Luckily, he has made things easy for us by breaking down five of the best fishing spots in Oregon. So, if angling is one of your favorite pastimes and you want to make the most out of your hobby, then consider visiting each of the areas listed below. 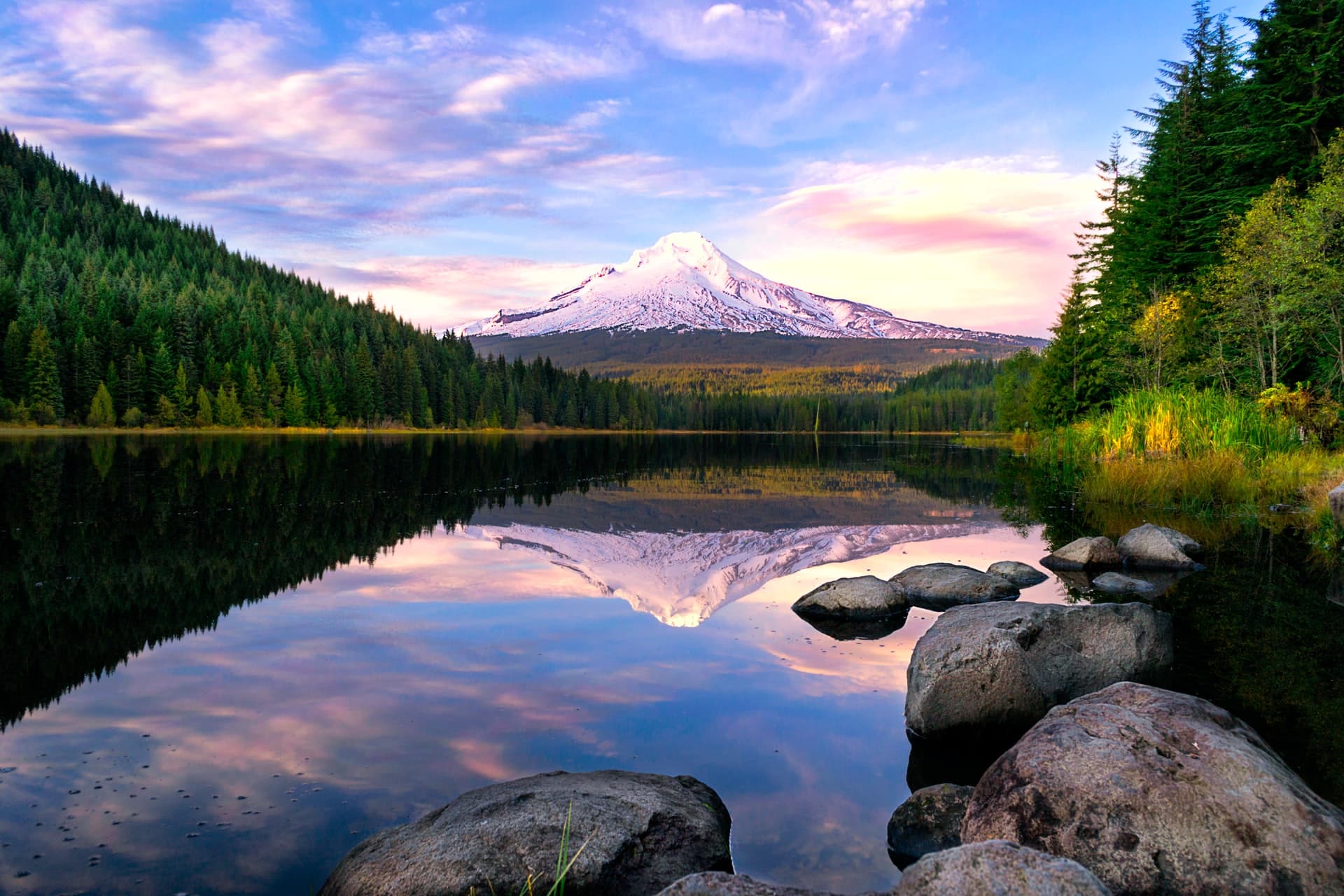 If you are interested in the art of fly-fishing, then you may want to cast your rod anywhere along the gorgeous Deschutes River. Best known for its rugged beauty, the area attracts fishers from far and wide who are interested in scooping up feisty steelhead and different types of trout. The river consists of three sections: The Upper, Middle, and Lower Deschutes, each boasting distinct characteristics, seasons, rock formations, and varieties of fish.

For instance, the upper region—near the stunning city of Bend—is easily accessible and offers an abundance of brown trout. Brown trout is Oregon’s top game fish, according to the Oregon Department of Fish & Wildlife (ODFW). Often referred to as one of the toughest prey to catch, Dearborn suggests targeting them using spinners or flies that imitate minnows for best practice.

With so many desirable fishing sites throughout Oregon, Middle Deschutes tends to get overlooked. However, Dearborn recommends a few of the best access points, including Sawyer Park, Cline Falls, Tumalo State Park, Crooked River Ranch, and Odin Falls. As a lover of the great outdoors, Dearborn recollects the wildlife he’s spotted throughout the region, from deer to bird sightings, jackrabbits, and the odd coyote. Finally, Lower Deschutes is an angler’s dream fishing destination.

This section of the pristine water flows through an ancient basalt canyon from Pelton Dam near the town of Madras to the Columbia River. Lower Deschutes is notorious for its lively native rainbow trout, also called “Redbands,” in addition to its epic steelhead run that arrives from the Columbia each year. Regardless of the species you want to catch, the views along Deschutes will be worth it even if you find yourself the unlucky soul returning home empty-handed.

The McKenzie River is one of the most popular fisheries in Willamette Valley and easily one of Dearborn’s favorites. A tributary of the Willamette River in western Oregon, the McKenzie River starts at the east of the Three Sisters volcanic peaks and extends roughly 90-miles to the west. To every fisherman’s delight, this crystal-clear water is home to rainbow trout, cutthroat trout, spring Chinook, summer steelhead, sturgeon, whitefish, and more.

One of the most stocked streams in the state, thanks to the Leaburg Fish Hatchery supplying the river with trout and the McKenzie Fish Hatchery, ensuring there is no shortage of spring Chinook salmon. This magical setting has even encouraged some of the most famous anglers to come and visit, as noted by The Oregon Encyclopedia. Moreover, Dearborn recommends at least one outing in an old-fashion drift boat during your trip, a time-honored tradition in the community.

Historically, these boats were intended for running whitewater, but their steadiness makes them ideal for fishing too. Every year, the region holds a wooden boat festival, where outdoorsy individuals gather to watch the boat parade, participate in fly-fishing demonstrations and mingle with local river guides.

Have you ever fantasized about catching a “trophy trout” at least 15 inches long? Well, look no further than Williamson River. At eight-feet deep, Klamath Lake is very shallow, and as the temperature rises in the summer months, rainbow trout between five and ten pounds migrate from the lake into the Williamson. Usually, the first clusters of trout begin migrating in mid-June, and anglers reap the rewards throughout the summer.

Unfortunately, the river is only open from May to late October, advises Dearborn, when fishing is most productive. Another reason to try fishing on the Williamson is the spectacular Hex Hatch that occurs between mid-June and July. During the Hex, the mayflies emerge at nighttime, allowing fishers to catch enormous trout using dry flies. Ultimately, there are very few spectacles that excite fly fishers as much as a strong hatch—and the Hex does not disappoint.

Dearborn sometimes describes his fishing trips more in terms of the insects than his catch. So, if you are interested in being a part of this rare opportunity and would like the chance to impress your friends with a double-digit catch, then the Williamson River is the place for you.

In addition to the region’s rich heritage, the Umpqua River is also famed for its crystal-clear waters. “Each fork provides a myriad of fishing opportunities,” says Dearborn. For instance, you may come across native fish like the spring Chinook, fall Chinook, Coho Salmon, sturgeon, steelhead, and trout—or non-native species like smallmouth bass or American shad. Dearborn favours fishing for spring Chinook, a challenging fish to anchor, but well worth it if you do.

Not only are these fish generous in size, but they are arguably one of the best tasting! Perhaps this is why some people wait all day to catch just one. Thus, it’s safe to say you won’t regret the time you spend angling in this prime location.

Last but not least, the John Day River is another exceptional fishing spot in Oregon. At over 280 miles long, the John Day is the longest undammed river in Oregon and the third longest free-flowing river in the continental U.S. In its mid-section, the river winds through mesmerizing basalt canyons, some more than 1000 feet in height. Just before it empties into the Columbia River, the waterway passes through low rolling hills, home to cattle ranches and wheat farms.

Due to its unique characteristics, the Oregon Scenic Waterways Act and the National Scenic Rivers Act protect parts of the river, to preserve its use for present and future generations. “Some of the best smallmouth bass fishing in the world occurs on the John Day River,” says Dearborn. He recommends visiting between June and the end of August when bass season is at its peak. “I once hooked nearly 40 fish in half a day,” exclaims Dearborn.

He is not the only one—according to Little Creek Outfitters, a Day Trip Organizer in the area—it’s not uncommon to catch 75 fish per rod per day. However, beware of colder months when fish are less likely to bite, resulting in disappointing day trips. Overall, John Day is the perfect spot for newbie fly casters or individuals that are interested in an exciting, fast-paced day of angling.

There’s a lot to love about Oregon—but one thing we locals can all agree on is that the fishing spots here are unrivaled. And, irrespective of the season, there is somewhere to fish in Oregon 365 days of the year. So, if you haven’t already, it’s time to break out your fishing rod and head to the nearest tackle shop in preparation for your next big fishing trip. 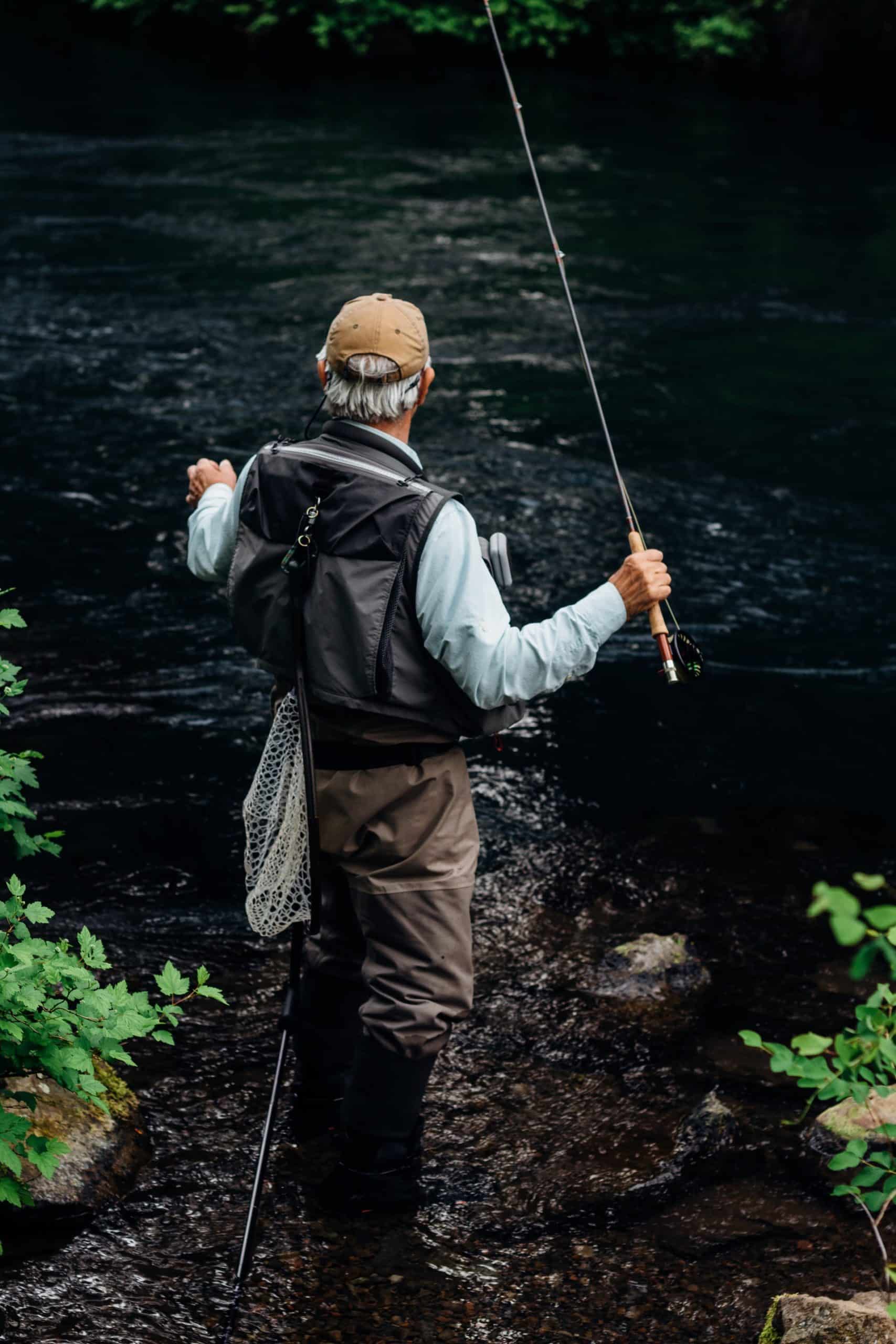