Living in a rural, small town it seems very feasible to be able to ride a bicycle to all of your destinations, whereas it seems impossible to do in a big city. The reality is that both large, urban cities and small, rural towns make it possible to ride a bicycle instead of driving a car. With that being said, riding a bicycle offers many benefits (such as saving money on gas), but it also has its disadvantages as well. Here’s a look at the pros and cons of riding a bike instead of driving a car. 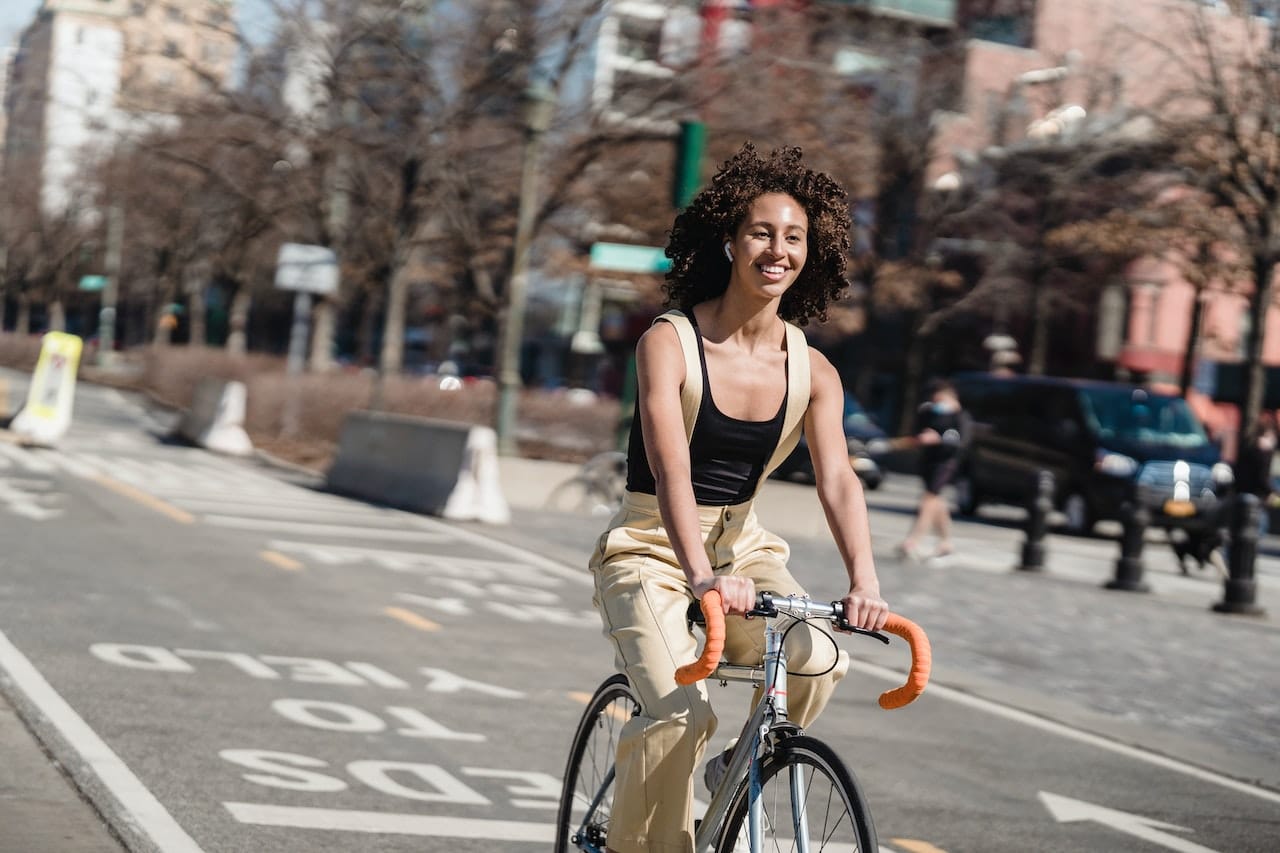 It’s recommended that adults get at least 150 minutes of moderate exercise per week, and riding a bicycle to all of your destinations will definitely help you meet this criterion. Riding a bicycle provides you with aerobic activity, which means that your lungs, heart, and blood vessels all get a workout. Cycling also works your leg muscles by pedaling and your core through balancing. You’ll find that you’ll be in much better shape when you start riding a bicycle as opposed to driving.

The majority of big cities make riding a bicycle over driving very possible— but it’s usually only if you live within the city limits. Many people who live in big cities live in its surrounding suburbs, so traveling into the city may not be possible on a bicycle. Even if you do live within the city limits, riding a bike can be taxing if you don’t regularly engage in physical activity. Some cities have hills and very uneven terrain, making it difficult to ride in some areas.

Biking also makes it harder to:

The health benefits of riding a bicycle don’t stop at the physical level; riding a bike also has positive effects on your mental health as well. Cycling requires you to focus on your body and regulate your breathing, which are techniques used to calm the body and mind.

You’re also more connected to the outdoors when on a bike, and nature has a positive effect on mental health. Finally, cycling can be a social activity where you can meet and interact with new people, which is also beneficial to mental health.

While car theft may be a big problem in some major cities, bike theft probably occurs twice as much— if not more. Stealing a bike is much easier than stealing a car, and some thieves may only steal parts of your bike, such as the wheels or handlebars. If you need to go into areas that are known for theft, it may be a good idea to choose another transportation option and only ride into safe areas. Still, it’s a good idea to try and keep your bike as secure as possible and to get it insured.

One final benefit of riding a bike over driving a car is that it is one of the most environmentally friendly ways to travel. Unless you’re driving an electric car, your car produces carbon emissions that are damaging to the environment. Even though there are hybrid vehicles and gas-powered cars don’t emit as much CO2 as they did in the past, riding a bike is a greener alternative.

If you’re trying to go green and can’t afford an electric vehicle, cycling is a great alternative— you may not get to your destination as fast as driving, but it’s still much faster than walking.

Although riding a bicycle is a cost-effective and eco-friendly option, the roads were built for and favor automobiles. Because of this, in many places drivers don’t expect to see a lot of cyclists on the road— although cities like Portland (Oregon), San Francisco, and Chicago are popular cycling cities.

Still, bicycle accidents are common in all of these cities, and cyclists are always more severely hurt in these accidents. Not only is it important for cyclists to be very careful, but it’s also necessary for drivers to be aware of cyclists on the road.

Choosing to ride a bike over driving a car has its good and bad points, but it ultimately depends on where you live and where you travel, to determine where you’re likely to see more disadvantages than advantages. Still, no matter where you live, cycling has the potential to improve mental and physical health, and it’s always going to be more environmentally friendly than driving a gas-powered car. 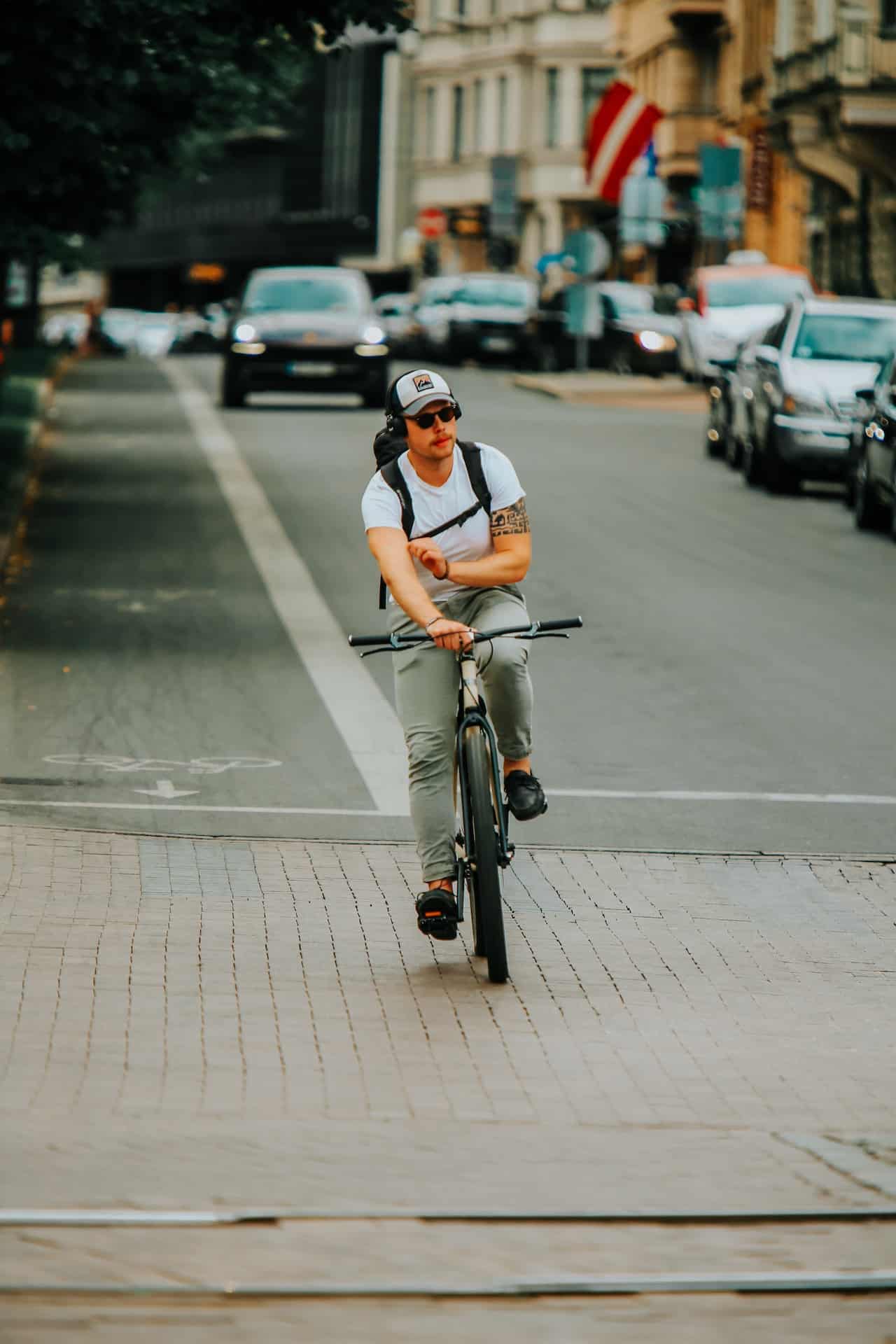