The automotive world is in a constant state of development. Every year, new technological innovations are presented to the industry, hoping to do everything from upgrade our lifestyle to saving lives and the environment. 2020 has been no different and we’ve already been treated to some spectacular new car tech. But with so many new ideas demonstrated to us, what really stands out? 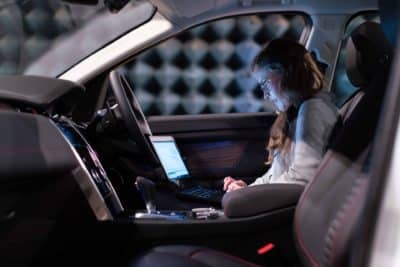 At CES 2020 — the world-famous trade show known for being the launchpad of the automotive world’s most insane and bombastic concepts — Mercedes-Benz announced plans to develop a car component that really does promise to change the world: an organic car battery.

While Mercedes-Benz’s Vision AVTR concept car may be a fantasy, the technology behind their new battery idea is not. Built from graphene-based organic-cell chemistry with water-based electrolytes, the internal battery elements used to power vehicles would be fully compostable, with no toxic or harmful chemicals.

While car batteries have seen significant changes in recent years to make them more effective and eco-friendly, this would be a big change. The only caveat here is that while this technology is viable, it’s in the early stages.

Predictions put mass-production at least 15 years away, with a higher probability of 20. It’s one of the most exciting pieces of car technology 2020 has to offer, even if it’s not going to be around until 2040.

Autonomous cars have been in the public eye for a few years now, but they aren’t really available to anyone unless you live in California and have access to substantial wealth. Tech giant Bosch is looking to change that.

In 2020, they announced the development of their new advanced lidar system — light detection and ranging. Effectively, this allows autonomous cars to scan environments to determine what’s surrounding them. When combined with other technology, it enables autonomous driving.

Again, this is nothing new. What is new is Bosch is not a car manufacturer; they are a provider of technology. They aim to sell this software in a way similar to open-source tools used to build tech like AI.

The idea is, they sell a shell product that car developers use to build autonomous vehicles. Because manufacturers don’t have to invest massive amounts in designing their own software, they can save costs, make self-drive cars more affordable, and create mass-market vehicles.

Home hub technology, including Alexa and Google Home, has been on the rise for the past few years, but as the name suggests, it is only really present within your house. This situation is changing.

Some of the most exciting car tech available in 2020 is the introduction of tools that allow you to operate your home assistant technology from your car. Yes, we’re aware the announcements all rolled out in 2019, but we didn’t really start to see integration take hold until 2020.

The systems vary depending on the assistant. Amazon’s Alexa is being built into several new car models, including Audis and Fords. Google, on the other hand, has the Roav Bolt, a compact device that allows you to sync Google Home with your vehicle.

Sadly, many animals die in the back of hot cars every year. Tragically, babies and young children also lose their lives. These deaths are rarely malicious, but instead simple forgetfulness. Busy individuals rushing about leave what was once a cool car — thanks to aircon — only to have the interior heat up rapidly as sunlight pours through the glass. In 2020, a series of new systems are being introduced by car manufacturers and car-seat providers alike.

For cars themselves, warning systems alert drivers that they have opened the back doors of the car before they set off on their journey. This brings attention to the risks of leaving children and animals unattended, making sure the driver hasn’t forgotten about a sleeping infant or a quiet pet.

In terms of car seats, new technology allows items to link up to mobile phones and send alerts. For example, they can track car temperature and send a warning notification to a mobile phone app if there is a danger to life. With life lost unnecessarily year-on-year, these vital pieces of technology could mean 2020 is the year we finally start to put an end to such tragedies.

Electric cars are growing in popularity. The number of vehicles sold was up to 2.2 million in 2019, with Tesla holding the lion’s share of sales. The biggest issue car enthusiasts have with electric cars though, is that performance models have been almost non-existent — besides high-value concepts. When these cars did appear, they were hybridizations and not true electric cars.

In 2020, we’ve seen a shift, however. The Porsche Taycan offers one of the first truly viable all-electric sports cars. The performance of this car includes a 2.8 second 0-62 MPH and 761 horsepower. The Audi e-Tron GT is also going into production, promising to help expand diversity in this emerging market. 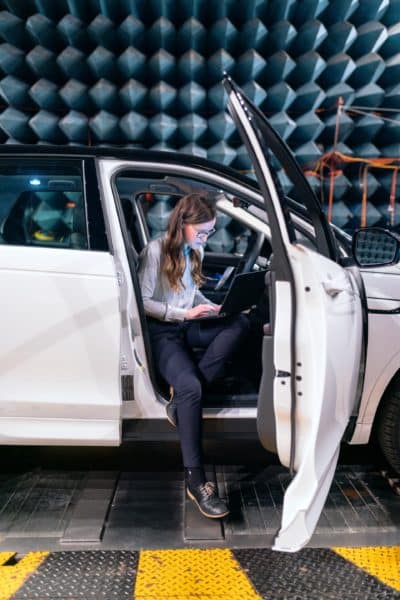