Together, digital interviewing and recording technology have improved the way law enforcement conduct interviews and changed it for the better. When you’re arrested for a crime, or invited to a voluntary interview at a police station, it’s comforting to know that the police can accurately record your statements.

Advancements in interviewing and recording technology have improved the clarity of recordings, made them more secure, so no information is lost, and served as encouragement for people who might be scared to be interviewed by the police at first. In this post, we’re going to discuss these technological advancements and explain how they’re transforming the way law enforcement conducts interviews. 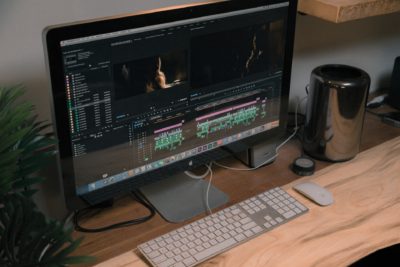 The Effect Of New Interview And Recording Technology On Law Enforcement

We’ve all seen old cop shows where the interviewer puts a tape into a tape deck and pushes down an enormous button to start the recording. As you might imagine, this technology has become a relic of the past and police forces have moved on to more advanced recording equipment. This old technology has been replaced by:

These new Digital Audio-Visual Interview technologies, or ‘Digital AV’ for short, don’t just improve the quality of interview recordings, they also help law enforcement officers carry out their job more effectively. Here are a few ways they achieve that:

1. Allow Officers To Stay Focused On The Interview

When an officer interviews a suspect, the last thing they want is to be fiddling around with cables and trying to piece together bits of equipment. Being able to manage and maintain control of the interview is paramount and makes all the difference when it comes to presenting a case at court.

New digital interview technologies tend to be much more compact than their predecessors and are a lot easier to set up. They also tend to have simple one-touch commands and are less likely to break down in the middle of an interview.

Whether the officers are conducting a voluntary interview, recording a witness statement, or interrogating a suspect, these recording technologies allow officers to fully focus their attention on the interviewee instead of the equipment.

2. Reduces The Time It Takes To Analyze Interview Footage

Law enforcement officials, across the board, tend to be overstretched and any equipment that can save them time and money is worth having. New interview recording technologies, like the DCR-IR, use software that brings together all camera shots into a single digital file.

This file also contains the audio, interview notes and has date and time stamps built-in, so law enforcement officers can find the parts of the interview they need without having to scroll through hours of footage. Some of these recording technologies come with external noise cancelers and are automatically calibrated to improve the sound quality.

The amount of time required to scroll through the interview, source pieces of audio that are usable, and make your notes and timestamps are cut out almost entirely. On top of that, these files are easy to export, convert and backup, which makes archiving files a lot quicker than they would’ve been before this technology existed.

3. Improves The Security Of Interview Files

With interview recordings being an incredibly important part of any legal case, making sure that they’re not easily accessible to hackers and other deviants is a top priority for law enforcement. The new digital recording technologies used by law enforcement have built-in security that allows users to set up which users can access specific interview files. They’re also able to seal specific parts of interviews that they don’t want an unauthorized third party to see.

On top of that, they have extremely high levels of encryption so that hackers are much less likely to get their hands-on crucial interview files and potentially blow apart a significant civil or criminal case.

Greater Manchester Police in the UK found this out the hard way, after they lost DVDs containing footage of interviews with victims of violence or sexual assault in the post. These DVDs were unencrypted and could’ve ended up in the hands of anyone.

During the COVID-19 pandemic, more and more law enforcement agencies have been using online interview technology to perform voluntary interviews and record witness statements. As we mentioned earlier, law enforcement is always stretched for time, and anything that can save them time will improve their overall effectiveness. Instead of traveling two hours to visit a witness to find out that they’re going to be out all day, they can schedule an online call with them instead.

5. Encourages People To Turn Up To Interviews

When it comes to giving a statement as a witness or agreeing to turn up to a voluntary interview, there are a lot of people who refuse purely because they’re intimidated by going to the police station. Other people don’t want to do it because it’s inconvenient. After all, they’re scared of a specific person seeing them enter the station and hundreds of other reasons.

Online video interviews negate these worries and encourage more people to be interviewed by the police. The more interviews the police have, the more evidence they’ll have for each case and the likelihood of successfully trying a criminal in court increases exponentially.

6. Makes It Easy To Follow Up With Witnesses And Victims

Because of the inconvenience of having to call someone in to the station or turn up at their house to ask further questions, police don’t conduct as many interviews as they’d like to. Being able to set up a quick video call with a witness or interviewee makes it more likely that an officer will follow up on small details they might’ve otherwise not gone out of their way to do so. And who knows; that bit of information could be more important than they thought it would be.

So, Are Digital Interviewing And Recording Technologies Transforming Law Enforcement?

In this post, we’ve discussed how digital interviewing and recording technology has helped streamline the way law enforcement works for the better. This technology also makes interview files more secure, encourages witnesses and volunteer interviewees to provide statements, and allows officers to focus on the interview instead of having to mess around with difficult, outdated recording technology. 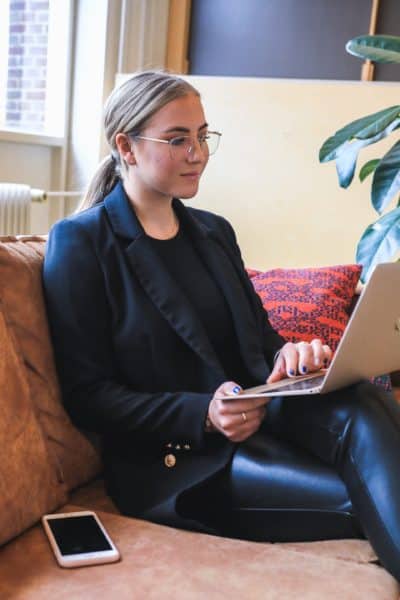