In A World Increasingly Reliant On Tech, Mudita Offers A Different Choice

Since the iPhone first burst onto the global stage in January of 2007, our phones have been our lifelines. But ironically enough, these gadgets often don’t really feel all that smart. And why is this? Because they’re simply trying to do too much.

It’s a classic “jack of all trades, master of none” type situation. They’re so desperate at being the ultimate solution, the one tool for everything under the sun, that they often drop the ball on the basic essentials – all while doing some not-so good things to our brains along the way.

But in our modern world, finding ways to avoid this is relatively hard. Yet, Mudita is a company offering an olive branch, seeking to help us cut these compulsive ties and teach people to live more offline than on, aided by three great products: the Mudita Pure phone, the Bell alarm clock, and the Harmony alarm clock. 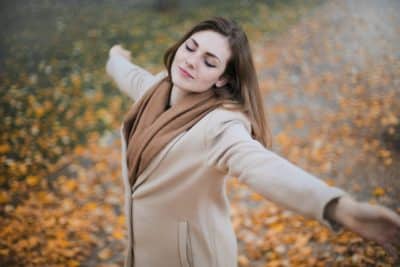 The Smartphone Made Thoughtful

The former of these products is a bit of an unassuming powerhouse – just in the ways that we don’t typically expect or traditionally value. Created by Mudita, a self-proclaimed new kind of tech company headed by CDPR’s cofounder Michał Kiciński, the Mudita Pure is one of the first dedicated, modern minimalist phones out on the market. It’s thoughtfully crafted with an eye for detail in build, style, and functionality alike.

Thanks to clean, simple aesthetics, a crisp, private open-source operating system, and a 2.84” E-ink display, Mudita’s unique phone is equal parts beautiful and straightforward. It gets the job done and done in a way that won’t leave your brain overstimulated and hungry for more.

In other words, it’s a breath of fresh air. Even then, however, its features are still squarely its greatest strengths. In stark contrast to the gadget likely in your pocket right now, the Pure offers everything you need and nothing you don’t.

Calling, texting, a meditation timer, a built-in music player, and a long-lasting battery all made the cut while a web browser, games, and apps are notably absent. This keeps you distraction-free, giving you back the ability to limit screentime and engage with technology in more meaningful and mindful ways.

Thoughtful and truly barebones, the Pure is likely the perfect companion for anyone disenchanted with our constantly-connected ways. Even IGN gave it their seal of approval, so you know this thing is the real deal.

A Solution That’s Right On Time

The Mudita Pure is a truly enchanting piece of hardware, but it’s not the only thing in Mudita’s product line-up worth paying attention to. Indeed, you’d be sorely missing out by skipping their more accessible and beginner-friendly forays into minimalistic tech solutions. Just a quick glance at their Bell alarm clock is certainly proof enough of that.

Wondering what could possibly make an alarm clock so special? Well, for starters, it creates infinitely less alarm once the sun also rises. The now-familiar simplistic white design contributes, but the real key lies in the Bell’s soft and soothing tones.

Rather than rudely awakening you with a stereotypical blaring beeping, Mudita’s alarm offering gives you a gentle nudge with light, natural sounds, and a warm-hued backlight that’s akin to the soft morning sun. These two seemingly small features add up to make a massive difference in your morning routine, encouraging you to get up and go without the usual strain and urgency.

It’s nice, and something all of us could benefit from. After all, a stressful morning is good for nobody, and this clock really does do an excellent job of preventing just that. However, this is not only caused by its ten soothing melodies. It also has a lot to do with – well – what the Bell doesn’t do.

Namely, Mudita’s alarm product doesn’t have any additional bells and whistles. It’s literally just a pretty E-ink analog clock. There’s no Bluetooth, wifi connectivity, smart capabilities, or whatever else that doesn’t expressively serve the purpose of waking you up in the AM.

Unplugging is hard (enough so to warrant a comprehensive guide), but it’s just gotten a little easier due to the Bell’s stripped-back nature. It’s a wonderful solution that’s come just in time. Use it instead of your phone alarm, and you’ll immediately find yourself liking mornings a whole lot better.

An Easier Path To Mindfulness

While we’re on the subject, we’d be remiss not to bring up one of Mudita’s other inventions aiming to assist you in simplifying your life and decreasing your reliance on advanced tech. It, too, is an alarm clock, but it has gone in a bit of a separate direction from its less expensive, more basic sibling.

The alarm in question is appropriately called the Mudita Harmony, and it genuinely does earn the moniker. There’s that same super crisp, clean, and neutral that fans of the Mudita brand have grown to love, just slightly elevated with the presence of physical buttons, a knob, and a scrolling interface. Lacking clutter and boasting intuitiveness, it undoubtedly calls to mind feelings of peace and zen directly out of the box.

Looks aside, though, the idea of “zen” and “harmony” are interlaced through the entirety of the alarm clock’s features and functions. Perhaps the most on the nose of them all are its built-in meditation timer and relaxing background sounds, but it never strays into annoying territory.

First and foremost, the Harmony is still an alarm clock, and it sticks closely to its roots. The meditation timer is merely a nice addition for those who want it rather than a primary feature, and the focus remains tightly on making both going to bed and waking a great experience.

The new product offering does so in a myriad of ways. Minimized blue light during sleep, pre-wake-up tones, bedtime reminders, ambient melodies, a powernap function, and a wide range of personal settings are the primary ones, and you will notice a change in your nighttime and mornings pretty rapidly.

Seemingly insignificant on their own, these functions pack a punch when put together. The Mudita Harmony is hands-down a better type of alarm clock, able to help you sleep better at night, establish more regular routines, and enjoy a more mindful morning once the sun comes up, all sans your cellphone. Being disconnected has never felt better. 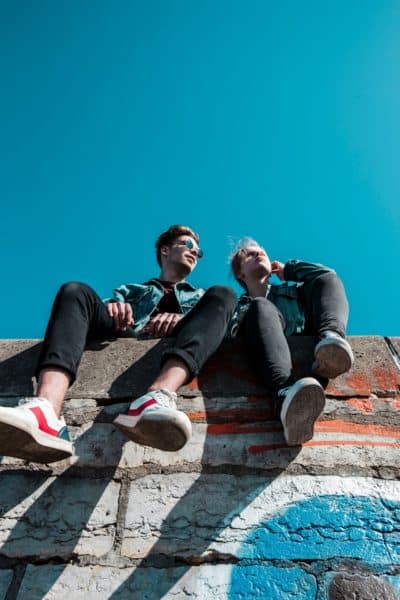