Privacy is an important part of our digital lives. Having full control over your information matters, as well as knowing how it is compromised. SMS messages are meant to be secure, but there are a few ways a third party can take a peek. 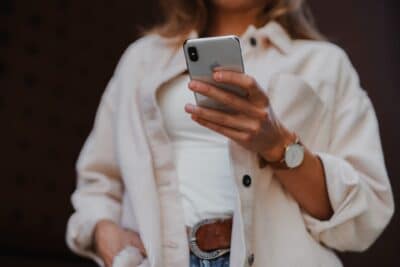 Lack of awareness is the intro for most people when learning how to hack text messages. A person looking over your shoulder is just as damaging as hacking. Imagine looking at valuable account data on your phone, but being unaware of a stranger staring directly at the information. Situational awareness when looking at text messages is the first step to keeping your information secure.

When your information gets hacked this way, it happens so fast that you don’t have time to correct the mistake. Three months later, you’ll still be unaware of your messaging being compromised. This is the worst way to give away your privacy since it can be fully avoided.

Android implemented a new overhaul for its play store that brings the security up to date with modern standards. Google Play Protect stops rogue apps from taking over the android system. This check happens before and after apps are installed to protect mobile users.

A routine sweep is done to keep everything orderly, and it has done an incredible job of stopping serious threats. When a user wants a particular app installed but it doesn’t pass the Google Play Protect check, they can temporarily or permanently disable the protection.

And just like that, an app that can read your SMS messages is installed willingly on a mobile device. APP makers often push rewards, points, emoticons, or other reward systems as ways to entice new users to disable their protections and install these rogue apps.

Spy apps are one of the most widely used ways to view and edit another user’s text messages. These are unwillingly installed on a mobile phone and hidden in plain sight. Spy apps will usually disguise themselves as normal programs and only be revealed when clicking on the icon and entering the passcode. This can be confusing for the unsuspecting victim since they will never see the actual program without knowing the passcode.

Spy Apps come in free and paid versions, with the paid versions not even needing a fake icon to be present. Thankfully, Spy apps need to be installed manually on the physical device. Because of their hidden presence, certified professionals are the preference for mobile repairs over random strangers.

Due to the changes in modern technology, sim cards are no longer the default for holding text messages. The cloud has taken over on that front, as well as several backup solutions. But a user can still manually move certain text messages from their phone to the sim card.

Normally this isn’t ideal, but it is important to note that there are billions of mobile phone consumers. A dying phone, no access to Wi-Fi, and an emergency situation can lead to a user moving a text message to their sim. This is in the hopes that the new phone will be able to retrieve the new information.

And then there is a more common conflict, one where the user has limited access to their information. A government phone or business phone may have hard restrictions on the type of data that is allowed to be uploaded wirelessly, if at all.

The point is that there are countless scenarios where a user may need to use the sim card to store text messages, even if it is the most archaic of routes. Convenience is overwhelming, and that is why sim card readers are so dangerous. Contact, phone, carrier, and text message information are all up for grabs if the sim card is lost.

Mobile web browsers are just as complex as their desktop counterparts. Once the ability to run scripts was introduced, they became vulnerable to the same exploits. This gets even more complicated since mobile browsing allows you to switch between the stripped-down portable website and the full desktop website.

Smartphones are powerful enough to run the full version, but lack superior protection to stop users from infecting their devices. Android is based on Linux, so there is some default protection in place to stop common issues.

But that doesn’t prevent users from overriding that protection by agreeing to run unsafe scripts on their mobile web browsers. Once a device is compromised, text message hacking will be the least of your worries.

Using a phone number to hack text messages is a lot more complicated than it sounds. Mirroring is one thing, but there are brand-specific hacks that have gained some traction. This specifically applies to Samsung devices that are DeX enabled.

In DeX mode, the phone is emulated on a desktop through a wireless connection. It emulates the phone on the desktop screen, giving full access to the device. So, how is this any different than copying the phone 1:1 on a desktop computer?

If a hacker remotely turns on DeX mode without your knowledge, they can quite literally use your phone in any way they see fit. This includes making calls, turning on video messaging, and looking at and sending text messages.

Since DeX is an official application, protection methods won’t flag it as a rogue app. This is one of the more extreme methods to gain access to a phone but is entirely possible if you tick off the wrong person. In order for this to work, one of the previous exploits mentioned has to already be in effect. Hacking into this mode is a big deal since it is so hard to detect as an exploit.

By understanding how SMS messages can be intercepted, you can play a stronger role in keeping them secure. This information is also useful when you need to break the same security to see someone else’s SMS messages. Stay safe, and be aware of all of your messaging vulnerabilities. 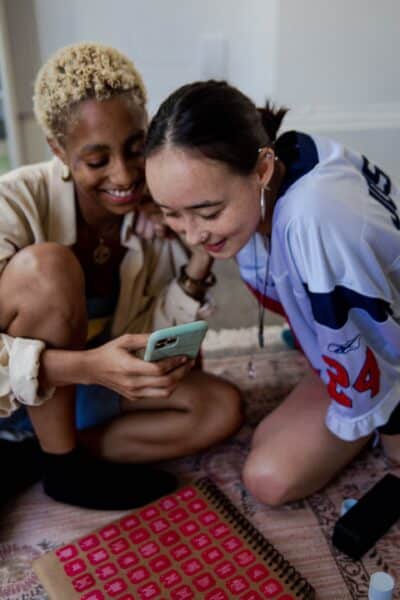