An Overview Of MySQL User-Defined Variable

Let us understand their usage with examples. 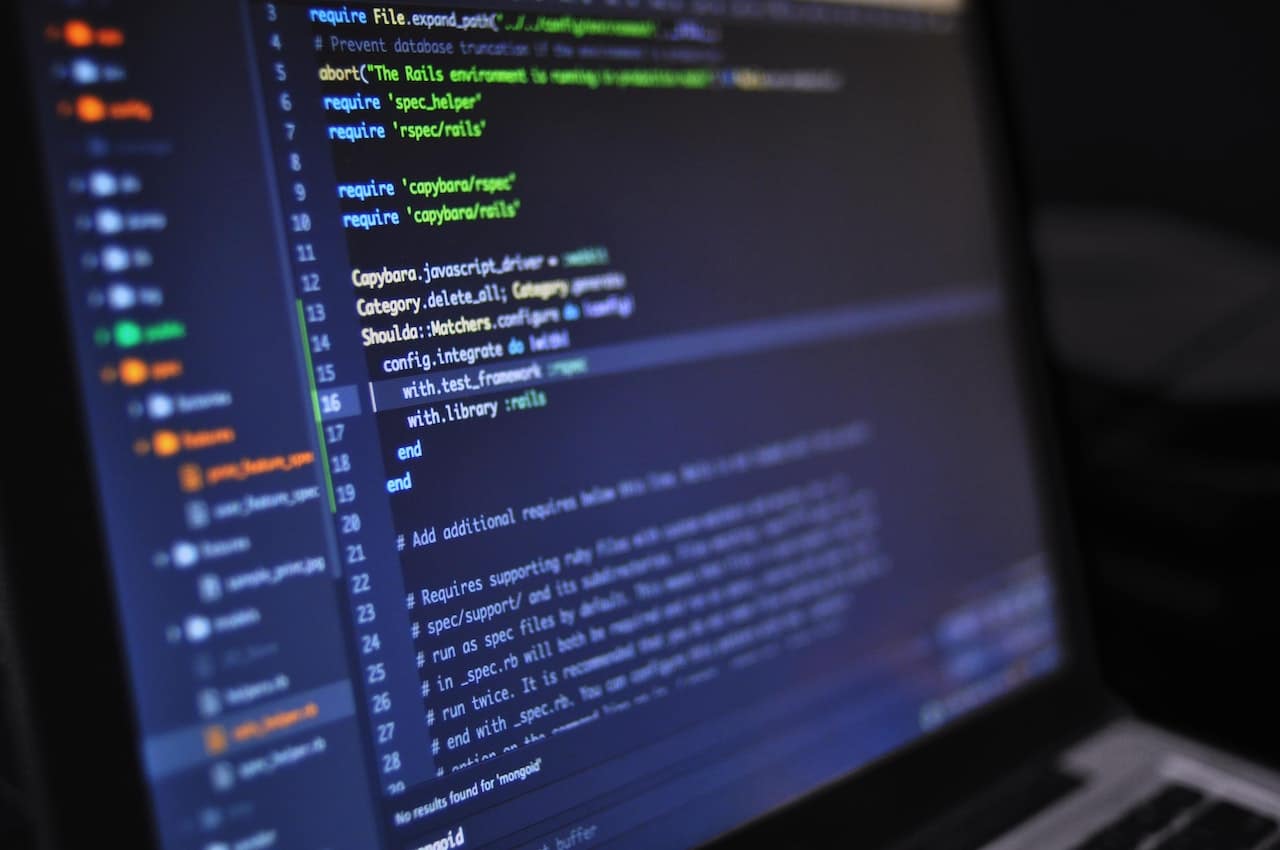 Following are the characteristics of the User-defined variables.

We can use the SET or SELECT keyword to initialize a user-defined variable and = or:= to assign the value. We can initialize multiple variables in one SET statement. The syntax is following

In the above syntax,

Let us understand the concept of user-defined variables using some examples.

First, let us learn it with a simple example. Suppose we want to create a variable and assign a value to it. The query should be written as follows:

We can use the SELECT query to view the value stored in a variable. See the following query. 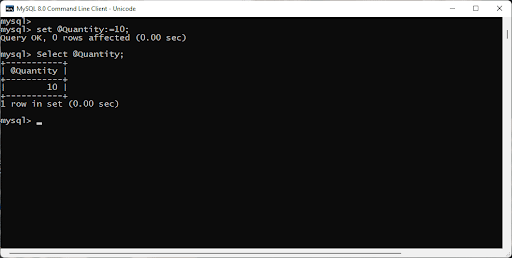 This example explains the use the user-defined variables as a field. To do that, we can use the SELECT statement. To demonstrate it, I created a database named world, which has a table named city. The city table contains the total population of the city. Let us review the data within the table.

use world; select * from city where countrycode=’IND’ and district =’Gujarat’ Limit 10; 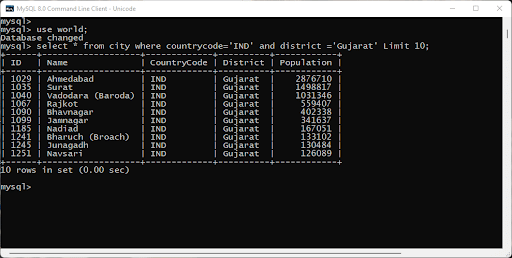 Now, we want to store the highest population of any city in a variable named @MaxPopulation. To do that, the query should be written as follows:

Suppose we want to include the row number with the output of the SELECT query. We can do that using the window function of MySQL.

We want to retrieve the records from the CITY table whose country code is IND, and the district is Gujarat. Also, we want to include the row numbers. To do that using the window function, the query should be as follows:

The windows function shows the sequential numbers starting with one. Also, it has been supported since MySQL version 8.0, so if you are using an older version, you must use a defined variable which also gives you the ability to use the alternative numbers.

Let us populate all records from the CITY table whose country code is IND, and the district is Gujarat with the row number, but the row number must start with 800 and be increased by 50. To do that, the query should be written as follows:

Note: When MySQL restarts, the values of the Dynamic system variable reset; therefore, to persist the system parameter values, we can use Persisted system variables.

Let us see few examples to learn how to manage the system variables.

First, we can use the following statement to view all system variables.

As query output is longer, therefore, I have exported the result in a text file. Following is the query output. 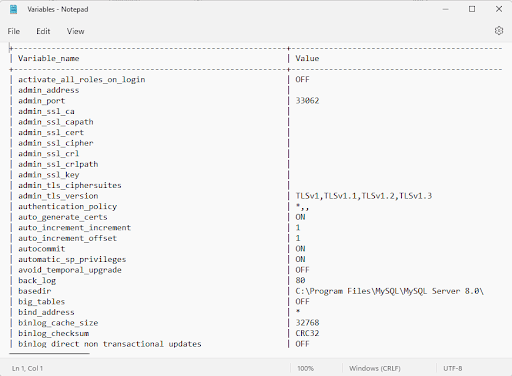 You can use the LIKE keyword to filter the name of the parameter. Suppose we want to see the list parameters whose name contains the dir word. Below is the query

In the SHOW VARIABLE statement, we can add the GLOBAL keyword to view the global variables. Below is the query: 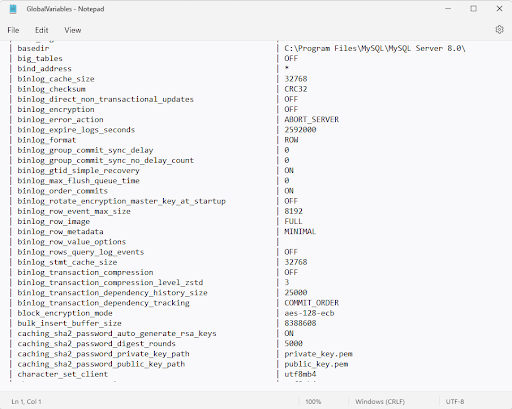 Note that the command will display only the session-specific variables if you do not specify the GLOBAL keyword in the SHOW VARIABLE statement.

Change the values of the system parameter.

Suppose we want to change the value of the max_connection parameter. To do that, run the following statement. 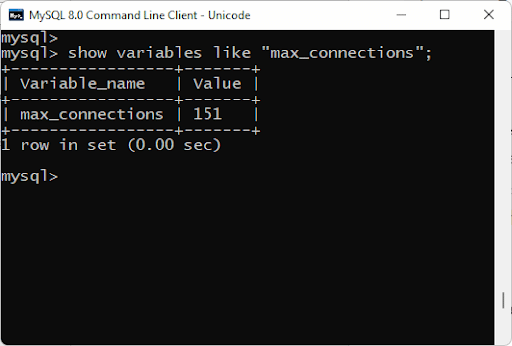 Query To Update The Value Of The Parameter

Once the command is executed successfully, re-run the SHOW VARIABLES command. 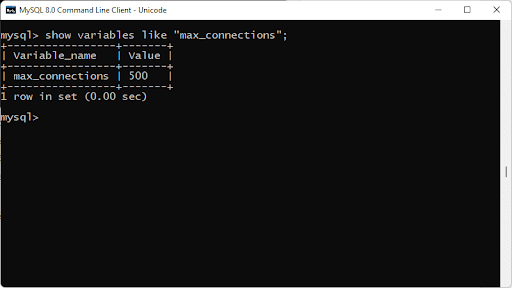 As you can see, the value of the max_connections parameter is changed.

Suppose you want to increase the InnoDB buffer pool size. Also, they make the changes permanently. To do that, run the following queries.

Query To View The Current Value 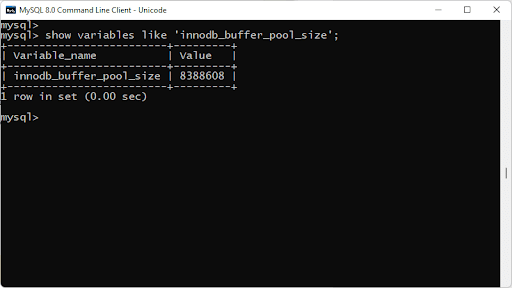 Query To Update The Value Of A Parameter

To verify, restart MySQL and check the value of the parameter.

Once MySQL is restarted, run the SHOW PARAMETER statement to confirm the changes.

As you can see, the value is not changed.

We can view and change the system variables and status parameters of the MySQL Server using the dbForge MySQL studio. To do that, Open dbForge Studio for MySQL Click on Database Open Server variables. 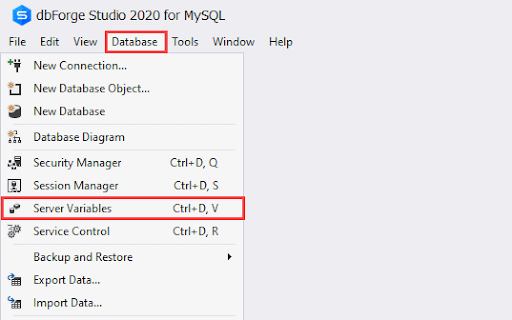 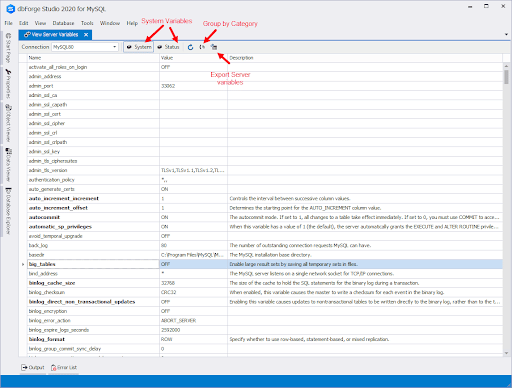 The following are the benefits of dbForge Studio for MySQL that helps DBAs properly configure the system variables.

We can also change the value of the system variable from the View Server variable screen. Note that only those parameters can be modified whose name is in bold fonts. 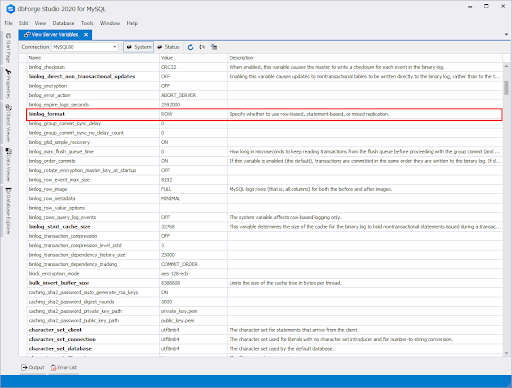 Suppose you want to enable the autocommit on the MySQL database server. To do that, click on autocommit and change the value to ON. See the following image for reference. 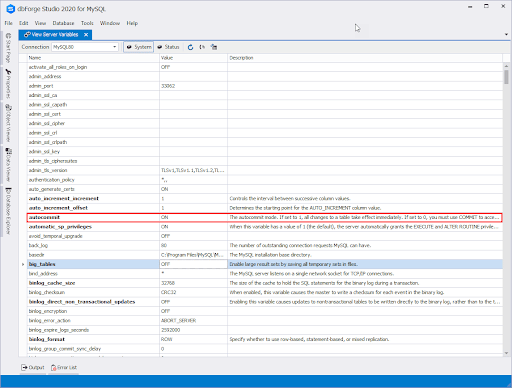 As you can see, changing the value of system variables is much easier with GUI tool for MySQL – dbForge Studio for MySQL.

In this article, we learned about MySQL user-defined variables and their usage. Moreover, we learned how to use dbForge Studio for MySQL to view and manipulate the system variables. 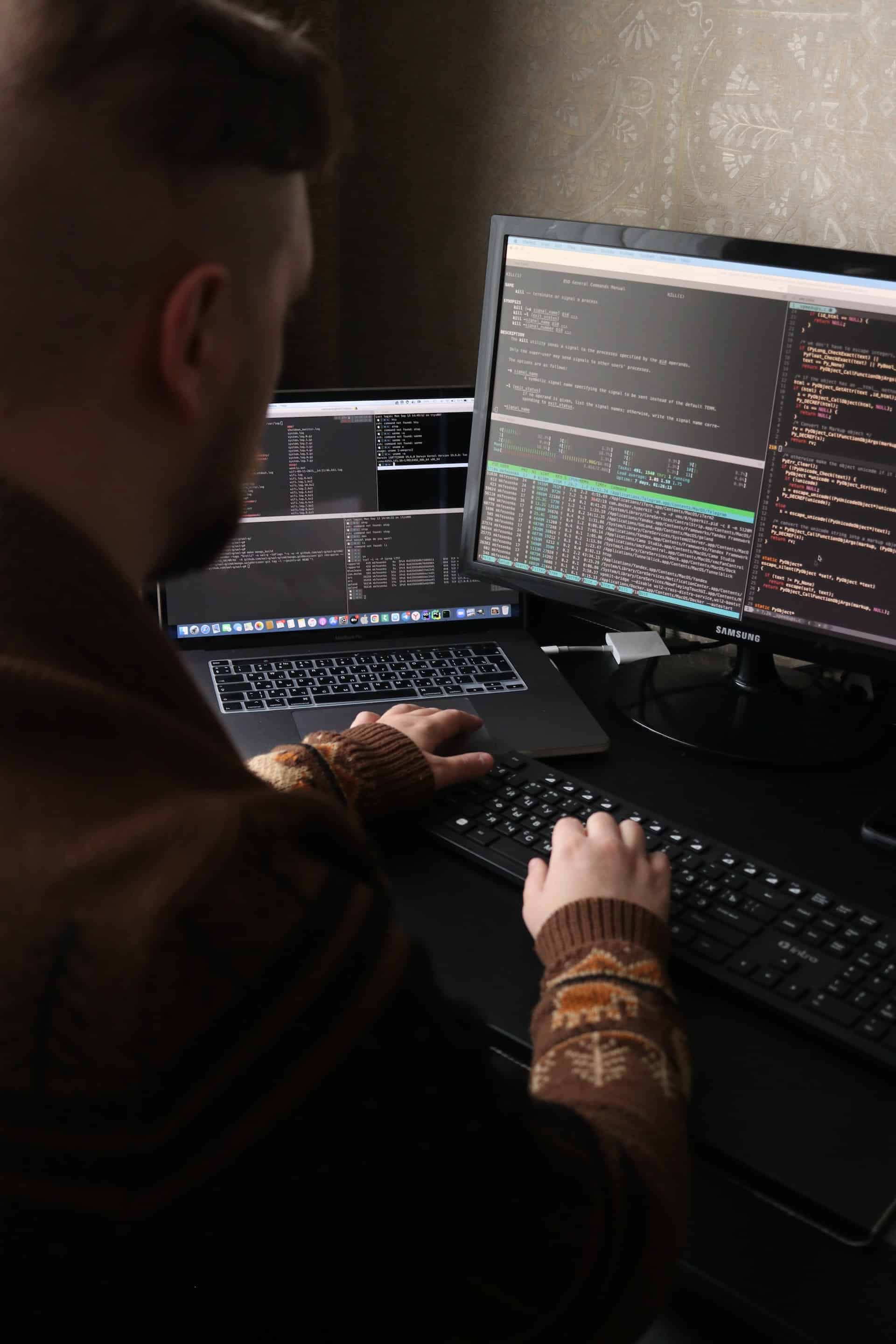