The Science Behind Water Filtration

Home water filters are the kind of cheap, plastic, everyday devices we rarely think about. Instead, we simply expect them to quietly do their job and remove bad tastes, smells, and potentially dangerous contaminants from our water supply.

Perhaps the only time you ever stop considering your water filter is that annoying moment when a new cartridge is required. But beyond the frustrating chore, have you ever thought about what’s actually inside that filter element? Here’s a look at the two main scientific principles behind home filter products: adsorption and reverse osmosis. 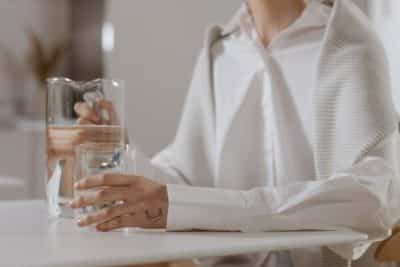 The principle that most home water filters rely on to do their job is called adsorption. Not to be confused with absorption, this process refers to the way that molecules dissolved in a solution can adhere to a solid surface, creating a film on that surface while the rest of the liquid passes by. The solid substance that almost all water filters use to create adsorption is carbon, specifically activated charcoal.

Adsorption works best when the solute and the solid are composed of the same molecules, so using a carbon-based element allows filters to maximize the number of dissolved molecules they can capture. A wide variety of contaminants have a carbon-based composition.

How Is Adsorption Used?

You can find adsorption being used in most types of water filters around the home. For example, portable pitcher filters and faucet filters that screw onto taps use carbon elements, often made from coconut shells, which are finely ground to increase the surface area and create more opportunities for adsorption to occur. Like those found under sinks or plumbed into the mains water line, other more intensive home filters will often use a large carbon block as one of three or four filter stages.

Because contaminants adhere to the surface of the absorptive material during filtering, carbon filter cartridges have a certain lifespan. However, when the film of contaminants on the carbon reaches capacity, the cartridge needs replacing. That’s why most home filters require replacement parts a few times per year.

What Does Carbon Filtering Remove?

Filtering via adoption using a carbon cartridge helps remove dissolved organic matter in water. Here, ‘organic’ basically means anything with a carbon base, which includes particles from dead leaves and vegetation, dirt and sediment, and a group of common substances called volatile organic chemicals or VOCs. These chemicals are found in things like household cleaners and industrial pesticides.

Carbon filtering usually won’t remove inorganic contaminants and is unlikely to get rid of bacteria and viruses. However, larger and more tightly packed carbon filters may be able to remove certain levels of lead and other dangerous metals.

What Is Reverse Osmosis?

Not surprisingly, reverse osmosis (often shortened to RO) is the opposite of a basic natural process called osmosis. Osmosis describes the tendency of water to travel in a direction that will equalize the concentration of dissolved matter across its surface area.

So, if a body of water is separated by a semi-permeable membrane, and water on one side of the membrane is more polluted than the other, the principle of osmosis says that water will move towards the more polluted side.

Osmosis is happening all the time, both in nature and inside living things. One cool place to see it occurring in real-time is your hands and feet when you’ve been swimming. That ‘pruning’ that takes place when you’ve been in the water for a long time is osmosis at work.

Reverse osmosis is simply the opposite of this process. So, instead of water moving from a less concentrated solution into a more concentrated one, it begins as a high concentration solution and moves across a membrane, leaving the dissolved molecules behind.

How Is Reverse Osmosis Used?

To make water move against its natural tendency, a level of pressure needs to be applied. Because of this, RO filters tend to be larger than carbon filters, and you won’t find them sitting on a kitchen countertop. However, many households still use RO filters, —especially if the home is on less regulated private well water. Most home RO filters sit underneath sinks or in boiler rooms.

Because of their high filtering power, reverse osmosis filters are also found in water treatment facilities and other industry forms. They are even used in desalination plants, which convert seawater into a usable liquid.

What Does Reverse Osmosis Filtering Remove?

What a reverse osmosis filter can and cannot remove is often down to the size of the pores in the membrane that the water passes through. Some of the best RO filters have membranes with pores that are a fraction of a micron wide, allowing almost nothing bigger than the water molecules themselves through the hole. This means that most RO filters are capable of removing metals, salts, and most forms of bacteria from drinking water.

A reverse osmosis filter won’t remove most things that are smaller than the pore size of the membrane. This means that most RO filters won’t remove some common organic chemicals (hence why many premium filters combine RO and carbon-filtering stages). 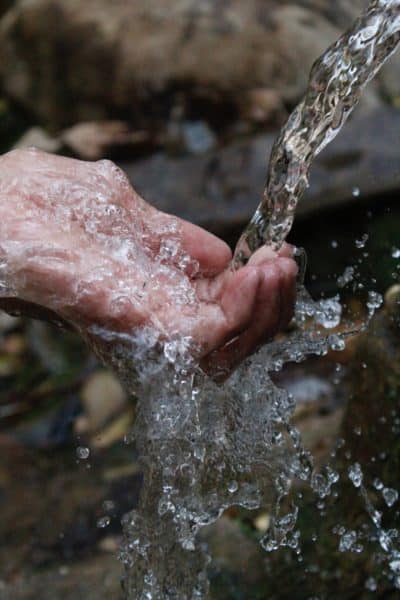