6 Facts About Coffee You Probably Haven’t Heard Before

We all love a cup of coffee in the morning, but how much do you really know about coffee? You may be in for a surprise; there are a lot of things that few people have heard about before. If you’re ready for a quick trivia dive, then read on for some amazing coffee facts that you never knew you’d find interesting! 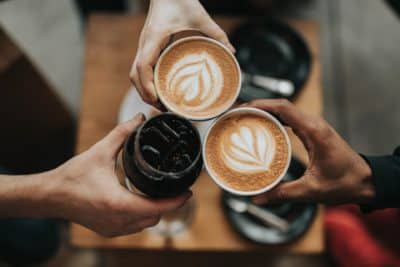 1. Coffee Is An Economic Force

Coffee is traded more than anything in the world except for crude oil. That’s right; the black stuff that holds your universe together is also a mover and shaker in the global economy. It makes sense: people around the world begin their day with a cup of coffee after all. People speculate on it as well. Coffee is moved in quantities of over 12 billion pounds per year. The world just wouldn’t be the same without it.

2. It Stays Warm Longer With Cream

Did you know that your coffee will maintain heat better with some sort of cream in it? The fats in the cream act as an insulator and keep heat from leaving your brew quite as rapidly. Most sources cite the number at around 20%, but it depends on the cream content of the coffee.

When you look into the history of coffee, most people try to get to the start. And the truth is that no one is 100% sure how coffee was discovered or how coffee came to be used in a drink. Some people won’t see this one as a true coffee fact, although the mystery still exists to this day.

One ancient story holds that an Ethiopian goat farmer in the 9th (or 11th, or 15th, depending on who you ask) saw his goats eating the coffee plant’s berries and acting stimulated. So he gave it a shot. The first historical records come from the 15th century in Yemen.

Coffee was an important stapled of the ancient Islamic world and even used by Sufi mystics for its stimulant properties. What we do know is that by the 16th century, it had spread through much of Europe and began to show up in records of the time. The earlier history is enshrined in myth and legend, however, despite its relatively recent introduction to humanity.

Many coffee aficionados in search of their caffeine fix gravitate towards darker blends of coffee. Their idea seems sound: darker coffee means more of the good stuff, right? It’s actually not the truth. While each roast has its place in the world of coffee connoisseurs, light roasts actually have the most caffeine and acidity.

Medium and darker roasts have drawn more caffeine and other chemical compounds out of the beans. Darker roasts tend to have sweeter flavors, as the compounds in the beans themselves are chemically altered due to heat. So, if caffeine is your goal, then you should be looking for a light roast… not a dark one!

5. Coffee Is A Fruit

My favorite coffee fact. The beans, which comprise our favorite drink, are actually the seeds of a fruit. The coffee bush produces small red fruits which contain a hard seed inside. The seed is what’s removed and roasted before it becomes true “coffee.”

These cherries aren’t just carriers for the seeds, either. The skins, or whole dried berries, can be used to create coffee cherry tea. It’s weaker than coffee when it comes to stimulant properties, having around 25% of the caffeine of a normal cup of coffee.

While the husks are often considered byproducts, these days, many chains offer them on occasion. The drinks are referred to as cascara. They can even be eaten on their own, although it would be a rare treat in the US since only Hawaii currently hosts thriving coffee tree populations.

Brazil is known as a large coffee exporter, but back in the early 1930s, they weren’t able to send their athletes to the Olympics. These 69 Olympians may have had to sit it out, except for coffee. How did they solve the quandary?

By shipping the athletes to Los Angeles aboard a cargo ship carrying coffee. The coffee sold along the way funded the athletes to disembark. They weren’t able to get all of their athletes ashore, unfortunately. They picked those who had the highest chance of winning a medal in their estimation. Unfortunately, Brazil didn’t win any medals that year.

What they did do was bring Maria Lenk, the first South American Olympian, to her events. While she also didn’t score a medal, but went on to break a few world records and was known to swim well into her 90s before her death.

Coffee is a worldwide phenomenon, and there’s much to its history. It’s an economic force in its own right, it’s brought athletes around the world, and there’s so much to learn that it can seem boggling. Truly, coffee beans are a great subject of study, and there’s still much to learn about this incredible bean if the above list of coffee facts intrigued you! 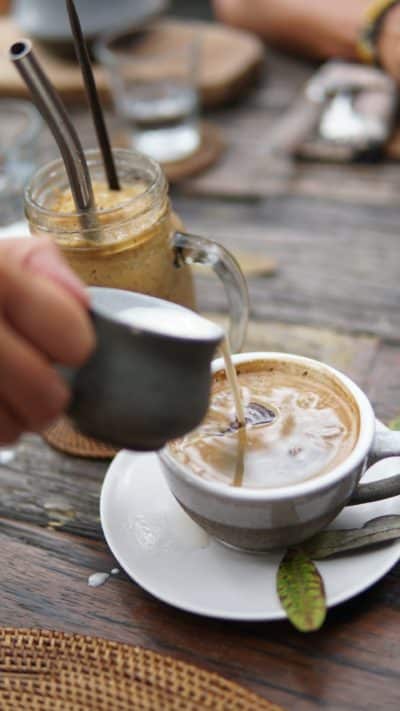