Aquarian Pearls specialize in South Sea Pearl Jewelry. Under the banner of South Sea Pearls sits various colors within the pearls according to where they have been cultivated geographically. In the waters of Australia, the production of white and silver-colored pearls are cultured over a two-year period, and from the French Polynesian Archipelago of Islands comes the Tahitian Cultured Pearl, sometimes called simply Black Pearls, and from the Philippines come to the rich deep golden cultured pearls. Burma produces beautiful champagne rose color and Indonesia, produce a cross-section of Golden and cream, and White Pearls.

In the 1880s, divers off pearling luggers began to collect Pinctada Maxima shells around Eighty Mile Beach just south of Broome, Roebuck Bay in Broome, the Torres Straights, and in the Timor Seas. The world market was hungry for MOP or Mother of Pearl products, used for cutlery, buttons, and all types of jewelry, as well as the inlay on bibles, pistols, and hairbrushes, and picture frames, amongst other things.

With the MOP collection from the deep oceans came natural pearls as a valuable byproduct of the shell business. Australia was supplying 75% of the world demand for MOP and natural pearls by 1900. The modern south sea pearl business started in the 1950s, and David’s father, Boris, purchased the first commercially available Australian pearl harvest in the town of Broome in 1959.

Natural pearls were highly prized and worth a fortune too. Pierre and Louis Cartier, the highly esteemed jewelers from Paris, France, famously swapped two natural pearl necklaces and one hundred US dollars for their flagship store in Manhattan in the corner of 52nd Street and Fifth Avenue with Mr. Morton F Plant. David Norman and his father Boris had long term dealings with Nick Paspaley Sr. and Jr. David often says, “that Nick Paspaley who runs the family company is to pearls what Bill Gates was to the computer software business mobile, an innovator, a great leader, and tireless perfectionist.”

Other notable families in the annals of the Australian pearl business are The Hamaguchi’s, The Kuribayashi’s, The Males, The Browns, The Morgan’s, The Arrows, The Kailis family who founded Broome Pearls, and The Autore’s. It was these families that perfected the art of cultivating a pearl, a method invented by Mikimoto Kohichi in Japan in 1916. Two years of culturing yields these gems, which are sold by private negotiation and by auction to the wholesalers and necklace and jewelry makers around the world.

Once harvested, the Australian South Sea Pearl crop is typically graded by size, color, shape, skin surface condition, and luster and then sorted into pearl strands, pearl bracelets, pearl earring sets, and pearls for rings and pendants, enhancers, and brooches. Australian pearls have been crafted into jewelry that has adorned several of the best-known members of the world’s Royal families, and pearls have been synonymous with style, elegance, and grace.

The color ranges of Golden South Sea Pearls are a rich dark golden through to lighter medium gold through to a lemon, champagne, cream, and white. This species of oysters is much smaller than the White and Gold South Sea oysters. Hence, the production of Black Pearls averages 8, 9, and 10 millimeters in size. The shapes of the pearls are predominantly round, off-round, drop, semi drop, button, circled, and semi-baroque and baroque.

There can be a rainbow iridescence in the colors of the Tahitian pearls from jet black or telephone (Bakelite) black to peacock, green, pink, aubergine, red, silver, platinum, pistachio, blue, cream, off white, brown, and yellow. The pearls have both undertones and overtones of color, making them so individual and extremely so hard to match.

Aquarian Pearls’ products are available directly in our Sydney Boutique, but also under the brand Matahina Pearls on the TVSN Shopping Channel available to view in Australia and New Zealand. We also appear on the Gem Shopping Channel in the USA. 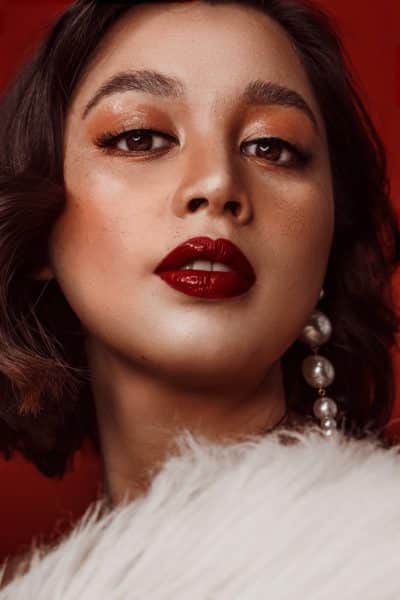