Designed to prevent leakage, industrial seals help to fuse or otherwise combine mechanisms or systems together. Seals designed for systems set in lower temperature environments take less work and fewer materials. The challenges arise when trying to design industrial seals to work effectively in high-temperature environments or when submerged in liquids. 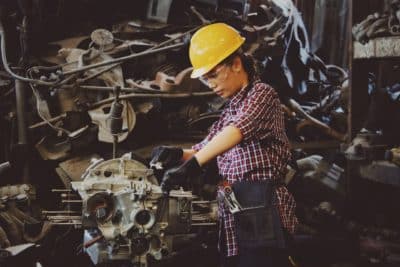 Butyl is a synthetic rubber, which is a copolymer made of isobutylene interspersed with small amounts of isoprene. Copolymers are polymeric, which are substances consisting of large molecules, featuring two or more monomer types in the same chain.

The resulting butyl is a chemically inert elastomer and is impermeable to air and gas. It is frequently used in many applications, such as adhesives and agricultural chemical storage and transfer, that require an airtight seal, including caulks, o-rings, electrical fluids, and ball bladders.

Using the abbreviation ECH, epichlorohydrin is an organochlorine compound and an epoxide, which is a type of ether. Colorless and pungent with an odor often compared to garlic or chloroform, ECH is moderately soluble in water. Because of its highly reactive nature, it is commonly used in the production of plastics, glycerol, epoxy glue, and resins.

Fluorocarbon is an organic compound comprised of chlorine, fluorine, carbon, and various synthetics made from hydrocarbons, which are used for items such as Teflon and Freon. Some of the included compounds, perfluoroalkanes, are among the most stable because of the carbon-fluorine bond and, combined with the fluoroalkane compounds, are also non-toxic and resistant to water, making it an effective component in seal materials.

An elastomer seal material, fluorosilicone combines the stability of silicone against extreme temperatures in fuel and oil environments with the liquid resistance of fluorocarbon. O-rings made from fluorosilicone can be exposed to sunlight without degrading because of contact with air, ozone, aromatic or chlorinated hydrocarbons.

Nitrile is a synthetic rubber, known as Buna-N or NBR, and is a copolymer of acrylonitrile and butadiene. This type of synthetic rubber is well suited to high-temperature environments since it is generally resistant to fuel, oil, and other chemicals that place it under high pressure. Nitrile is a perfect material for many products used in the aeronautical and automotive industries, like o-rings, grommets, hoses, and self-sealing fuel tanks.

O-rings from manufacturers like Apple Rubber are prime examples of sealant devices that can endure high heat, pressure, and fluid environments because of their unique combination of high-impact seal materials that include nitrile, fluorosilicone and fluorocarbon. Finding the right seal material for an o-ring’s usage is the key to investing in a seal that will last under the immediate pressure and for long-term usage. 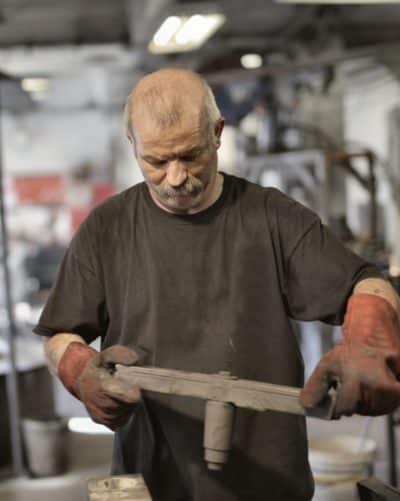