Are you looking for a tablet that can do it all? Then you need a large screen tablet! Large tablets have all the features and power of a regular tablet but with a bigger screen. 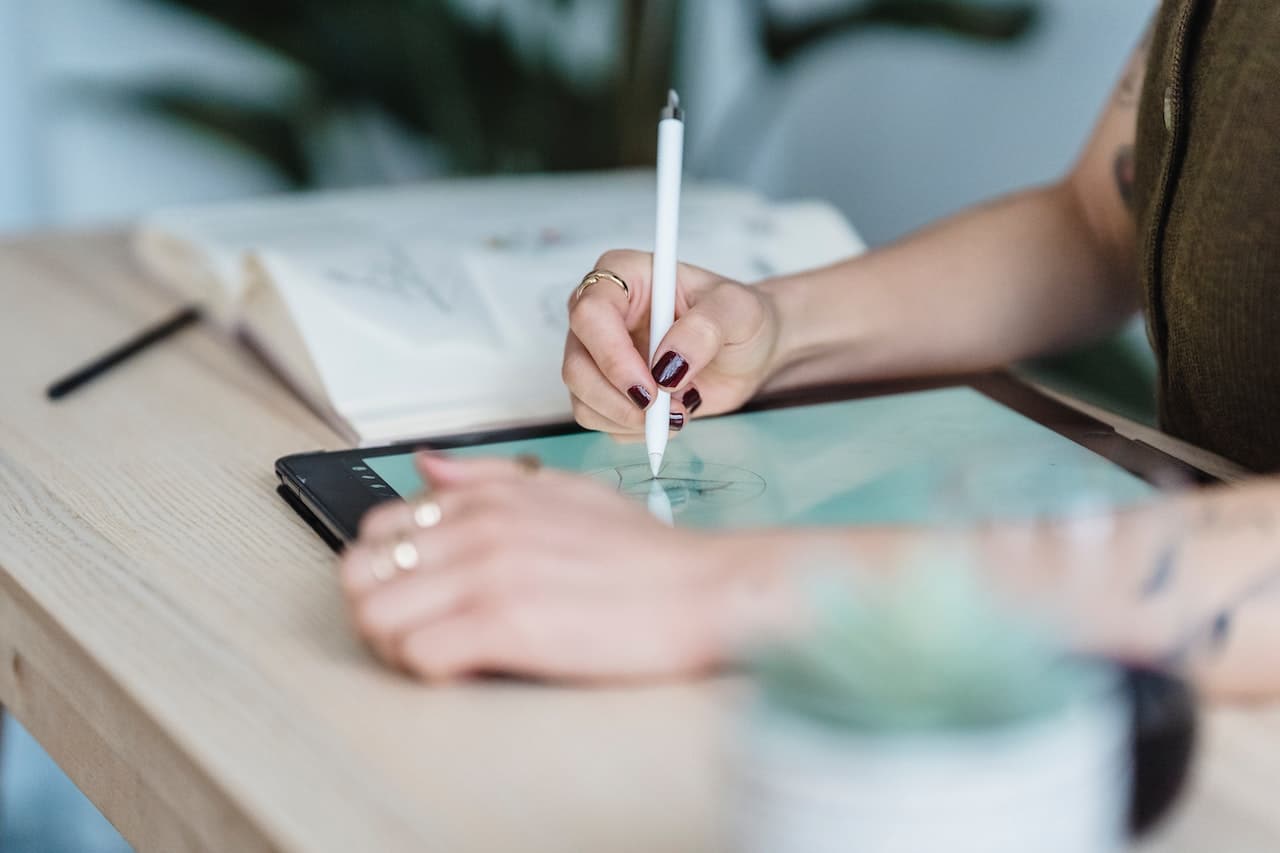 With the market for tablet computers rapidly expanding, there are now more choices than ever when it comes to finding the right device for your needs.

If you’re in the market for a bigger screen tablet, there are a few things you’ll want to keep in mind in order to make sure you choose the right one.

Screen Size: The most important factor to consider when choosing a bigger screen tablet is, of course, the size of the device’s display. There are a few different factors that will come into play when determining how big of a screen you need, such as how you plan on using your tablet and how much portability you require.

If you’re looking for a device primarily for media consumption, then you’ll definitely want to opt for a larger screen size in order to get the most immersive experience possible. On the other hand, if portability is key, then you’ll want to strike a balance between screen size and overall weight and footprint.

Resolution: In addition to physical screen size, resolution is another important factor to keep in mind when choosing a bigger screen tablet. A higher resolution display will offer sharper images and text, which can be especially important if you plan on using your tablet for reading or working with documents and other files.

Of course, higher resolution screens also come at a premium, so it’s important to strike a balance between image quality and cost.

Processing Power: Another important thing to consider when choosing any tablet computer is processing power. This is especially true if you plan on using your device for tasks that require more than just basic web browsing and media consumption.

If you need a large screen tablet for gaming or video editing. As these days, most of the gaming and utility work can be done on tablets. for example, then you’ll definitely want to make sure that it has enough horsepower under the hood to handle those types of tasks without breaking a sweat.

Which Operating System Should I Pick?

All three have their own app ecosystems and strengths, so the best operating system for you will come down to what you want to use your tablet for.

If you’re primarily interested in consuming content like books, magazines, movies, and TV shows, then an iPad is probably the best choice for you. The iPad has the best selection of content and apps specifically designed for tablets.

If you want a more traditional computing experience with access to a wide variety of productivity apps and a large selection of general purpose apps, then a Windows tablet is probably your best bet. And if you want a tablet that can double as a smartphone, then an Android tablet is the way to go.

Should I Lose Picture Quality With A Bigger Screen?

When it comes to deciding on a tablet, one of the first things you need to consider is what screen size you need. A small tablet might be more portable, but a large tablet will give you a more immersive experience when you’re gaming or watching movies.

If you’re stuck between the two, here’s everything you need to know about large screen tablets so that you can make the best decision for your needs.

The first thing to consider is whether or not you’ll be using your tablet for work or play. If you need it for work, then you’ll want to make sure that it has a large enough screen so that you can see everything clearly and have room to multitask. On the other hand, if you just want it for entertainment, then a smaller screen might be just fine. It all comes down to personal preference and how you plan on using your tablet.

When it comes to picture quality, there is no difference between a small tablet and a large tablet. The resolution is the same regardless of screen size. So, if picture quality is important to you, then don’t worry about sacrificing it by going with a bigger screen.

The only thing that might suffer with a larger screen tablet is battery life. Since the screen takes up more energy, it will drain the battery quicker than a smaller tablet would. However, this probably won’t be an issue unless you’re planning on using your tablet for extended periods of time without having access to a charger.

Do I Need A Keyboard And Stylus?

Most large screen tablets come with a detachable keyboard, and many also come with a stylus. The keyboard is helpful if you plan to use your tablet for productivity tasks such as typing documents or emails.

The stylus is helpful if you plan to use your tablet for creative tasks such as drawing or note-taking.

Bigger screen tablets have a variety of advantages over their smaller counterparts.

One of the most obvious benefits is that they provide more screen real estate, making them ideal for productivity tasks and watching movies or TV shows. They can also be easier to use for extended periods of time, as you don’t have to strain your eyes as much to see what’s on the screen.

Another advantage of large screen tablets is that they tend to be more powerful than smaller models. This is because they have more space for internal components, such as processors and batteries. This means that they can handle more demanding tasks and run for longer periods of time without needing to be recharged.

Finally, large screen tablets often come with better features and specifications than smaller models. For example, they may have higher-resolution displays and faster processors.

When it comes to large screen tablets, there are both pros and cons that you need to be aware of. After all, these devices are not created equal and they come in different shapes and sizes.

Here are some of the potential cons of large screen tablets:

Q: Why would I want a large screen tablet?

A: Large screen tablets offer many benefits over smaller models. They are great for watching movies, playing games, reading books, and browsing the web. They also tend to have better processors and more memory than smaller models, so they can handle more demanding tasks.

Q: What are the downsides of large screen tablets?

A: The biggest downside of large screen tablets is that they can be more expensive than smaller models. They also tend to be heavier and less portable, so they’re not ideal for trips or other situations where you might need to carrying your tablet around with you.

Q: What are some of the best large screen tablets on the market?

A: Some of the best large screen tablets include the iPad Pro, the Microsoft Surface Pro 4, and the Samsung Galaxy Tab S3.

In conclusion, large screen tablets are a fantastic way to consume content and stay connected while on the go.

It offers a host of benefits over traditional laptops and desktop computers, including portability, long battery life, and a wide variety of apps and games. If you’re in the market for a new tablet, be sure to consider a large screen model. You can opt for Samsung Galaxy Tab S7+ as it is the best tablet with a large screen. 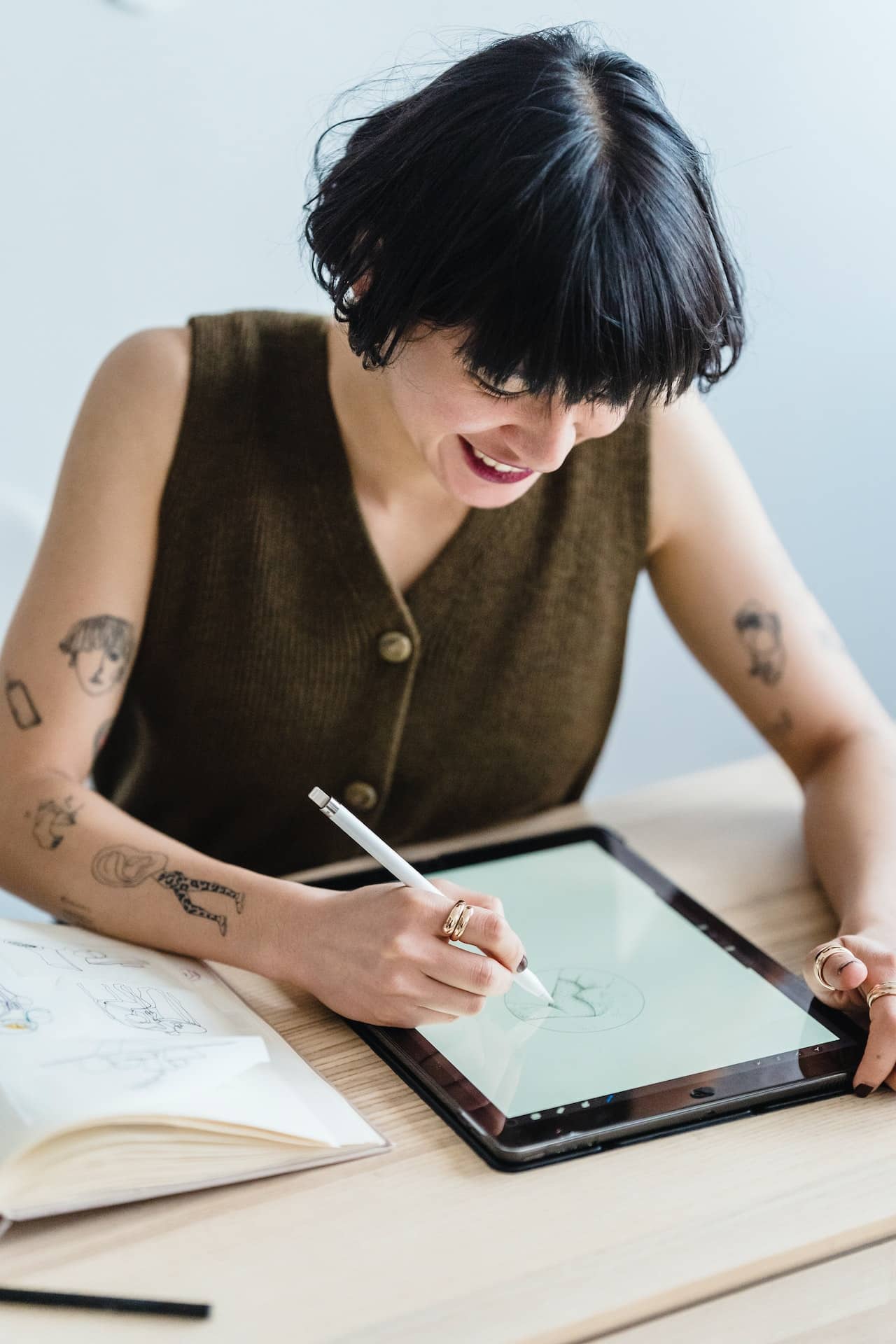