Despite how it may appear, just because of the sheer volume available in various app stores, mobile applications are far from easy to develop. There are just so many levels of work to be done － from basic coding to visual design to functionality testing and beyond. Whether you’re a seasoned veteran in the mobile app realm or are completely new to the party, that’s a lot to handle!

Because of the complexity inherent in app design, people are increasingly choosing to rely on a trusted app software development company to ensure their projects can be brought to fruition in the best way possible.

It’s a smart choice for many reasons. Yet, if you’re interested in going this route yourself, there’s still something you need to do first: decide what platforms you want your app to be available on! Struggling to decide? Left uncertain whether Android or iOS is the best pick for your particular project? Well, we’re here to help.

Things To Consider Before Development

Before you go making any big decisions or assuming what platform will be ideal for your situation, it’s important to first define your goals, expectations, and basic plan going forward. After all, there is no one metaphorical ring to rule them all.

Android and iOS both have a lot to offer, and likewise, both have their struggles and disadvantages. Neither is necessarily better or worse through any objective measure. Whether one will work better or worse for your unique situation all just depends on the market you’re hoping to tap into and how you want your app to function or perform.

As such, the first thing you need to think about is your target audience. Who exactly do you want to reach? What kind of user are you looking to attract, and who are you fine leaving behind? Apple’s iOS and Android both appeal to a specific type of person and draw contrasting crowds, so you’ll need to zero in on the one that makes the most sense for you and your app.

Target audience is a factor that immediately needs to be taken into consideration. However, that’s not the only one that should be on your radar. Download number goals, desired revenue, development budgets, planned update frequency, and lifespan support will all help determine whether it would be better to take a bite of Apple’s (not so) forbidden fruit or stick with the little green guy for all your app development needs.

Android And Its Appeal

Now that you’re a little clearer on your app requirements and ambitions, it’s time to finally zoom in on the differences between iOS and Android and determine what each has to offer. And contrary to what all the Apple purists out there might have to say, Android actually presents a rather attractive package. What makes it stand out from its rather stiff competition? For starters, it has not only a devoted community base, but also a wide and varied one.

Even though iOS fans can be found around every corner, Android is still the winner when it comes to sheer numbers. According to all the current statistics, it’s indeed the most popular operating system we have today, with over 2.5 billion users relying on it to power their beloved smartphones, tablets, and other devices. Thus, if you’re really gunning for a broad audience, Android is the clear choice over iOS.

Exposure to folks is essential should you want your app to prosper, as it gives you a better shot of significant downloads. Although, this bigger net of potential users means nothing if you don’t have an app worthy of their attention, and that is directly intertwined with the flexibility of the platform you’re working with.

Once again, Android definitely has iOS beat here. This is because Android is what you can call an “open-source operating system,” or an OS that allows third parties to view, alter, and edit its source code.

With a code that’s readily modifiable and an ecosystem lacking many of the barriers maintained by its primary competition, it enables android mobile app development services (or individual developers) to tackle problems in many different manners, innovate in completely new and creative ways, and speedily take care of any issues that may arise throughout an app’s life cycle.

Still not quite sold? Going with Android tends to be more cost-effective and marketing-friendly, too, making it a smart system decision for any company or developer concerned about the business and cash flow side of things.

The Case For Apple’s iOS

It’s then fairly easy to sing all sorts of praises to Android and its flexible, powerful OS. Yet, make no mistake: it’s not perfect. Being open-source may provide greater flexibility and ingenuity, but it also makes Android apps less secure and more difficult to properly test.

Not only this, there are just so many devices, technical specs, and screen sizes at play, contributing to poor development efficiency. Obviously, none of these things are great for you nor the people you’re selling to.

This is where iOS starts to shine. Essentially, Apple’s expertly-crafted operating system excels in all the places where Android falls flat. Due to its inherently closed architecture and ecosystem, there’s simply not the kind of variation that we see with Android.

You’re not developing for dozens of phones with dramatically differing specifications － you’re developing for a small handful that are nearly the same across the board. As a result, testing is much simpler, and you can rest assured that your mobile app will maintain the same quality across all hardware.

Apps specially designed for Apple iOS can also leverage its unique features more effectively, making for a more efficient and seamless user experience that way. And what about in the cash department? Well, iOS fares fairly well here, too. Android has a wider audience, to be sure, but Apple users often appear to have deeper pockets.

Solid, steady revenue is the outcome, aiding in boosting iOS’ developmental appeal. To any readers still left scratching their heads － we feel you. Even after reading all the pros of each platform, there’s still frequently no clear answer.

Our best suggestion? Go with iOS if a more niche audience is your thing or you’re worried about performance/stability across devices, and choose Android for apps that have a broad appeal or could use the increased platform flexibility! 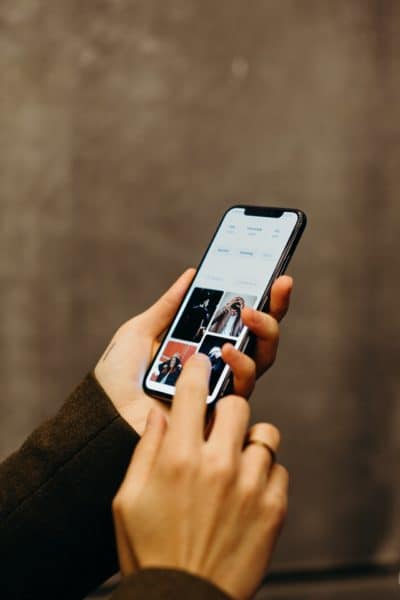