Just as many people have the wacky idea that a smartphone should only be used for making telephone calls, the same people usually believe that a smartwatch should only be used for telling the time. However, the world that we find ourselves living in is one where technological advancements are made all the time, and technology as we know it is constantly growing and evolving. When the first smartphones started appearing just over 10 years ago, many people thought that they were something too technical and that there wasn’t really much need for them.

The first iPhone, released in June 2007, was something of a revolution and allowed people to connect to the digital world via their phones. During those past 13 years, huge strides have been made in the smartphone industry, and today, there are people all over the world who simply couldn’t live without their smartphone devices. 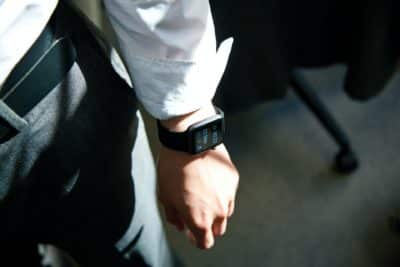 The Introduction Of Smartwatches

Over the past several years, we’ve seen more and more smartwatch products being released by all of the big names from the mobile phone industry. As with the smartphone, many people were at first a little skeptical about the real need for a smartwatch, but gradually, as more and more people start using it, their opinions have changed. They can see and understand all the benefits that a smartwatch can bring.

Many smartwatches have the ability to sync with the smartphone that a person uses, and the two devices, though totally different in concept (ie: watch and phone), can work together seamlessly. This makes it possible for the wearer of a smartphone to see who is calling them, or view notifications from either another caller or their social media accounts, simply by looking at the watch, without the need of pulling their phone out from their pocket. To say this is very convenient is an understatement.

In addition to the ability to sync with a mobile phone and show who is calling, there are several other functions of smartwatches that make them very popular. Probably the most popular are the functions that can help with fitness and a healthy lifestyle. With a smartwatch, you can keep track of the distance you have walked or run, how many calories you’ve burnt during your activities, as well as monitor your heart rate and blood pressure.

Some of the time-related features are also useful, as you may need to time yourself during a particular workout or session. There are several health apps for smartwatches that can perform functions that we could only have dreamed about just a few years ago. And with the way that technology continues to advance, who knows what apps we could be downloading to our smartwatches in the next few years.

One emerging feature is the smartwatches with SIMs that are becoming more and more popular. The ability to receive alerts and notifications via your smartwatch rather than your phone is another very popular feature, and very convenient, as you won’t need to reach for your phone or search through your jacket pockets to find it. Simply check your wrist and see what the message or alert is, even as you are working or out running or cycling.

One of the main drawbacks for a lot of people with regards to owning and using a smartwatch is that they also need to have their mobile with them at most times. For many, this requirement of having two devices with them is a little off-putting, even though a smartwatch is very light and easy to wear. The two devices would connect with Bluetooth, and the watch would be able to access the mobile network. Some people who like to go for a daily run or vigorous workout don’t really like the idea of having to run around with their mobile in their pocket.

However, there is now an emerging sector in the smartwatch industry where many producers of the watches are offering a standalone smartwatch that has its own SIM (or eSIM as they are also known). With this, it means that the smartwatch is about to make and receive telephone calls without the need of a smartphone connected to it in close proximity.

A SIM (subscriber identity module) card is a small microchip that is used on mobile phones which is used primarily to identify the user. They are available in a range of different sizes and include versions such as mini, micro, and nano-SIM cards.

One thing to be aware of is that the cellular features of many smartwatches are not actually supported in countries throughout the world, so if you are planning to purchase a standalone smartwatch with its own SIM, make sure that it is supported. Otherwise, you will be left with an expensive smartwatch that can’t perform the main function for which you purchased it.

The Future Of Smartwatches

Only time will tell how powerful smartwatches can be. It’s improbable that many people back in 2007 when the iPhone was launched, would have had any idea just how powerful and functional they are today, just 13 years later.

Nowadays, people don’t leave their homes without their mobiles. Many people are actually shunning the need for a home computer or laptop simply because they can do much of their online browsing directly from their mobile devices.

It’s highly likely that we are going to see some great improvements in the technology of smartwatches over the coming years, with SIM integration likely to be a basic component of all devices rather than a luxury that only a select few are currently able to enjoy.

The memory and storage for data on smartwatches are also likely to keep increasing over the coming years, meaning that people will be able to download more powerful apps than those currently available, as well as be able to store data on their watches without the need to sync them to their mobile.

The outlook for smartwatches looks bright. With newer technologies such as augmented reality improving and being more accessible, there’s never been a better time to pick one up and embrace the future. 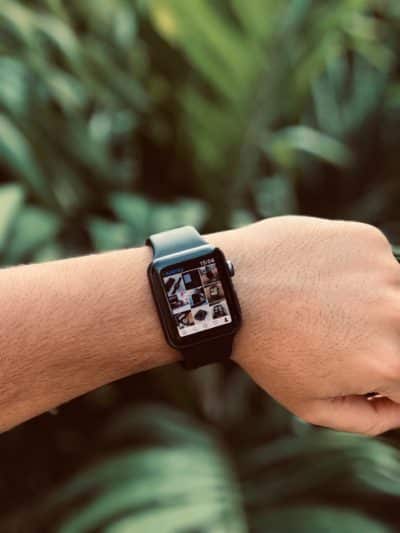