Payne’s films are odes to love – in all of its forms – and running through all of them is the overarching theme of learning to love oneself. Alexander Payne has previously said in interviews that he is “most moved by stories like “Sideways” that are about human beings and human nature, that is about flawed people and ambiguous moments that don’t necessarily come to any neat closure.” 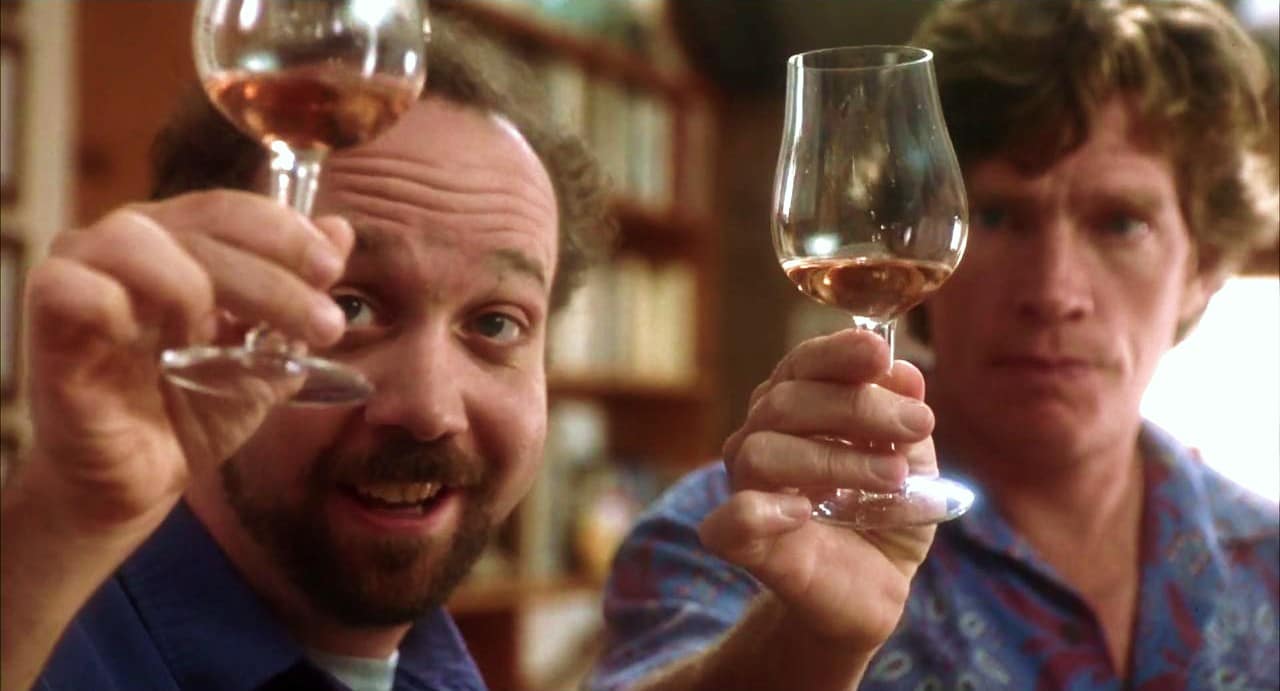 In “Sideways,” Giamatti plays depressed, divorced wine buff Miles, who has given up on finding a life partner and joins his buddy Jack on a tour of California vineyards. Although the trip is ostensibly to celebrate Jack’s forthcoming nuptials, we soon realize that he is obsessed with taking advantage of his single status while he still can. When Jack tries to hook the wine-obsessed Miles up with his latest conquest’s girlfriend, he’s dubious at first but soon finds himself falling head over heels for Maya.

The object of his affections is also a wine lover, and they bond over their mutual interest, but as their relationship gathers pace, Miles’ friendship with Jack starts to fray. The film’s conclusion builds to Miles gathering the courage to confront his demons and get his life back on track.

Another Triumph With “The Holdovers”

Alexander Payne’s new movie, “The Holdovers,” is scripted by David Hemingson and produced by Mark Johnson. It picks up another strand in the thematic tapestry that Payne weaves in his character-driven films.

Giamatti plays the role of much-maligned teacher Paul Hunham, whose inflexibility and superior attitude leaves almost everyone he interacts with cold. With nowhere to spend the 1970 Christmas vacation, Giamatti’s character agrees to spend the break at the school supervising those students who are unable to return home. As it turns out, Paul is stranded at school with 15-year-old Angus, a challenging student teetering on the brink of expulsion.

Also stuck at the boarding school is the head cook, Mary, who has recently suffered the loss of her son in Vietnam. These three characters from wildly different backgrounds and at different stages in their lives come together as the New England winter rages to form a comically eccentric makeshift family. Over the two-week vacation, through a series of bizarre and amusing mishaps, they realize that they no longer need to remain prisoners of either their pasts or the expectations on them.

Payne shares how a 1930s French film inspired him and how he subsequently worked to bring the film to fruition with his enthusiasm for the project:

I came across a writing sample for a pilot set in a prep school by David Hemingson. I called him, told him the idea, and he jumped at it. Ever since I worked with Paul (Giamatti) in “Sideways,” I’ve wanted to work with him again, and this role is tailor-made for him.

I continue to think now as I did then… I hate to use the term “the finest actor of his” generation because there are so many wonderful actors, but when I worked with him on “Sideways,” I was astounded by his range. As a director, you want actors who can make even bad dialogue work, and he can do that. He can just do anything. I think it’s a matter of time before he gets his Oscar.

Alexander Payne goes on to explain why he wanted to work with Paul Giamatti on “The Holdovers,” describing the atmosphere on set during “Sideways” and why he wanted to create the same experience with the new film. “[The actors] were all fun-loving and relaxed,” he says, “which made it a great experience. I have a lot of fun while making movies, and I want the people and the actors around me to share that experience.”

Payne’s vision of his everyman character Paul Hunham was always Paul Giamatti. “We had a fantastic time with him on ‘Sideways,’” he notes, further explaining that “if you took all six billion faces on earth and put them all together, you’d come up with Paul Giamatti.”

And Paul Giamatti seems pretty happy with that. “You are absolutely free to describe me as a turtle or something,” he says. “Seriously. When you profile someone, there has to be a narrative, and my narrative just happens to be ‘Who is he?’, ‘Oh, he’s that guy,’ and ‘He looks like a squid!’ ‘Sideways’ doesn’t change that. Honestly, I never wanted to be more than a good supporting actor. Really, I enjoy it.”

Giamatti may not see himself as a leading man, but he does acknowledge that playing Miles in “Sideways” took him on a fascinating journey as an actor:

I don’t really know how to play jokes as jokes; it’s easier for me to play all the comedy deadpan. I had a hard time doing that part. It’s interesting to use the metaphor of the soul-storage thing. If I’m going to define myself as an actor in some way, I’m more of the outside-in kind of actor than the inside-out. It’s often easier for me if I have an accent or an eye patch or something, you know? A funny walk – if I have no legs or something?

Something like that is easier for me to hook on to. I didn’t have that with that part, and I had to find my way into it. The wine stuff, actually, was what I started to use. The behaviorisms of that stuff. What do they call them? Oenophiles? That was sort of the “in” with that. So in some ways, yeah. I had to find the right soul for that guy, I guess. It wasn’t an easy part. None of them are, but that one especially.

Shooting of “The Holdovers” in New England is planned for early 2022, and it is due to screen at the Cannes Film Festival.

As a director and screenwriter, Alexander Payne has several critically acclaimed films to his name, including “Sideways,” “The Descendants,” “Election,” “About Schmidt,” “Nebraska,” and “Downsizing.” Payne is a 19-time Oscar nominee, and his films have won two Oscars: Best Adapted Screenplay for “The Descendants” (2012) and “Sideways” (2005). He was also nominated as Best Director for “Nebraska” (2013), “Sideways,” and “The Descendants.”

Alexander Payne graduated from Stanford University in 1984 and then attended the UCLA School of Theater, Film, and Television, completing his Master of Fine Arts in filmmaking (MFA) in 1990. Payne is noted for his films that acknowledge the reality of everyday life as a flawed and evolving thing.

Payne’s thesis work at UCLA, “The Passion of Martin,” based on the novel “El Túnel” by Argentinian novelist Ernesto Sabato, set him up for his subsequent success in the film industry. Payne’s first post-film school feature was “Citizen Ruth” (1996), which was the first of a quartet of films written with Jim Taylor (“Citizen Ruth,” “Election,” “About Schmidt,” and “Sideways”).

Award-winning American actor Paul Giamatti’s career has spanned more than 20 years, and one of his best-known roles is that of Miles in “Sideways.” He graduated from Choate Rosemary Hall School and then majored in English at Yale. Like Alexander Payne, Giamatti also has an MFA, although he earned his at the Yale University School of Drama. Before lighting up the big screen, Giamatti was a prolific theatre actor starting during his time in college at Yale and including regional theatres and larger Broadway productions.

Giamatti stars in “American Splendor” (2003), Alexander Payne’s “Sideways” (2004), and “Barney’s Version” (2010) – for which he won a Golden Globe. He has had supporting roles in “Cinderella Man” (2005) – for which he was nominated in the Best Supporting Actor category – “The Illusionist” (2006), and “San Andreas” (2015). The actor won an Emmy for his work in the “John Adams” miniseries on HBO and currently stars on Showtime’s acclaimed drama series “Billions.” 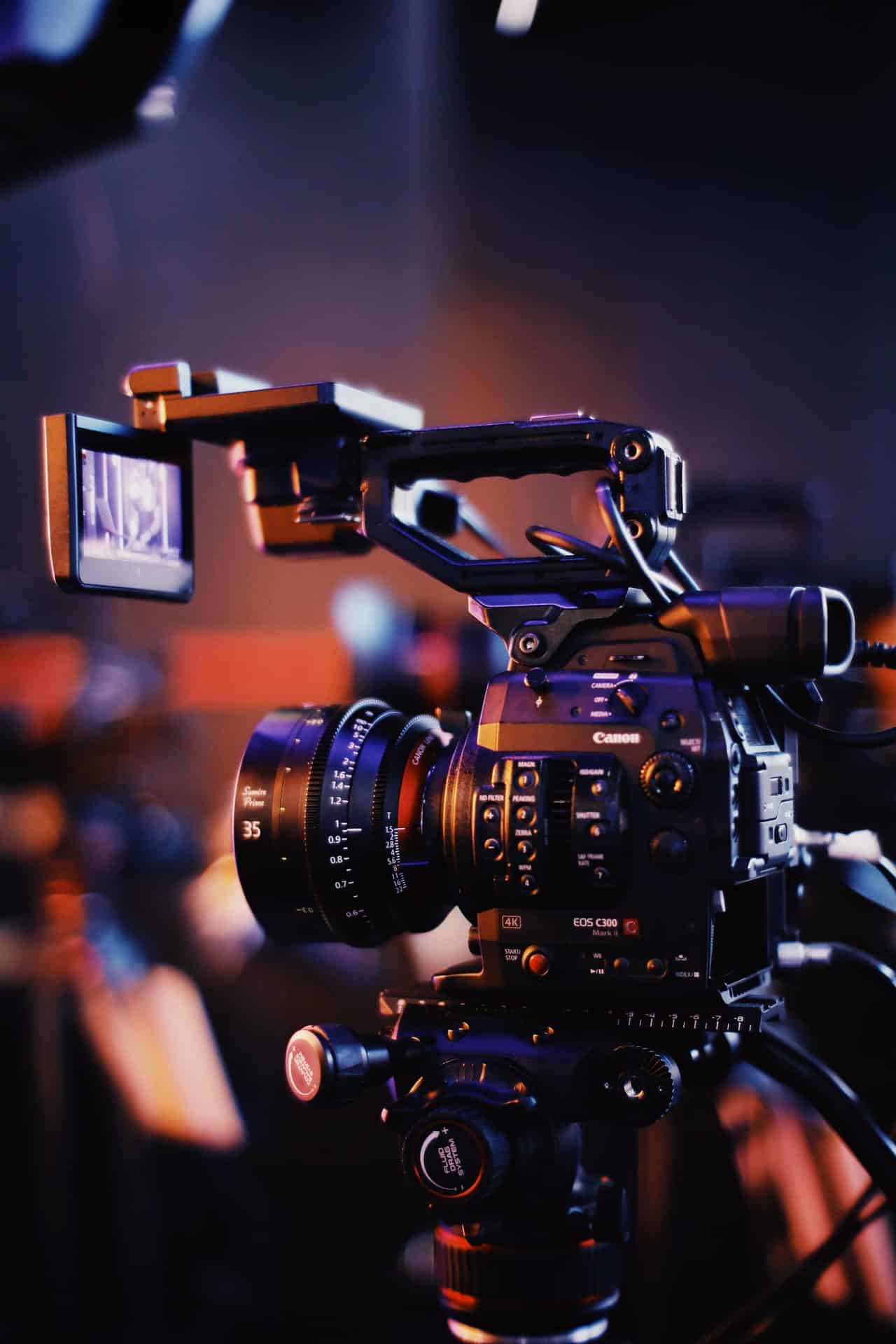