The relentless advance in technology has brought new opportunities and challenges for young people. With the latest websites and phones, apps come new needs to protect their mental health. Surveys have revealed that the use of the internet by children can increase feelings of loneliness, isolation, and anxiety. This article will provide some ways to keep them secure from overexposure to the internet. 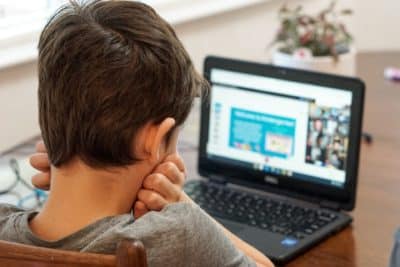 Children do not react to rules as well as they do to reasons. They don’t want to simply hear, ‘Don’t do this’ or ‘Don’t do that.’ They want to know why.  According to Dr. Brooks from  https://www.drmikebrooks.com/, social media can be good, but can also undermine young peoples’ happiness and productivity; The experience of working with kids and young adults has shown that they need to learn strategies for their internet use.

It’s essential that children are taught that not all advertisements are genuine. Phishing attacks threaten to take their money and steal their identities. Kids need to know that when they play online, another player could be using a fake identity.

Predatory pedophiles could be camouflaging themselves as children to gain their trust and ultimately abuse them. If a child is receiving Facebook friend requests from strangers, they need to be similarly warned.

As children enter their teen years, they become more body-conscious. Parents should explain that unrealistic body images are often portrayed online as the ultimate look. Children need to understand that many photos of models are touched up using applications like Photoshop. Children should be educated that poor body image can lead to such conditions as Anorexia or Bulimia.

Selfies have become a modern phenomenon, and some of these can be explicit when sent to a close friend. The unprecedented access young people have to pornography can also lead to them having obsessive thoughts and devaluing people – including themselves.

Children lacking in self-worth can be tempted to post things on social media specifically to receive lots of likes and shares. Parents are advised to regularly check that their children are not experiencing online bullying, which can also be destructive to their self-image.

Protect Their Eyes And Their Sleep

The more children use the internet, the higher the risk of them being exposed to harmful things they are not emotionally prepared for. Sadly, one survey revealed that half of the young people had read posts discussing suicide, and 61% had read about friends practicing self-abuse.

Children do not cope well when they are overtired. They need to understand that using a phone or computer, the last thing before bed sends messages to their brains, making it harder to fall asleep. On waking in the night, using a phone is equally counterproductive for them.

Be Friends On Social Media

There is much that can be done to protect our kids online, particularly before they enter their teens and expect more freedom. No matter what controls the government or the internet puts in place, there is no substitute for responsible parental supervision.

Rather than covertly stalking their children on social media, parents can become friends. This can be a non-challenging way to see their children’s’ posts. If they are using a different platform to you, it’s worth creating an account and friending them there.

If a child is unmonitored, there is little limit on what they can be up to. If parents are too controlling, however, they may drive their child undercover. This can be a fine line for adults. It’s important that children respect their parent’s motives and don’t feel their trust is violated.

Children’s parents should adjust their privacy settings on their computers, mobile phones, laptops, and tablets. Facebook has settings that can make their profiles private rather than public. Net browsers like Google have protection settings, too, including the opportunity for ad blockers. Software like Net Nanny can be installed to limit what children access online, and how long they can use it. Windows and Mac (Apple) software also has settings that enable parents to create children’s’ accounts.

Young people should be shown that whilst the internet can be fun and most youths are using it, there are many dangers they need to avoid. They need to adopt responsible strategies, with their parents doing their bit as well. There should be limits on the time they spend each day and which sites can be accessed. 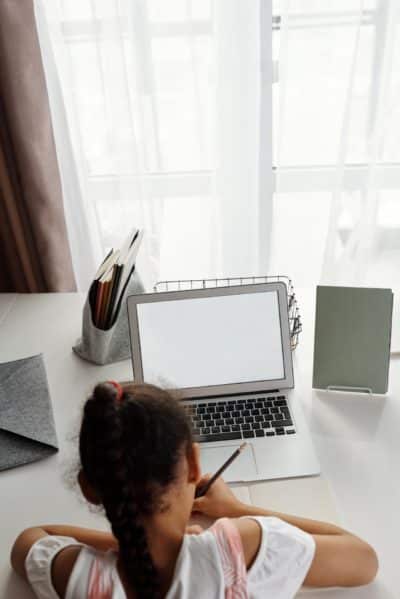