SSD Vs. HDD – A Detailed Comparison (Plus Why You Need To Choose The Former)

For people planning to get a laptop, this article explains the difference between an SSD and an HDD. You might have heard or seen these two words somewhere on the internet. It is possible you didn’t really care about the words until you found them again in the description box of the laptop you want to purchase. Now, you have to know what they are and what the differences are.

Let’s help you out. 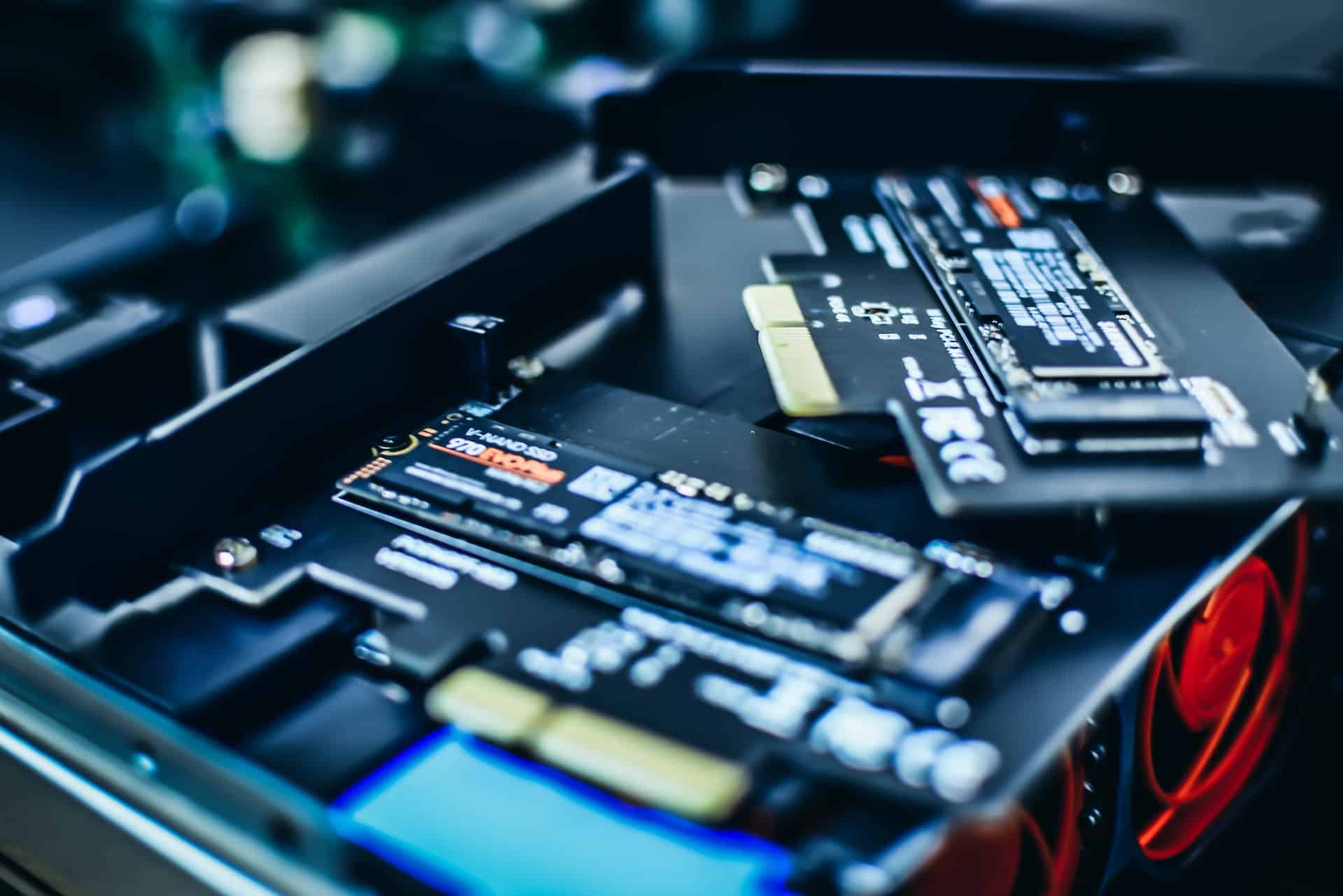 Desktop computers, mobile phones, consumer gadgets, and enterprise storage arrays in data centers are frequently equipped with HDDs. They can use magnetic disks to store operating systems, applications, and other things.

Hard disk drives, more particularly, regulate the reading and writing of the hard disk that houses the data storage. In a computer, HDDs are either the primary storage device or a backup storage device.

How Do Hard Drives (HDDs) Operate?

A hard disk drive consists of one or more magnetically sensitive platters, an actuator arm with a read/write head for each platter, and a motor to move the arms and spin the platters. I/O controllers and firmware are also present, directing the hardware and facilitating system communication.

Tracks are the concentric circles that make up each disk. Sectors are the logical units used to split tracks. To organize and identify data, a distinct address is generated for each track and sector number. Data is written to the closest place that is accessible. Before the information is written, it is processed using an algorithm that enables the firmware to find and fix mistakes.

The platters rotate at predetermined rates (4200 rpm to 7200 rpm for consumer computers). The read and write rates correspond to those speeds. A hard drive can read and write data faster the higher the pre-set speed.

The read/write head acquires the data by reading the presence or absence of a charge in each address when you ask your computer to obtain or update data. The read/write head would modify the order on the impacted track and sector if the request were to update the data.

The I/O controller informs the actuator arm of the location of the requested data.

The time required by the actuator arm to find the appropriate track and sector and for the platter to start spinning is known as latency.

Because HDDs employ mechanical components to read and write data, locating and retrieving data physically requires more time than finding and retrieving data electronically. It is one of the HDDs’ disadvantages. If the mechanical components are dropped or handled violently, they may skip or even malfunction. It is an issue with laptops, but less so with desktops. Compared to comparable SSDs, HDDs are bulkier and consume more energy.

Hard disk drives have the advantages of being a tried-and-true technology and frequently costing less for the same amount of storage than solid state drives. At the moment, HDDs can be found with larger storage capacity than SSDs.

If you are having issues with your system hardware space, do not hesitate to take it to a computer specialist to run a computer diagnostic on it. Don’t trust the computer diagnostic service centers around you? Feel free to look up new ones on Nearindex.com. The site will show you the best computer centers within a few mile radius of you.

What Is An SSD?

Flash memory is used by solid state drives to provide better reliability and performance. Your hard drive contains a lot of tiny, moving components, such as spinning platters, magnetic heads, and spindles, so it’s possible for something to go wrong, and you could lose crucial data. SSDs run cooler, last longer, and require less energy because they have no moving parts.

The Operation Of Solid-State Drives (SSDs)

SSDs share the same fundamental technology as huge USB devices. A form of flash memory is NAND, which is used in solid-state drives. Floating gate transistors store data at the most fundamental level by recording a charge (or lack of a charge). The gates are arranged in a block after being first set in a grid pattern. Each grid row, made up of blocks of varying sizes, is a page.

For SSDs, updating data is more complicated. When any part of the data in a block is updated, the entire block must be refreshed. After the old block is wiped and the new block is written with the updated data, the old block’s data is copied over to the new block.

The SSD controller examines the address of the data being sought and reads the charge status whenever you ask your computer to update or retrieve info.

A procedure known as trash collection ensures that the data in the old block is deleted and that the block is available to be written to again when the drive is idle.

Again, another procedure known as TRIM alerts the SSD that it can avoid rewriting specific data while erasing blocks. It is a crucial procedure that stops the storage device from wearing out too quickly because there is a restriction on how frequently any block may be rebuilt.

Also, an algorithm ensures that each drive block receives an equal number of reading and writing operations, thus preventing wear on the drive. Wear leveling, which takes place automatically as the drive operates, is a process.

Since the read/write process necessitates data migration, SSDs are typically overprovisioned with storage. Consequently, some of the drive is always unavailable to the user and not disclosed to the operating system. This gives the drive room to shift and remove objects without reducing the storage capacity as a whole.

Large-capacity solid state drives can be challenging to find, even though they are catching up. Due to their more recent technology, SSDs are more expensive than HDDs. HDDs have a 2.5x maximum size increase.

Perks Of An SSD

Games, programs, and movies all load more quickly on SSDs. Because of their technology, SSDs are more mobile and better equipped to survive drops. Solid state drives also consume less energy, enabling computers to operate at a cooler temperature.

The fact that SSDs are faster than HDDs is one of their main advantages. 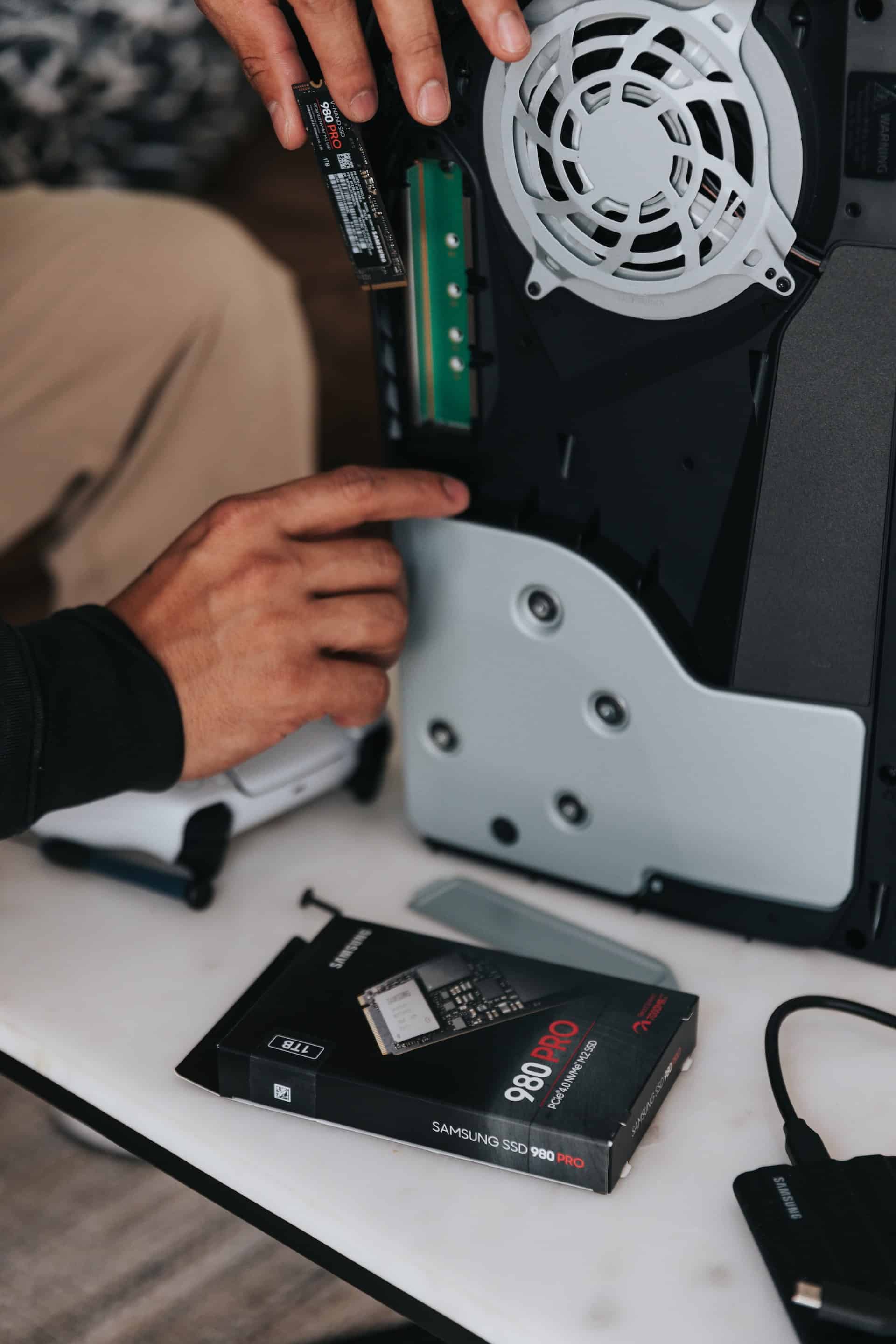