The History Of Chippendale Furniture 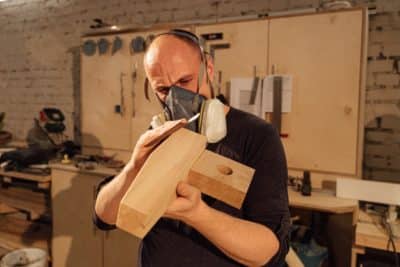 The Origin Of Chippendale Style

To understand where this design movement really began, you have to look at a book Chippendale published in the 18th century when Chippendale moved to London – The Gentleman and cabinetmaker’s Director – first published in 1754.

The Gentleman and Cabinet Maker’s Director featured Chippendale designs of different household furniture, including everything from simple chairs with plain chair backs, adventurous & luxurious corner display units to massive bookcases that offered a stylish storage solution for the rich and well-educated.

It was the designs in this book that gave rise to the Chippendale design movement. If you want to check it out for yourself, this book is still available for purchase and gives a very detailed look into what Chippendale’s style was at the start of the movement.

Wood – fine mahogany and cherry wood specifically, although it has changed with the late Chippendale style in recent years – characterizes all Chippendale furniture. That means Chippendale chairs, mirror frames, furniture pieces, tea tables, etc., were all mostly crafted from solid wood, especially dark wood. This may be owed to the fact that Thomas Chippendale’s father, John Chippendale, was a carpenter and taught Thomas the wood trade from a young age.

The chair backs could contain pointed arches in keeping with the gothic style Chippendale was influenced by, and antique furniture Chippendale chairs would often be made of mahogany and have distinct s-shaped curves to the piece. This often created drama and movement – something this style is definitely known for.

You can see the obvious Chinese Chippendale influences all across the design of Chippendale style pieces. Take China cabinets, for example. These often had glazing bars in a fretwork design that’s very common in Chinese furniture and features heavily in Chinese Chippendale pieces. Similar fretwork can be seen in Chippendale-style furniture today. Even classic ball and claw feet have an element of Chinese influence because of the intricate design of the Eagle claw foot grasping the ball – hence, the ball and claw.

The crafting involved in Chippendale furniture was insanely intricate and stylish, and this meant the pieces really stood out from other furniture of the day. Nobody before Thomas Chippendale had found the perfect balance between the artwork and practical, functioning pieces for the home.

But Thomas did, and that’s why his style is still so big today. Even after partnering with other designers such as James Rannie, he still made sure the pieces were expertly carved and beautifully detailed. Attention to detail was everything to Thomas, and this is clear in earlier pieces dating from around his time.

Other movements clearly influenced Chippendale’s career, and Chippendale worked these key design elements into his own pieces.

The Growth Of The Chippendale Movement

cabinetmakers the world over began to be influenced by Chippendale and everything from his Chippendale chair to his Queen Anne style cabriolet legs could be seen popping up in the work of other furniture makers after he published his book.

His ideas traveled from his workshop in London to the whole of the UK, Europe, and beyond into the American colonies, and many other cabinetmakers began to make use of his designs and ideas. But it wasn’t just his peers making use of his brilliant design ideas. Later generations, even designers today, make use of his work.

Antique pieces can be found from the Late-Victorian era (the early 1900s) to this day too, although they don’t have the same intricate carvings and attention to detail as the earlier pieces – so they don’t bring the same prices as true period Chippendale do. Today, Chippendale influences many designers when designing their pieces, and some even make a living by replicating Thomas’ older designs, which are still as popular today as they ever were.

Thomas Chippendale – A Thank You

Chippendale was not only hugely influential at his time, but his work still inspires others to this day. That’s pretty special. And we don’t know about you, but we think anybody who is capable of creating pieces that are still inspiring, and beautiful centuries later, deserves to be recognized for their contribution to English furniture design. So, thank you, Thomas Chippendale, for a design movement that puts English design well and truly on the map! 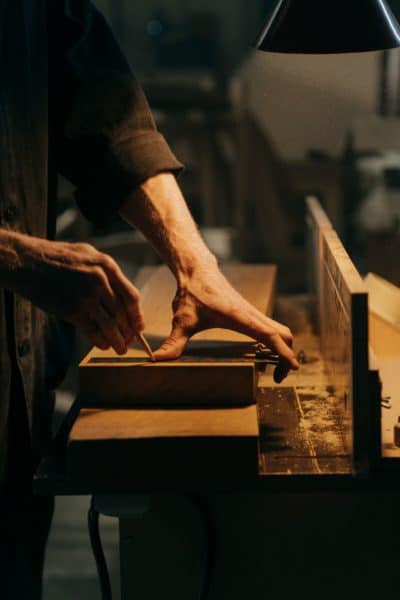